As the High Court finds in favour of Colleen Rooney, Legal Cheek’s Will Holmes explores defamation’s murky past 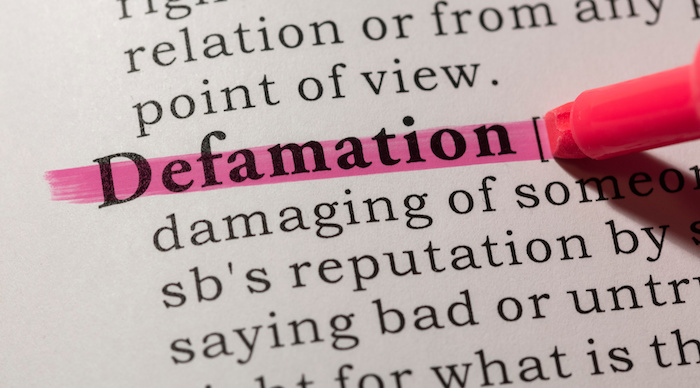 The case of Vardy v Rooney has caught the attention of many for its gossip revelations, curious explanations and even accusations of prevarication.

In the end, Coleen Rooney seems to have got what she wanted. In her judgment, Mrs Justice Steyn found that “Ms Vardy was party to the disclosure to The Sun of the Marriage, Birthday, Halloween, Pyjamas, Car Crash, Gender Selection, Babysitting and Flooded Basement Posts”. The case evaluated whether Rooney could establish the defence of truth and the defence of publication on a matter of public interest. The court has determined that Rooney succeeded in proving that the single meaning was substantially true, whilst dismissing the public interest defence.

But as Vardy’s lawyer, Hugh Tomlinson QC, noted during the proceedings: “There is going to be very little legal argument in this case”. What does come out of such cases is defamation’s very human history. Defamation has long been intertwined with various aspects of the law.

In the past, it was also a handy tool in criminal disputes where there were great hierarchical disparities between the parties. Take, for example, the servant Anna Miller who used to defamation to avoid a precarious legal situation. Her ill master had been poisoned by medicines that she had sent to pick up. However, she spotted the master’s husband Alianor Dulyne tampering with the medicines and quickly defamed her by blaming her for poisoning her husband.

Anna would have been unlikely to convince a court of her innocence back then owing to her lower social status. But such a claim created a new avenue for the truth to find its way out. Later, Alianor was overheard incriminating herself: “Thou strong hore hast then shewed hym that I have put some yn it”!

Defamation also took centre stage in the trial itself. A striking example of the latter is the trial of the Duke d’Orléans, the younger brother of famously insane King Charles VI of France, who was brutally assassinated and mutilated by around 20 killers in 1407. The sponsors of his murder, the ducal house of Burgundy achieved a quick pardon on the grounds that Orléans was a traitor thanks to the narratives crafted by his well-prepared legal team.

In doing so, Burgundy had effectively committed two murders: the assassination and the reputational damage to the Orléans. From then until 1413 ensued a curious legal battle between the two. As historian Emily Hutchison explains, the key issue being disputed — whether the killing was homicide or murder — was intimately connected to the parties’ reputations.

Although both punishable by execution, a verdict of homicide said something quite different about you than murder. Homicide was where the death in question emerged spontaneously, often as a consequence of a heated exchange. In such cases, “anger and passion usually drove the accused to kill, and honour was the driving force”, reveals Hutchison. So, this was really a defamation case wrapped up in murder trial.

Murder, however, had an element of backstabbing. It usually involved a secret hatred — “an enmity that was not made public and an act that was typically done in secret, under the cover of darkness or during a truce”. So, as well as intention, reputation and the honourableness of one’s actions were important.

Accordingly, the trial was full of denigrating epithets, stories of how Burgundy has been a fake friend to Orléans and how Orléans, controversial for his influence over his mad brother, was a traitor. Take this account used in Orléans’ defence: “when [Louis] had an illness just before the aforesaid murder against his person, and this man [ John of Burgundy] went to see and visit him at Beauté and in Paris, and showed him all the signs of love that brothers, cousins, relations, and friends can and should have and show to each other … which proves all too clearly that this was a very cruel and deadly betrayal”.

Although such accusations may seem trivial to the murder, this appears not to be the case. Both parties’ legal positions were centred on reputation. The ruin of a good name was the worse of the two murders.

As still remains the case today, defamation has primarily been used out of pragmatism. Only those with deeper pockets and whose status depended on their reputation have come to use it more liberally. Indeed, Vardy claimed she had no financial interest in leaking stories to the press. But its past is intertwined in various areas of the law. Regardless of whether you agree with the result or think Vardy v Rooney should ever have gone to court, the case serves to honour the fragility of social structures and the very human pain (in the case of the Duke d’Orléans worse than the multiple stab wounds) that goes with defending the valuable qualities of trust and reputation.

Sign up to the Legal Cheek Newsletter
Defamation High Court

Single and ready to mingle

26M, single and looking for a “strong hore”

Another excellent article. These articles are such a refreshing break from the usual pay war/gossip – really enjoy reading these!