From diabolical blood contracts to a demonic NYC law firm 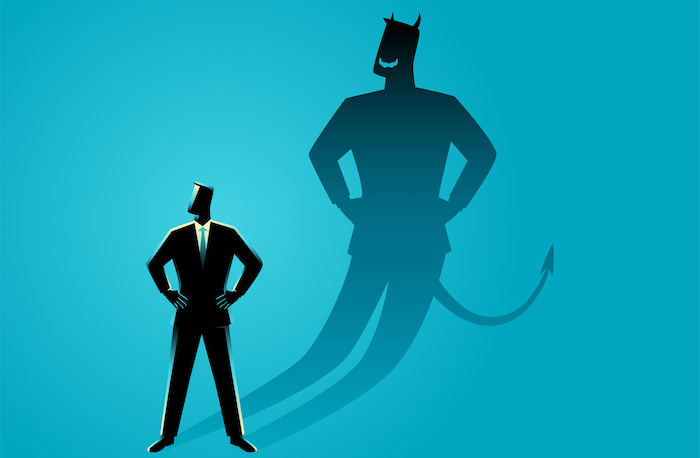 It may have escaped your notice that in a few months time it will be the 25th anniversary of the 1997 classic legal film The Devil’s Advocate.

For those unfamiliar, Keanu Reeves plays the talented young lawyer Kevin Lomax who is offered a job at a top City law firm in New York by its head John Milton who is played by Al Pacino. The film itself is something of a homage to the devil’s history with allusions to Faust, Dante’s Inferno and, most obviously, John Milton’s Paradise Lost. But what are the roots of the motif of the devil as a lawyer?

Literary historians have noted the shift between the devil’s depiction in the Old Testament, where he is rarely personified and prays on his victims, and the New Testament, where he takes a new tack by trying to usher the likes of Jesus Christ into a diabolical contract. This shift from outright victimisation to smooth-talking persuasion and negotiating devilish deals is the foundation on which Satan became a lawyer.

One of the earliest examples of the devil’s lawyerly qualities can be found in the famous account of the archdean Theophilus who made a deal with the devil. Through the medium of a practitioner of the dark arts, Satan negotiates a deal in which he will make Theophilus “rule over all” in return for Theophilus being his servant.

Indeed, the deal was any lawyer’s hell with as many formalities as most land contracts! In order to be binding, Theophilus had to publicly renounce Christ and Christ’s mother and the document had to be written out and signed and sealed by Theophilus. Later versions upped the ante by having Theophilus seal the contract with his own blood.

Unsurprisingly, the archdean very quickly came to regret his decision and tries to get out of the contract. Fortunately, the virgin Mary is on hand to help and does not seem to uphold the doctrine of pacta sunt servanda for such a “bond of apostasy with the seal of wax upon it” — she allows Theophilus to confess his sins and burn the document in a public ceremony.

The story of Theophilus which dates back to 537 AD was something of a viral sensation — by 1500 it had spread around Europe, being translated from its original Greek into Latin and a variety of different vernacular languages whilst proving to be an inspiration for many a stained-glass window and church fresco. You can see its influence in a German Dominican’s handbook on witch prosecution Malleus Maleficarum (“The Witches’ Hammer”) that he had written in 1487 following his time as an inquisitor. One of his unfortunate interviewees (apparently “a sorceress but converted”) who recounts an embellished version of Theophilus’ contractual formalities to get the inquisitor off her back.

Shortly after the immensely popular Malleus Maleficarum had placed a deal with the devil on some sort of legal footing, there were several legal cases of those who had entered into such contracts — even a Dutch play.

Another important text where the devil plays the role of a lawyer was the Processus Sathanae (“The Devil’s Lawsuit”), 14th-century law school required reading. I have discussed this in another article you can read here, but in short Satan takes on the role of a grumpy and meticulously rule-abiding barrister trying to sue for legal title over the human race so that he can damn them, whilst in the process bickering about the timing of hearings and getting annoyed at court delays.

What emerges from such practical legal guides is how the devil worked his way into legal education. By this point, the lines between literature and law were blurred and the connection between members of the legal profession and the devil had become an well-known motif.

Indeed, the connection might not be all bad with some turning the Satanic rep to their advantage. As US TV personality and entrepreneur Mark Cuban said of his lawyer Robert Hart in one interview: “Do I like dealing with lawyers? No. I hate it. I absolutely hate it. We’ve become such a litigious society that it is a huge drain on productivity. Lawyers may be Satan, but Robert is my Satan, and I trust him completely. He’s not only a trusted adviser, he’s a good friend.”

But with new motifs of lawyer heroism from Legally Blonde to She-Hulk: Attorney At Law, where are popular perceptions of members of the legal profession headed next?

What’s the age of readers on this site?

Not a fresher. A third seat trainee at a V10 US firm. I simply want the article as it will force my firm (and others too) to yet again consider their salary offering.

It plays a huge role in marketing and recruitment. These firms willingly polish whats released to websites like Legal Cheek and ROF, and HR teams at my previous firm (SC) and current firm (US) both see it as a key part of their strategy.