What we learned from an hour listening to five top lawyers 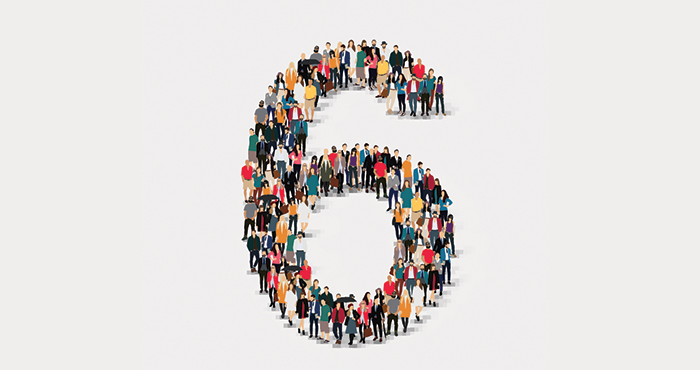 Ahead of the summer training contract application deadline, five lawyers gathered at the latest Legal Cheek and The University of Law (ULaw) Secrets to Success event in Leeds to share their wisdom.

Four were solicitors, from respectively Pinsent Masons, Walker Morris, Womble Bond Dickinson and ULaw (via DLA Piper and Addleshaw Goddard), while one was a barrister from Broadway House Chambers. An audience of 40 students asked the questions in a discussion chaired by Legal Cheek reporter Aishah Hussain. Here are the best bits.

1. Which animal is your future law firm?

One of the students asked the lawyers on the panel which animal each of their law firms most resembled. This seemingly jokey question proved to have a serious side as the speakers were forced to think about what made their respective firms different.

Peter Morley, a tax partner in Pinsent Masons’ Leeds office, drew upon his firm’s reputation for quality work, tech savvy and efficiency to liken it to a panther (which also happened to be his ten-year-old son’s favourite animal, he admitted).

Aaron Dixon, a commercial solicitor at Walker Morris, focused on his firm’s independent status (the single office outfit operates internationally through alliances with other independent law firms) and resourceful nature, to liken it to a shark.

2. Standing out from the crowd

Joining the solicitors on the panel was Niall Carlin, a criminal barrister at Broadway House Chambers who is also a senior lecturer at ULaw Leeds. Carlin had some great advice for pupillage and training contract hunters about standing out from the crowd: “Find a USP [unique selling point] to sell yourself around.” For Carlin, that USP was an interest in criminal law that went beyond mini-pupillages to see him do an internship through the UK charity Amicus ALJ where he worked on behalf of a law firm in Houston, Texas that represented indigent defendants on death row. “I’ve been asked about it in every interview ever since,” he recalled.

Before finding that USP, all the speakers agreed that it was important to find the confidence to “be yourself” in applications and at interview. For those from ordinary backgrounds without lawyers in the family, this can often mean first having to overcome “imposter syndrome”. Matthew Tomlinson, dean of ULaw Leeds, who appeared alongside Carlin, Graham, Dixon and Morley, pointed out that “educators have an important role to play in this respect, and indeed have a duty to help students build their confidence making applications as they progress through law school”. Tomlinson highlighted ULaw’s employability service as a key link between students and mentorship programmes and bursary schemes.

How ULaw is tackling social mobility

Graham, the comprehensive school-educated daughter of a miner, had some encouraging words to close this section of the discussion, telling the audience that “the opportunities are there for students who are not afraid of who they are and where they come from”.

The current uncertainty shrouding the UK as a result of the 2016 referendum vote to leave the European Union, and subsequent political logjam over how Brexit should be enacted, continues to hang over the commercial world. So far this hasn’t been too problematic for law firms, which remain busy as their clients turn to them for advice on their Brexit strategies and contingency plans. But a slowdown in transaction volumes if Brexit keeps dragging on risks filtering through down the line, noted Pinsent Masons’ Morley.

If a so-called hard Brexit does ensue, which appears more likely in the midst of the rise of Nigel Farage’s Brexit Party, then Womble Bond Dickinson’s Graham predicts a rise in litigation to offset a slowdown in transactional work. “In the event of a major event like that it would be normal to see some businesses looking to get out of obligations, such as commercial leases. Litigation tends to follow,” she said.

As to hedging against a downturn of the wider global economy that is in a late cycle phase following ten years of expansion, the speakers agreed that students would be best served by keeping an open mind about which practice areas they qualify into once they start their training contracts. ULaw’s Tomlinson told his own story of qualifying into a recession in 2009 as a junior lawyer at DLA Piper in this interview with Legal Cheek, while Walker Morris’ Dixon recalled how a secondment as a trainee to Jet2.com set him on the path to specialising in commercial law despite previously “having no clue” about which practice area was for him.

Whatever unknowns the future holds, the speakers agreed that a sure bet is that technology will dramatically change the legal profession in the years ahead.

Morley noted a shift in law firms “being reactive on legal tech to now moving much more onto the front foot”. It’s fair to say that his firm, Pinsent Masons, has been ahead of the game in this respect, with its longstanding research and development team having developed artificial intelligence tools (AI) before the technology went mainstream. As we heard from Pinsent Masons previously the AI is being used to drive significant efficiencies in practice areas such as banking & finance.

Tomlinson added that tech skills are becoming ever more important for future lawyers, a trend ULaw has responded to by launching new LLB and LLM programmes that bridge innovation and technology with law.

One of the most significant advances of recent years has been a new freedom to work from anywhere thanks to high-speed internet.

All the lawyers on the panel reflected that these days they could be acting as much for local clients as companies based long distances away. Morley’s team at Pinsent Masons, for example, is split between Leeds, Glasgow and London, with location largely “irrelevant”. Graham spends her time working seamlessly between Womble Bond Dickinson’s offices in Leeds and Newcastle, while Leeds-based Dixon has a diverse client base that reflects Walker Morris’ local, national and international links.

Still, there was agreement that it helps to be located in a thriving local economy — a term that clearly applies to Leeds right now as Channel 4’s move to the city sees it become an increasingly important digital media as well as commercial and finance hub.

With all the pressure to become a tech-savvy commercial awareness guru who understands law firms perfectly, it’s easy for students to lose perspective on their training contract quest. To anyone in this position, Graham had this message:

“Don’t take yourself too seriously and remember to enjoy your life. Look up at the sky, smell the roses, because before you know it, you’ll be in your 50s wondering how all this happened.”

Good luck with those applications!