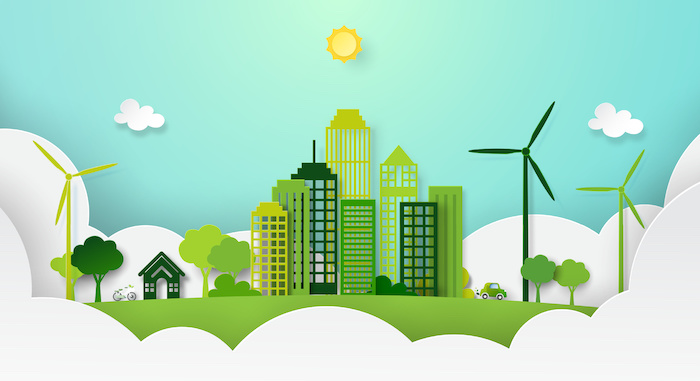 Legal Cheek’s latest virtual event saw a pair of White & Case lawyers, specialising in energy, infrastructure and project finance, giving their takes on where the global economy is headed, the growth areas of the future and financing deals in the post-COVID world. Here are the highlights.

The coronavirus crisis has renewed the focus on climate change. The panellists were in agreement that the energy and infrastructure practice area will thrive over the next decade. Kamran Ahmad, senior associate at White & Case ( who will become a partner at the firm next month), said that whilst there are plenty of conventional energy deals on the table, many clients are looking to plant the seeds for a greener future. Lauren Vallender, associate, added that renewable energy has been on the agenda for many companies for a while and they are now looking to invest in resources like solar assets and wind farms.

It has been a mixture of political pressure and consumer demand that has encouraged clients to create more environmentally-friendly policies and practices. Ahmad spoke about a recent solar energy deal that White & Case closed in the Middle East. Vallender noted that there is not necessarily a trade-off between following environment, social and governance (ESG) regulations and commercial profitability, with increasing numbers of shareholder activists tabling ESG issues to boards of public companies. Both are necessary for a greener future.

Although the pandemic has impacted economies worldwide, it is predicted that emerging economies will continue to grow rapidly in the post-COVID era. Ahmad compared the UK response to China as the Chinese have developed the infrastructure and logistics to test entire cities for the coronavirus for months, whilst the UK is only beginning to do so with the trial in Liverpool. He also talked about White & Case’s contribution to delivering projects in Africa that have been brought about by growing demand for investment in human capital.

The discussion moved on to the Nacala Corridor Railway and Port project that White & Case senior associate, Deji Adegoke, previously spoke to Legal Cheek Careers about. Ahmad gave his take on the $2.3 billion financing deal which was unique in that it had global sponsors such as the Brazilian company Vale and the Japanese company Mitsui. The project straddled two borders making it complex to navigate. Vallender spoke about her experience working on a $20 billion liquified natural gas (LNG) project in Mozambique. This was another unique deal which had many moving parts and logistical and political challenges.

Looking to the future, Ahmad said that the future of financing deals depends on the type and location of the project. Risky political locations and projects will likely require more traditional financing methods with export credit agencies providing cover to commercial lenders. However, hybrid financing structures involving a mix of funding sources are becoming a more attractive option, said Ahmad.

Which areas of the economy will thrive in the next decade – and what will this mean for lawyers?

Which areas of the economy will thrive in the next decade – and what does this mean for lawyers? White & Case LLP partner Kamran Ahmad shares his thoughts #LCCareers

Owing to the pandemic, Ahmad and Vallender agreed that increased remote-working is here to stay. Students were told that remote-working has worked well at White & Case so far. Having previously jetted around the world for his work, Ahmad said that White & Case has continued to attract high quality, high value matters that are completed entirely virtually.

The discussion moved on to the speakers’ career journeys and advice they could share with the audience. Vallender advised aspiring lawyers to ask lots of questions and get involved with networking opportunities. As someone who decided law would be the ideal career path for her after completing her first year of university, Vallender said that every work experience is valuable, even if it is not necessarily legal.

Having trained at a magic circle law firm, Ahmad moved to White & Case in 2013 for the international exposure and opportunities, he said. He has moved around throughout his career and has experienced working in-house with Barclays as well as on secondment with Morgan Stanley and RBS. He advised the audience of over 600 students to not “be afraid of change and be versatile”, and to always welcome new opportunities.