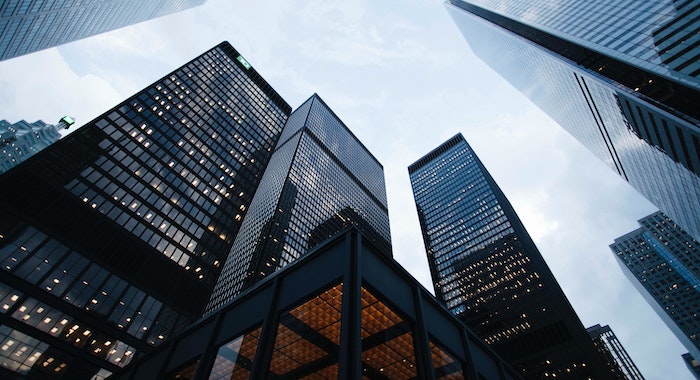 International commercial arbitration is widely perceived as an autonomous dispute resolution mechanism that relies on the all-important doctrine of party autonomy. This doctrine, in the arbitration sphere, calls for the freedom of the parties in determining the procedure of the arbitral process, substantive law, and all aspects of arbitration. This is not universally accepted, however, as the arbitration climate is engulfed by two competing theories — the seat theory and the delocalisation theory — with the former calling for an interventionist approach on the part of the national courts and the latter calling for a non-interventionist approach.

Delocalists — doctrine of party autonomy should be upheld

Recent scholarship has addressed this theoretical conundrum and they appear to stand in favour of the delocalisation theory for it stands up for the doctrine of party autonomy the core fabric of international commercial arbitration. Indeed, the very roots of this theory arose when unwarranted judicial intervention came about. It opposes the seat approach as the autonomy of the parties in enforcing and having their awards recognised would be restricted to the jurisdiction in which the award was rendered. To illustrate this proposition, one can refer to the case of Hilmarton Ltd v Omnium de Traitement et de Valorisation [1997]. Here, the seat of the arbitration was agreed upon by the parties to be Geneva — a jurisdiction where the arbitral award was successfully challenged by the claimant in the Swiss Courts. The arbitral award was subsequently successfully challenged by the claimant in the Swiss Courts. The defendant, however, enforced the award in the Court of Cassation in France and the French Court, in recognising the award, pointed out that “the award is not integrated in the legal system of that State, so that it remains in existence even if set aside and its recognition in France is not contrary to international public policy”.

Again, in Société PT Putrabali Adyamulia v SA Rena Holding [2007], where the French Court, in recognising an already-annulled award in another jurisdiction, ruled that “an international arbitral award, which is not linked to any national legal order, is a decision of international justice, whose validity is reviewed in accordance with the rules applicable in the country where its recognition and enforcement is sought”. From this, we can see why the delocalisation theory is favourable for it has legal standing from the courts and the law — Article V(1)(e) of the New York Convention confers upon the courts of the signatory states the power to enforce awards that were previously annulled by the courts of another signatory state.

As convincing as they appear to be, the arguments posed by the pro-delocalisation camp attracted a broad range of criticisms from scholars and academics. Indeed, the delocalists may argue that the place of arbitral proceedings was chosen to assure “neutrality” and ought not to be an implicit expression of the parties’ intent to subject themselves to the law of the seat of arbitration. However, how can an award that was annulled by one jurisdiction be enforced and recognised as a good award in another? This approach of a “drifting arbitration” not only creates a major commercial uncertainty and a threat to the interests of justice, but it renders the ruling of the court that annulled the award irrelevant and undermines the jurisdiction and the integrity of that court. In addition to that, it also gives no finality to the already-annulled award.

Indeed, the arbitral process is usually conducted without any reference to the lex arbitri as there is minimal room for its application. What happens, however, when the arbitration calls for a support that only the courts can provide? This is evinced from the use of interim and preliminary measures whereby the parties are required to refer the matter to court for such orders to take effect as the arbitral tribunals do not possess the jurisdiction to order interim and preliminary measures unless it has been assigned or has the authority to do so for it requires the force of law to take effect.

Not only that, but the arbitral tribunal becomes funtus officio once the award has been issued and, to reap the fruits of the award, the national courts are required to deal with any pre-enforcement issues. Moreover, the proponents of seat theory have argued that when there appears to be “deficiencies” or “irregularities” in the arbitral award and the arbitral process, the courts are the only recourse for the adversely affected party to appeal. On top of that, the rights of the parties to arbitrate were derived from the national laws. As such, it’s only right to permit the national laws and courts to oversee the process of arbitration.

More importantly, the arbitral tribunal becomes funtus officio once the award has been issued and, to reap the fruits of the award, the national courts are required to deal with any pre-enforcement issues. Moreover, the proponents of seat theory have argued that when there appears to be “deficiencies” or “irregularities” in the arbitral award and the arbitral process, the courts are the only recourse for the adversely affected party to appeal. Furthermore, in terms of legal reasoning, the rights of the parties to arbitrate are themselves derived from national laws and this may be viewed as an implicit indication that the arbitration should be subject to the supervision and monitoring of national laws and the national courts.

From the above, we can see that the arguments from the proponents of the delocalisation theory are neither baseless nor unfounded. Indeed, the reigning doctrine of party autonomy should be at the forefront of every decision with regards to international commercial arbitration and this can easily be achieved by adopting the delocalisation approach as it gives the parties freedom to enforce their awards wherever and however they deem convenient without having the authority of the courts hanging over their heads. However, the freedom of the parties to enforce their awards despite the award having been annulled will undermine the integrity of the courts and the author believes that this is not at all intended by the court enforcing the already-annulled award. In fact, the courts are legal experts in comparison to the parties — who are mere mortal beings.

It therefore does not make sense to allow the parties to roam around the arbitration process freely with unfettered power to make substantive and procedural laws when they have limited knowledge as to the effect of the laws that they are making. As such, marrying these with the security blanket insured by the national courts, the author strongly believes that the seat theory is the more proportionate approach in achieving its objectives.

Teck Sing Voon is a first class law graduate from the University of Leicester.