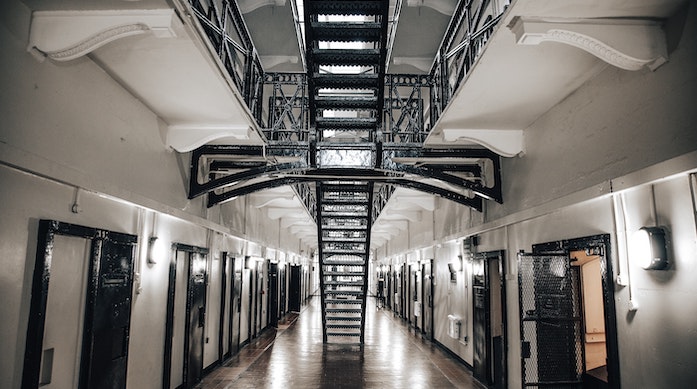 It is not surprising that prisons are a hotspot for the spread of viruses; overcrowded and unsanitary conditions make for a deadly concoction.

Even before the pandemic took hold of the UK, the prison population in England and Wales, under the Ministry of Justice’s definition, exceeded the limit of inmates that allows for “safety and decency” by nearly 6,000 men and women.

Prisons lack sufficient resources and cell space to manage dangerous, highly contagious viruses such as COVID-19, particularly as adequate sanitation has long been an issue. Prison health facilities simply do not have the capacity to treat a large number of inmates at any one time. The knock-on effect is that inmates would then require treatment from the NHS at local hospitals, putting a huge strain on resources and treatment available to the public.

In some prisons, such as Durham HMP, overcrowding has made social distancing and single cell occupancy a practical impossibility with approximately 100 new inmates arriving per week. Shocking revelations have recently come to light that inmates displaying flu-like symptoms are being placed in cells with inmates who have tested positive for COVID-19, known as “cohorting”. It has also been reported that prisoners are being forced to spend 23 hours a day in their cells to combat the outbreak. These practices arguably breach the duty of care the government has for the health of those incarcerated and potentially pose a very serious breach of human rights — they must not be allowed to continue.

On 4 April the Ministry of Justice announced plans to release early on licence up to 4,000 inmates who pass a risk assessment and were due for release within two months. On 27 April the Lord Chancellor, Robert Buckland, announced only 33 prisoners had been released, telling the Commons that those released included pregnant prisoners and women in mother and baby units.

Stagnation of the widespread release of inmates followed an “administrative error” that saw the mistaken release of six low-risk men. Despite the scheme having since resumed many are now calling into question whether a total halt in the early release scheme was necessary given the implications of a temporary cessation at this time. Administrative errors aside, two charities, The Howard League for Penal Reform and the Prison Reform Trust have issued a letter before claim for judicial review against the Lord Chancellor for the delays, claiming the action has been so slow that it renders it unlawful.

In addition, Public Health England has warned that the government’s pledge to release thousands through early release will not be enough and 15,000 prisoners should be released to prevent the complete overrun of local hospitals.

It is clear that taken at its highest and swiftly implemented, the government’s pledge for release would still likely fall short of action capable of mitigating the rapid spread of COVID-19 in prisons, risking thousands of lives.

It will not be long before we can establish the full extent of the damage these delays have caused, but the risk to the health of inmates, prison staff and the general public is growing by the second.

Many European countries have responded with expedition and force to tackle the COVID-19 prison crisis, Austria (and parts of Germany), for example, is deferring prison sentences shorter than three years for non-dangerous offenders. France has reduced its prison population by 10,000 within the last month and Italy by 6,000 in the last 6 weeks.

Why is it that the government of England and Wales has been so slow to implement fairly modest plans for release? How many lives could have been spared? Once the pandemic passes these are just some of the questions that warrant lengthy explanation.

Beyond immediacy and in the not so distant future we should not forget to question why these low-risk, non-violent offenders receiving short sentences were in prison to begin with. Prison should be a last resort; short sentences for non-violent individuals, not long enough to effectively rehabilitate and not in place to protect the public lack a beneficiary. A shift in focus is needed from deterrence to rehabilitation in the passing of sentences.

It is easy to pass a prison sentence, it’s easy to ignore the root causes of offending but the justice system should no longer shy away from facilitating effective rehabilitation yielding the all-important by-product of a reduced prison population.

Prisons that are not overcrowded are irrefutably better managed; access to educational or rehabilitative courses is increased, closer staff to inmate relationships are made and trust is built. These features all contribute to increasing rates of rehabilitation, reducing the likelihood of reoffending — the benefits are cyclical and something we should no doubt strive towards moving forward.

Claudia-Lauren Williams is an aspiring barrister. She completed the BPTC at BPP University Law School, and will be heading to the University of Cambridge from October to undertake a masters in criminology.

Great piece … unfortunately very true unconvicted prisoners down to 2 visits per month rather than 5 per week. If an undoubtedly breakout happens on a crowded wing no visits take place for 28 days.