Investing in UK-listed outfits may be profitable, but there are associated risks 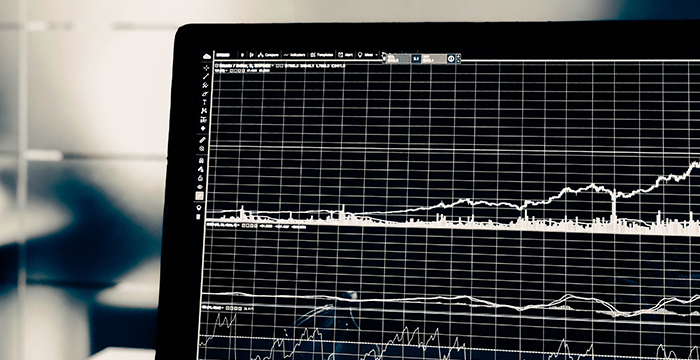 One of the most profitable trades in the equity market this year has gone largely unnoticed: investing in UK-listed law firms.

To date, there have been five law firm listings in total: Gateley, Gordon Dadds, Keystone Law, Rosenblatt and Knight. Excluding Knight due to its short tenure as a listed company (went public on 29th June), on an equal weighted basis, investing in the four law firms from the day of listing would have produced a total return of 59% for the investor, and a year-to-date performance of 31%. In comparison, the FTSE 100 index in the past three years only returned 14%, and its year-to-date is up 0.6%. Furthermore, the recent initial public offering (IPO) of Knight has been a success: share price surged 21% in its debut, highlighting investors’ continued interest in the legal sector. This staggering contrast between the numbers makes law firms appear an attractive asset class to invest in.

The legal industry is, in fact, one of the world’s most lucrative markets. Its size is enormous: according to a report published by Thomson Reuters’ Legal Executive Institute, the US legal market alone was worth approximately $437 billion (£330 billion) in 2016 (more than double of, for example, the global auditing industry which was valued at $210 billion (£158 billion) in 2017).

Yet the legal industry has, for a long time, been excluded from the public realm. It was not until the Legal Services Act 2007 when outside investment in law firms became a possibility. With four law firms already listed, the pipeline to join them is likely to be strong (DWF and Fieldfisher are two names in the mix). In light of the heat-up of this new IPO market, the question to pose now is — should we invest in law firms? This article is going to make a case for the affirmative but also highlight some of the associated risks.

Return on equity (ROE), a much-cited ratio for analysing businesses and accounts, is very high for law firms. A quick modelling reveals that Gateley’s ROE for the financial year (FY) 2017 stood at 44% and 42% for FY2016. The number is even more staggering for Keystone Law, whose ROE stood at a whopping 605% for FY2015, 93% for FY2016 and 60% for FY2017. The subsequent decrease in ROE for Keystone is due to retained earnings turning positive in FY2016. To illustrate the significance of these figures, the average ROE of all US banks for the first quarter of 2018 is only 12%.

It would, however, be a mistake to put too much emphasis on law firms’ ROE figures. Compared to investment banks, law firms are not capital-intensive businesses as they are not usually required to lend capital to clients or be market makers. Law firms are labour-intensive businesses instead. Their main costs are salaries for employees (and in the case of listed law firms, remuneration for its directors and top executives) and rent for offices. The rest are profits distributed to owners. Given this business nature, the ROE figures are understandably high.

Furthermore, the ROE figure could easily be manipulated. Lower level of compensation for directors means more profits attributable to shareholders. This in turn boosts ROE, as it would increase net income on the firms’ income statement. There is also ample incentive to do so — after all the profits will be distributed to the owners anyway, just not in the form of salaries but dividends. This also comes with the additional benefits of a lower tax rate on dividend income.

The case for investing in law firms

ROE aside, there are two catalysts why one should consider investing in law firms. Firstly, there is huge potential of growth for law firms through M&A. The legal market remains highly fragmented, and growth could be achieved through strategic acquisitions. Gateley’s revenue increased by 17% from FY2016 to FY2017, which, compared to the wider UK industry which has grown by just 3.8% from 2016 to 2017, seems remarkable. The company cited strategic acquisitions as the main driver behind its growth, and synergies arising from mergers drive cost-saving initiatives.

Secondly, the outside capital raised could be used to enter into more capital-intensive businesses. A key example would be litigation funding. Rosenblatt emphasised its plan to allocate approximately £5-£7 million of proceeds from the listing to its in-house litigation funding business, and justifiably so.

Third party litigation funders have been a bright spot of the industry so far and as of November 2017 they have raised more than £10 billion. The business is profitable: a 150% to 300% return on investment from a successful case is considered typical. Industry leader and AIM-listed Burford Capital’s share price have increased more than 80% in the past year. Given how profitable the business is, it makes sense for litigation focused law firms to explore the options to provide funding in-house.

Perhaps the biggest risk factor is the lack of evidence of stable earnings revealed by some of the listed law firms. This makes predicting future earnings and valuing the business difficult.

Take Rosenblatt as an example, its prospectus reveals profit year over year decreased by 84% in FY2016 and increased nearly tenfold to 954% in FY2017. This is despite its revenue staying relatively stable. The huge swing of profitability is attributed to the increase in personnel and financing costs in FY2016. And yet, although the accounts provide a breakdown of personnel costs, neither the accounts nor the notes in the admission document provide any explanation as to why there was a spike in personnel costs in FY2016. Some further explanation from management would be welcomed.

In addition, the limited public information available also makes valuing law firms a more difficult task than that of other professional services businesses such as banks and asset managers.

There are still uncertainties surrounding how law firms should be valued and what businesses are suitably comparable. The pool of listed law firms is limited, and within the group there is also much variety (for example, Gateley is a full-service national law firm, while Rosenblatt has a litigation focus). It also goes without saying that these listed firms need a couple more years to build up track records (for most of them only three years of financial accounts are available) and investors would be interested to observe how law firms perform in different economic circles.

The UK-listed law firms all entered the market from 2015 onwards, at a time of economic expansion and recovery. Many have, however, predicted that we are at the peak of the cycle now and an upcoming downturn is inevitable. Corporate and finance-focused law firms are likely to be affected the most, while litigation law firms would likely be more immune to a slowdown in economic activities. It would be interesting to observe how resilient law firms as a whole can be in less rosy times.

To conclude, investing in law firms appears to be a profitable trading strategy so far, but the success can mainly be attributed to two factors:

(1) The valuation discount investors placed on law firms initially due to fear of uncertainties, and thus the relatively conservative valuation at the point of floatation;
(2) The IPOs all happened at peak times of the industry and at a time of strong economic recovery.

There is no doubt that law firms are amazing businesses, and the growth story is likely to remain intact — after all, consolidation is much needed in the industry and capital-intensive businesses such as litigation funding is likely to continue to shine. But just bear in mind that, like all investment strategies, investing in law firms is not going to be a one-way trip. As the classic saying, caveat emptor, goes: let the buyer beware.

All market prices/year to date figures are correct as of 10 July 2018.

Clive Wong is currently a financial analyst with a leading global investment bank. He focuses on advising clients on investment strategies and covering clients in the greater China region. He attended the University of Cambridge and obtained a master of laws, and graduated from the University of Birmingham with a bachelor of laws.