KCL postgrad Emma Diack looks at the changes ahead 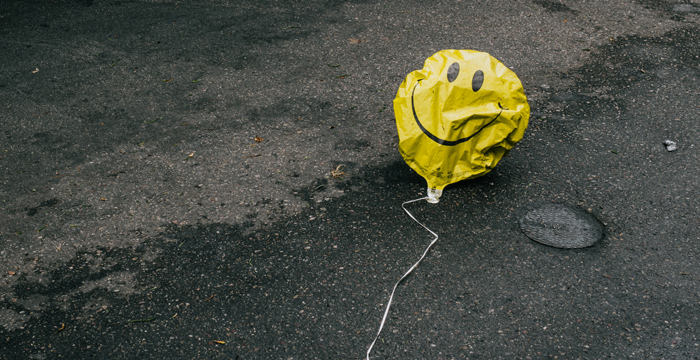 This month, the UK’s Mental Health Act review, chaired by psychiatrist Simon Wessely, delivered its final report and recommendations on altering the current legislation surrounding the treatment of those suffering from mental disorders. In October 2017, Theresa May announced an independent review of the Mental Health Act to address rising detentions, racial disparity in the use of the Act and concerns about human rights and dignity. The final 206-page report is considered to be a major event for mental health in England and Wales.

Statistically, around 50,000 people are sectioned under the Mental Health Act each year, and the review indicates that “they should be able to set out how they want to be looked after and challenge doctors’ decisions about them.” While it was understood by the review committee that there is in fact no easy solution to the “underlying tension in mental health law between the autonomy of the patient and the safety of the patient and the wider public,” they strove to recommend the best possible outcome.

Under the Mental Health Act 1983, treatment is vaguely defined as “tackling symptoms and manifestations of a condition, as well as the underlying disorder.” Essentially, a ‘sectioned’ patient “can be treated for their mental health condition completely without consent,” with three exceptions being medication beyond three months, psychosurgery, and electro-convulsive therapy. The review believes this legislation to be archaic and in need of reform, that we need to “rebalance the system” and assert patient choice and autonomy as the primary concern. Recommendations included “advocates for all mental health inpatients (whether voluntary or detained) without having to ask for one;” “introducing advance choice documents;” and “more scope for tribunals to respond to people’s concerns about their care.”

Following the report’s publication, the Department of Health and Social Care has indicated that it will accept two of the 154 recommendations and implement them in a new piece of legislation. This new Mental Health Bill will transform mental health care. The two recommendations that the government is accepting are firstly that those “detained under the Act will be allowed to nominate a person of their choice to be involved in decisions about their care.’ This will be an extreme improvement and a move away from the ‘nearest relative’ procedure which is considered not to reflect modern societal relationships. Secondly, individuals will be able to “express their preferences for care and treatment and have these listed in statutory ‘advance choice’ documents.” We will have to wait until the New Year before the government will issue a formal response. However, change is “pressing and urgent” so we may expect for more recommendations to be adopted in the future.

Even more recently, Mental health charity Mind Cymru has urged the Welsh government to review their mental health framework. As mental health services are devolved and operate under a different framework it may be necessary for the Welsh system to be reviewed in the future.

However, the report is not without its critics. Perhaps the main observation has been that it fails to account for the discriminatory aspect of detaining patients under the current legislation. “The issue of racial inequality in our mental health system is well established.” It is unfortunate that there is an overrepresentation of those from BAME heritage “in the use of compulsory powers.” Although the issues of racism and discrimination are effectively raised, “it does nothing to consider how they might be addressed.” Critics urge “there be a thorough consideration of the factors that lead to the over-representation of ethnic minority people detained under the Act and how they operate’ when the government formally legislates on the review.

Sir Simon Wessely’s report ‘Modernising the Mental Health Act: Increasing choice, reducing compulsion’ is considered to be a substantial victory for the mental health system. Of these recommendations, two of them are to be adopted by the UK government. This can signal a victory for autonomy. We shall need to wait until January for the government to produce formal legislation, and perhaps in the future more of the recommendations will be adopted and thus, grant further rights to individuals who fall under this legislation.