Few argue that the Domestic Abuse Bill will settle disagreements on consent in law, but fruitful discussions cannot begin where there is no agreed starting point, says Lancaster Uni law student Haitham Salih 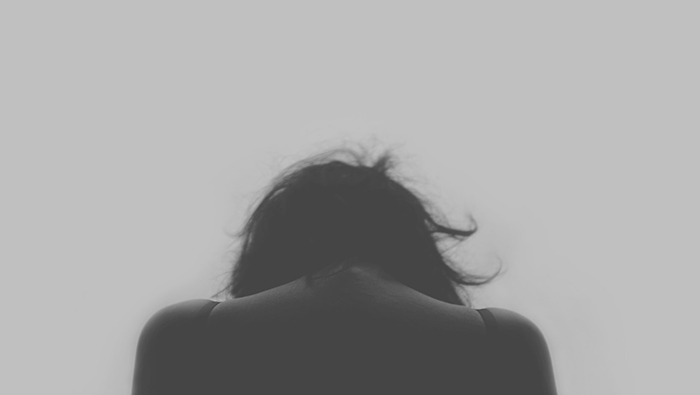 The banning of the ‘rough sex’ defence for violent crimes is certainly not a conclusive step in the protection of vulnerable victims.

However, it is undoubtedly progress in ensuring perpetrators of heinous crimes are appropriately sentenced. Further, it should help to prevent the unjustifiable ‘secondary victimisation’ of the individual by prohibiting the besmirchment of their character. Importantly, doing so in a manner congruous with the existing legal framework for sex offences and the role of consent.

For context, the ‘rough sex’ defence, also known as the ‘50 Shades of Grey‘ defence, refers to a claim made by a defendant mostly in a case of homicide during sexual activities. A claim stating that the victim had consented to having serious harm inflicted upon them for sexual gratification, so they must lack the intent to kill or cause grievous bodily harm. The veracity of these claims is often contested, as well as whether it should even be a relevant factor worth considering at all.

The claim that a victim’s death was caused from sexual acts gone awry is not new to the courts, despite not being a recognised defence for homicide. Nonetheless, it has been used at least 60 times in the UK, according to activist group ‘We Can’t Consent To This’. Of these killings, it is claimed that 45% have resulted in reduced sentences, altered charges to a lesser offence, acquittal or even no charges at all. In the past decade we have seen a 90% increase of such cases which, hopefully, soon decline. The perpetrators should going forward have commensurate charges brought against them, and sentences imposed on them that befit the depravity of such conduct.

Strangulation to the point of death (among other injuries) that occurred in the, now infamous, killing of Grace Millane show what appears to be the shameless use of the ‘rough sex’ defence employed in circumstances that appear entirely to show the opposite. Perhaps, it is regarded a convenient tool. Dr Stuart Hamilton notes it is hard to disprove a lack of intent since in autopsies there is little distinction. He says:

“If you strangle someone deliberately in order to kill them or if you’ve seen something on the internet and decide to give it a go and it goes horribly wrong, the physical findings aren’t going to be all that different.”

Additionally, to account for its rising relevance, such practices in the bedroom seem to be becoming more relatable to the public who are increasingly participating in these types of conduct. It is unclear why the defence is being used more still; a sentiment echoed by Dr Samantha Pegg, criminal law lecturer at Nottingham Trent University. She says:

“It does seem over the last year or so that there has been absolutely a significant shift and people do seem to be using that excuse of sadomasochism. It might just be that shift in culture and they think a jury might believe them, or in fact it might be true.”

The trial process is unfortunately often traumatic for victims and witnesses in the best of times. Nowhere might this be truer than in victims of harrowing sexual violence who later become victims once more to the ‘sex gone wrong’ defence. Sinisterly, it reframes the crime itself, as though the woman not only brought about her own assault, but that the men helplessly acquiesced to their victim’s request. Inconceivable mental gymnastics are at play here, substantiated by a perverse trawl through their victim’s sexual history.

One may argue that the ban on this defence is an inappropriate delve into the intimate matters of private individuals and what they are free to consent to, that it is wrong to interfere in what happens to allegedly consenting adults. This argument fails when such a violation of the private lives of the victims is necessitated whenever the defence is invoked.

Further, one simply cannot fathom the pain the victim’s families must endure hearing these potentially false assertions on the part of the defendant against their loved one who may no longer be with them. In those cases, the victims have neither the opportunity to defend themselves nor provide their own account. Millane had, without her consent, her alleged sexual disposition speculated upon by the defendant as well as the media who reported all of it. It is highly probable that none of the victims would have approved of these disclosures to the public which will not appear in this article for that reason.

The publicising of this invasive ‘information’ will likely deter victims and their families from speaking out against their aggressors and seeking justice in the courts. There are enough hurdles to clear and sources of pain for families in that position, that we should not be enabling defendants to create more without good reason.

There is sufficient reason for this ‘change’ in the law beyond the moral justifications. The approach taken to determine the extent to which someone can give legal consent to harm is one of category-based exemptions. An example of exemptions made societally can be found in R v Barnes which demonstrated that engaging in some sports gives implicit consent to the risk of harm even including grievous bodily harm.

The main authority on consent to harm in sexual matters is R v Brown that states that consent cannot be given lawfully in sadomasochistic activities which do not form an exemption. This is generally the approach taken by the courts though it is fair to say that cases like R v Wilson that seem to be diametrically opposed muddy the waters.

Accordingly, Dr Pegg believes the newly passed bill would change virtually nothing, merely consolidating the existing position of the courts.

“At the moment it’s no defence at all to say that person is consenting, because of Brown. People certainly can’t consent to being killed, they can’t consent to injury which amounts to actual bodily harm if it’s in the course of S&M.”

The provisions of the newly passed bill, the Domestic Abuse Bill 2019-21, regarding the ‘rough sex’ defence may consolidate the existing common law position, but what of its legitimacy in relation to relevant statues?

Unsurprisingly, we find our focus primarily on the Sexual Offences Act 2003, particularly considering its aims. A Home Office review in 2000 outlined many objectives that gave rise for the need for the statute. One principle worth noting is that:

“[T]he criminal law has a vital role to play … where society decides that children and other very vulnerable people (including victims of sexual abuse) require protection and should not be able to consent. It is quite proper to argue in such situations that an adult’s right to exercise sexual autonomy in their private life is not absolute.”

As important as this principle is the statement that the statute was brought about to give clarity to the “patchwork quilt of provisions ancient and modern that … [lack] coherence and structure”.

The success of the statute in achieving these aims is disputed but the legitimacy of such goals are not. The proposed changes to the laws of consent in the new bill should make progress in pursuit of these aims. The application of the ‘rough sex’ defence has consistently been contentious, and laws that settle a conflict in the common law should be welcomed. Certainty and transparency are key principles to uphold in maintaining the rule of law.

Critics of the bill may argue that if real consent was given by the victims and the tragic results were genuinely accidental, then the defence is reasonable and that it is a mitigating factor relevant at least in sentencing. However, whether this is agreeable is not that pertinent as a question of current law. The position has been, for over 25 years, that consent for such activities is not recognised legally.

Therefore, the question that ought to be posed is; given the current common law position, should consent of the victim be an admissible factor in cases of sexual conduct that results in serious harm?

From this reformulation of the question, it seems clear that it could not logically be found to be a relevant factor in one’s defence unless the underlying position on consent to harm as part of sadomasochistic activities were to change.

Until then, the bill provides a logically coherent and clear resolution; without any consensus families and victims have suffered nothing short of smear campaigns, and many repugnant crimes have not been met with appropriate charges or sentences.

Few argue that the bill will settle disagreements on consent in law, but fruitful discussions cannot begin where there is no agreed starting point. I hope and believe that this proposed change, due to be debated in the House of Lords still, will be the first step in the right direction to protecting victims and ensuring justice is served.

Haitham Salih is a first-year law student at Lancaster University. He has an interest in commercial law.