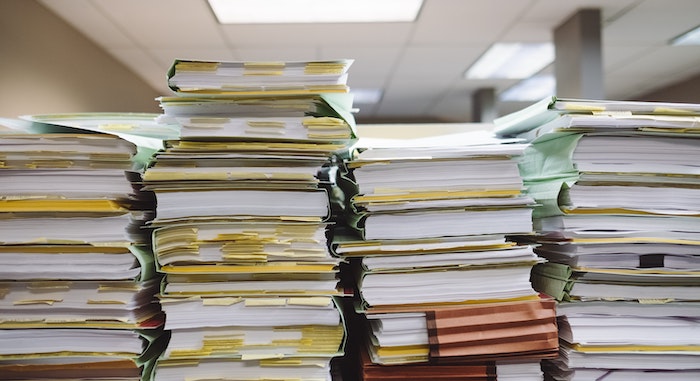 Freedom of information (FOI) appears to have declined under the current Boris Johnson government, and it’s a serious issue. In April, more than 110 MPs, journalists and campaigners frustrated by escalating government secrecy signed an open letter to the Information Commissioner calling for the government to stop breaching the Freedom of Information 2000 Act (the 2000 Act). They complained of ‘increases in late responses, stonewalling, public-interest-test delays, repeated misuse of exemptions, as well as opaque and inconsistent monitoring and enforcement’.

Under section 10 of the 2000 Act, public authorities must respond “promptly and in any event not later than the twentieth working day following the date of receipt”, however the government’s figures show the Cabinet Office answered 64% of freedom of information requests on time in April-June 2020, a staggering reduction from 2017’s figure of 95%, as reported by the Independent newspaper on 25 September 2020.

Perhaps this could be explained by the government’s exploitation of an exemption to section 10: authorities may extend the response period where more time is needed to consider the public interest. For example, in early 2020, openDemocracy requested information from the Ministry of Defence in relation to its officials and Andrew Sabisky, a former advisor to the prime minister. A response was not received until 196 days later.

While the current government may pose a threat to FOI, previous incumbents are far from blameless. Britain has never really embraced the idea of open government, even after the introduction of the 2000 Act. To make this point, I shall first recount the FOI regime in the 20th century, as well as the difficult early years of the 2000 Act. I will next briefly point out two landmark cases that showed real progress. In my final remarks, I will tentatively suggest reform proposals for the troubled regime.

Piecemeal developments in the 20th century

Relative to its democratic friends and partners, the British government was extremely secretive in the early 20th century. Across the pond, President Lyndon B Johnson signed into federal law the Freedom of Information Act in 1966, and Australia enacted a statute of the same name in 1982. Yet, until 1989, the Official Secrets Act 1911 meant it was a criminal offence to disclose government information.

However, it would be unfair to say that no progress was made. Piecemeal developments started with the Wilson administration in the 1960s and accelerated during the 1970s. In fact, but for the 1979 election, Clement Freud’s Official Information Bill could have become law. While the appointment of Mrs Thatcher, who famously opposed freedom of information in principle, slowed down the speed of reform, developments were still made. For example, the Data Protection Act 1984 granted individuals the right to access their personal information. Des Wilson’s Campaign for Freedom of Information also helped to propel four private member’s bills into the statute book.

John Major’s 1994 Code of Practice on Access to Government Information was another step in the right direction, which assumed that “information should be released except where disclosure would not be in the public interest”. However, it was non-statutory and “inadequate”, which prompted Tony Blair to propose legislation that will “signal a culture change that would make a dramatic difference to the way that Britain is governed”.

Enter the 2000 Act. Although hailed by Lord Sumption in Kennedy v Charity Commission [2014] as “a landmark enactment of great constitutional significance”, it was doomed from the start. Indeed, its passage through parliament was uneasy: commentators noted the Bill was significantly amended to comfort senior civil servants and some ministers. In addition, the implementation of the 2000 Act was disjointed: preparations were stop-start, which resulted in the legislation becoming operational five years late.

There have also been attempts to dilute the 2000 Act since 2005. Perhaps the most significant effort happened less than two years later, when the Labour government announced its proposals to restrict the amount of information that could be accessed under the statute on cost grounds. The then-Secretary of State for Justice attempted to include the “cost of the time reading the information, consulting others about it and deciding whether it should be released”, as well as proposing that costs of unrelated requests made by the same entity to an authority could be aggregated and refused if their costs exceeded the limits. It is likely these suggestions would have made it easier to refuse complex requests and requests from campaigning organisations who are likely to make multiple applications. While Gordon Brown later dropped these proposals, they are just one of several attempts to frustrate FOI.

While the birth of the 2000 Act was anaemic, the Supreme Court injected much-needed nutrients into the regime. In Kennedy, the common law doctrine of open government was established: it was presumed unless “outweighed by any countervailing arguments”. Lord Carnwath observed that this was a “significant extension”. Those who read the case could make the argument that the Justices were compensating for their rejection of European rights-based jurisprudence. Whatever its rationale, Kennedy shows judicial support for open government, a principle which was subsequently followed by the Administrative Court in 2013, in R (Privacy International) v HMRC Commissioner.

Similarly, R (Evans) v Attorney General, in 2015, highlighted progress. The decision was about section 53(2) of the 2000 Act, which permits the Attorney General to issue a certificate which vetoes an order to disclose information. In Evans, after the Upper Tribunal ordered the disclosure of letters written by Prince Charles, the Attorney General issued a section 53(2) certificate. Lord Neuberger, for the majority, held that such an unrestricted override “cut across two constitutional principles”: 1) “a decision of a court is binding…and cannot be ignored or set aside by anyone”, and 2) the decisions of the executive are reviewable by the court on behalf of citizens. Evans therefore limits the power of Cabinet ministers and is a victory for FOI advocates.

Perhaps I am being reductionist, but in my view, the above issues can be attributed to two core reasons: first, the executive lacks the will to uphold information rights, and second, Whitehall lacks the ability to adequately carry out the demands of the 2000 Act. It therefore makes sense to divorce the executive from the Information Commissioner’s Office (ICO) completely: some commentators suggest that the body that deals with FOI requests should be independent and funded by parliament. I would go even further. Even with funding and autonomy, the ICO may still not be able to effectively carry out its designated functions. Accountability to parliament is insufficient. Loopholes to delay or even prevent the disclosure of information need to be closed statutorily (the common law is not equipped to deliver wholesale change) or more strongly deterred.

In this article, we have discussed how open government has never been fully accepted in Britain. FOI developments seem to be stuttered: always two steps forwards and one step back, regardless of who is in charge. Under Boris Johnson, one could even say that there have been no steps forward. The reform proposals are no silver bullets and most certainly will be sternly resisted by the executive and Whitehall. Nevertheless, campaigning for FOI must continue and this article is merely playing its part to prevent further regression. In the 25 February 1980 episode of the satirical political sitcom, Yes Minister, the following exchange took place:

“My dear boy, it’s a contradiction in terms — you can be open or you can have government!” replied Sir Arnold Robinson, cabinet secretary.

Without reform, the British FOI regime may well be overseen by Sir Arnold and become what Yes Minister is: a comedy show.

Nhan Pham-Thanh is a second-year undergraduate law student at the London School of Economics and Political Science. He is interested in the law of obligations, media law and international arbitration.

“you can be open or you can have government” – There is definitely a pattern of authorities looking to escape accountability, for example by outsourcing tasks to external consultants.

It’s not just a right-wing thing either. Activists in public authorities love “commercial” confidentiality when they are forcing controversial racial or gender identity politics into schools. Organisations like Don’t Divide Us have found a clear pattern.

In fact today’s Left has wholly embraced all the methods of merging state and corporate power that used to be the Right’s reserve.