Such European rights should be taught and embraced more widely to uplift society’s most vulnerable, argues aspiring barrister Jordan Briggs 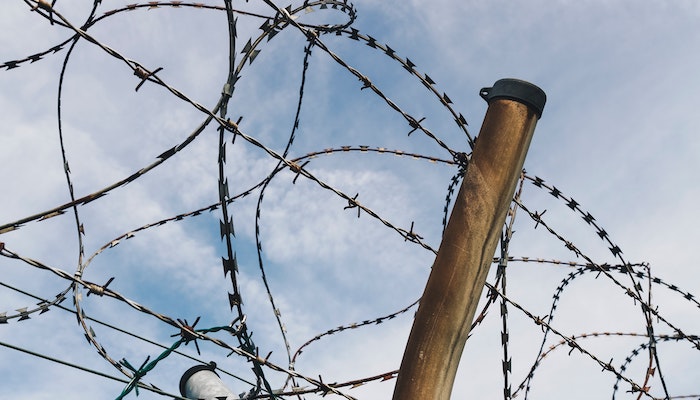 This article will argue that positive human rights obligations should be taught and embraced more widely than they have yet been. This argument will reference the European Convention of Human Rights (ECHR) because that is the human rights framework with which readers may be most familiar. However, the argument applies to any other human rights framework recognising positive obligations (e.g. the American Convention on Human Rights: see Velásquez-Rodríguez v Honduras [166]).

1. What are positive obligations?

Human rights law imposes two different types of obligation. On the one hand, there are negative obligations. These forbid the state from interfering in right-bearer’s affairs. For example, the right to life (Article 2 ECHR) imposes a negative obligation generally forbidding states from intentionally killing right-bearing citizens. On the other, there are positive obligations. These require the state to take action, generally to protect citizens against threats to their human rights. For example, Article 2 ECHR imposes a positive obligation requiring states to take steps to protect citizens identifiable in advance as potential homicide victims.

2. Why should positive obligations be taught and embraced more widely?

Positive obligations deserve greater attention because they can uplift avoidably vulnerable persons to the minimum standard of well-being that human rights law might reasonably be considered to require. That proposition is now broken into three stages so that it may be best understood.

Article 1 of ECHR provides that states “shall secure to everyone within their jurisdiction the [ECHR] rights and freedoms”. That enjoinder has two implications. First, most subtly, that human rights law envisages a minimum standard of well-being below which rights-bearers may not fall. Namely — and irrespective of their financial and other circumstances — rights-bearers must not be enslaved (Article 4 ECHR); must generally have liberty and security of person (Article 5 ECHR); not experience unlawful discrimination (Article 14 ECHR); not experience torture (Article 3 ECHR) or threats to life (Article 2 ECHR) (etc). Effectively, human rights law protects different aspects of well-being. Together, they converge to form what we may call a ‘minimum standard of well-being’ below which EHCR considers rights-bearers should not sink.

The second implication is that that minimum standard of well-being should be enjoyed universally — that is, by ‘everyone in the jurisdiction’.

While human rights law envisages that everybody should enjoy the same minimum standard, there is in fact considerable variance in right-bearers’ well-being. The remainder of this article will explain variance in well-being with reference to three phenomena: modern slavery, disability and domestic violence.

Disabled people, too, may fall below the minimum standard of well-being that human rights requires. Disabled persons are more likely to be the victims of crime than non-disabled persons, with rates of victimhood standing at 23.1% and 20.7% of populations respectively. This heightened vulnerability to interference with possessions and private life (contrary to Article 11, Protocol 1 and Article 8 ECHR) is inconsistent with the ideal of an indiscriminately enjoyed security in the same.

Finally, there is societal variance in individuals’ security of person. Women are more likely than men to die in episodes of domestic violence, with women comprising 76% of victims in the year ending 2020. Accordingly, whilst the minimum standard of well-being envisages indiscriminate security of person, women in fact experience a heightened vulnerability to violence.

Positive obligations are the final piece of the puzzle. Arising parasitically upon avoidable vulnerabilities, positive obligations compel states to try and uplift vulnerable persons to that minimum standard of well-being which human rights law might reasonably be considered to require.

For example, victims of modern slavery are not intractably so. As Iffat Idris observes, providing victims with accommodation, medical care and asylum support can help reduce their vulnerability. Against this background, in 2010 the ECtHR in Rantsev v Cyprus and Russia held that states have positive obligations to prohibit, prosecute and punish actions aimed at maintaining a person in a situation of slavery. In 2021, the ECtHR added in V.C.L. and A.N. v United Kingdom that states have positive obligations to protect victims of trafficking. Through these judgments, positive obligations were deployed to minimise the avoidable vulnerability associated with modern slavery and restore victims to the higher standard of well-being enjoyed by others in the population.

Disability, too, need not imply disadvantage. Disabled people’s greater vulnerability to crime was addressed in Đorđević v Croatia. Therein, the ECtHR held that states have a positive obligation, when they know that a disabled person is suffering serious harassment from other citizens, to try and stop that harassment from continuing. Connectedly, positive obligations have operated to minimise disabled persons’ avoidable exclusion from civic engagement. In Zehenter v Austria, for example, the ECtHR held that states have positive obligations to ensure that procedural safeguards are in place to protect disabled litigants from dispossession of their homes. Thereby, positive obligations were again utilised to uplift vulnerable persons’ well-being by minimising avoidable disadvantage.

Finally, consider domestic violence. States have since 1998 been obliged to try and save the lives of individuals identifiable in advance as potential homicide victims. Yet the ECtHR has since held that states must observe that duty with ‘special diligence’ when putative victims are women (Tkhelidze v Georgia) and/or children (Kurt v Austria). Strictly speaking, the minimum standard of well-being requires a reduction in women’s very vulnerability to domestic violence, rather than being contented with authorities desperately trying to prevent fatalities at the eleventh hour. Nevertheless, requiring that authorities pay special care to the especially vulnerable is consistent with, or else advances towards, the ideal of indiscrete enjoyment of security of person.

3. Why should states observe positive obligations?

When ratifying the ECHR, states affirmed to “secure to everyone… the [ECHR] rights and freedoms” (Article 1 ECHR). It is neither unforeseeable nor inconsistent with that affirmation that so securing may require uplifting the well-being of the especially vulnerable.

Connectedly, states should observe positive obligations because it is often not burdensome for them to do so. Frequently positive obligations require not that states actually protect an ECHR right, but only that they try to do so. For example, in Đorđević v Croatia, the state was liable not because it failed to protect the disabled person from serious harassment, but because it had altogether failed to try. Conversely, in Kurt v Austria, state liability did not attach because, notwithstanding that fatality eventually occurred, the state had discharged their duty of ‘special diligence’ in investigating the domestic violence that preceded it.

Nor are states overburdened when positive obligations require more than mere attempts. Obligations requiring establishment of legal or administrative frameworks, for example, are frequently ‘framed at a high level of generality” (R (Home Secretary) v First-Tier Tribunal [2021], [110]). Such obligations do not compel states to expend any particular budget or adopt any particular practices. Rather, so long as the right is proportionally protected in light of its importance and available state resources, the state enjoys discretion in its choice of implementing measures.

Consequently, there is little legal substance in criticisms, such as those in recent consultations to reform the Human Rights Act 1998, that positive obligations are “overly prescriptive” because they require “public services to allocate scarce resources to contest and mitigate legal liability — when that public money would be better spent on protecting the public”. Bemoaning special protections for the vulnerable is a normative complaint, not a legal one. The criticism does not secure that positive obligations’ special concern for the vulnerable was ever unforeseeable or is otherwise legally illegitimate or subversive.

This article has argued that positive obligations should be taught and embraced more widely because, consistently with the ideal that everyone should enjoy a minimum standard of well-being, positive obligations can uplift groups whose relationship with the state perpetuates avoidable disadvantage.

For those who already enjoy the minimum standard of well-being, states’ non-interference genuinely may be all that is required for human rights enjoyment. Yet, if scholars and practitioners seek to transcend that superficial perspective and extend human rights’ promises of universality to the vulnerable, positive obligations must be taken up.

Jordan Briggs graduated in law from the University of Oxford and holds an LLM from the LSE. He is an aspiring barrister currently studying the bar course at City Law School.

Russia is a party to the ECHR.

Is the right not to be bombed back to the Stone Age by a genocidal dictator a negative or a positive one?

Curious George Baby Bush. Is that you old sport?