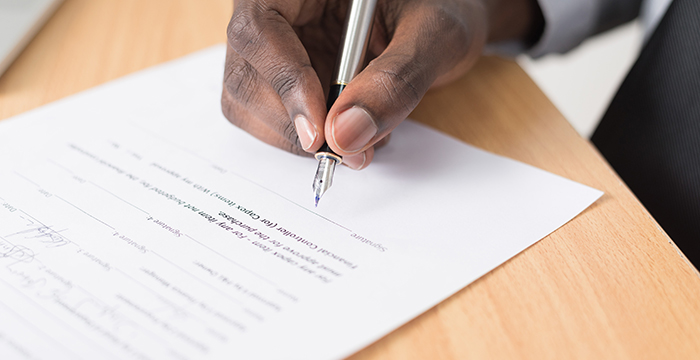 Ever been screwed over by a landlord or letting agents? Maybe not if you’re a lawyer or law student. But if you are part of ‘Generation Rent’, you will probably have had to shell out on letting agency fees at some point.

In Lambeth, London, where a lot of my friends live, the average fee paid by two tenants at the start of a tenancy is £409, and fees can range from £150 to a crippling £660. These are justified by being for reference checks and administration costs. Some letting agents also charge ‘checkout fees’ when you leave, and charge for refresher reference checks when you are renewing a tenancy. Add a deposit to that, a chunk of which might be deducted for the property not being clean enough when you leave, and you basically need a small fortune. If you add a deposit and the first month of rent, the costs are exorbitant for a student.

Even if you are being paid a maintenance grant from a law firm, this will be seriously watered down from the outset by these initial costs. If you are not lucky enough to rely on the Bank of Mum and Dad, you will be forced to work at least one job alongside your studies, incur serious debt, or be barred from the profession altogether.

A key problem is that the fees are wildly inconsistent across letting agents, and often grossly inflated and arbitrary. They often do not reflect the work actually done, argues Polly Neate, chief executive of homelessness charity Shelter. Vague descriptions such as ‘admin’ are not transparent — in reality this could just be printing paper and sending an email. However, we can now say goodbye to these charges.

The Tenant Fees Act 2019 will take effect in law on 1 June 2019. Letting Fees will be banned in England. All payments ‘in connection with the tenancy of housing in England’ are prohibited unless they are one of the prescribed ‘permitted payments’. These permitted payments include: rent, the deposit, a holding deposit, default payments, fees for changes to the tenancy agreement, fees for ending the tenancy, payments for utilities and communication services.

Fees for reference checks and administration fees will be prohibited under this law. Payments to third parties for cleaning fees will not be allowed. But, paying for a new key after you lose yours will be chargeable.

The Act applies to assured shorthold tenancies, licences and student lettings. It will apply to all new tenancies signed on or after 1 June 2019 and renewals granted from that date onwards too. After one year it will apply to pre-existing tenancies and clauses charging fees in them will be unenforceable.

The Act also introduces a cap for tenancy deposits (schedule 1). If annual rent is less than £50,000, the maximum you have to pay is five weeks’ rent. If the annual rent is £50,000 or more, up to six weeks’ rent can be required. Any excess at all would be a prohibited payment under section 3.

It never fails to amaze me how many people are ignorant of the current rules on deposits. If you rent on an assured shorthold tenancy starting after 6 April 2007 in England and Wales, your landlord MUST protect your deposit using a government-backed tenancy deposit scheme. This makes it easier to challenge deductions at the end of the tenancy and get your money back.

Can landlords get around the rules?

The new law won’t cover everything — letting agents will no doubt continue to try to impose costs on renters.

What if the landlord charges £1,500 in month one of the tenancy, £2,000 in month two, and then £1,500 in month three? This would be a way of recouping £500 in rent which would actually just be used to cover the banned fees. The legislators have thankfully foreseen this. The £500 would be prohibited under schedule 1 of the Act.

Effect on the market

This law will cause letting agents to lose a significant proportion of their profits. To cover this, they may decide to charge landlords more. This would be on top of the increase in stamp duty and reduction in mortgage interest tax relief that landlords have had to contend with.

But can letting agents actually pass on the costs? It is a very competitive market. There are over 1,000 letting agencies in London alone. Landlords, unlike tenants, are free to shop around for the cheapest agents.

The main worry is that landlords will raise rents. As with many laws, we can look to Scotland, which banned fees in 2012. Victoria Spratt, a journalist who campaigned for the new Act, points to Scotland and says the ban in 2012 resulted in only a marginal rent increase (£) in line with other urban areas in the UK. It has been argued that the market merely adapted, and in the long term, a better relationship between landlord and tenant was created.

Letting agencies will have to adapt. They may have to promote longer tenancies to avoid renewal costs or move to unfurnished properties to avoid inventory checks. Service standards could drop.

Letting agents have been allowed to charge exorbitant, arbitrary fees for too long. I hope that the market will adapt and tenants will not have to bear these unfair costs again.

Considering that up to a third of millennials will probably never own their own home in their lifetime, this law is one I welcome.

Fraser Collingham is a University of Nottingham law graduate. He is currently studying the LPC at The University of Law and is due to commence a training contract at an international law firm later this year.