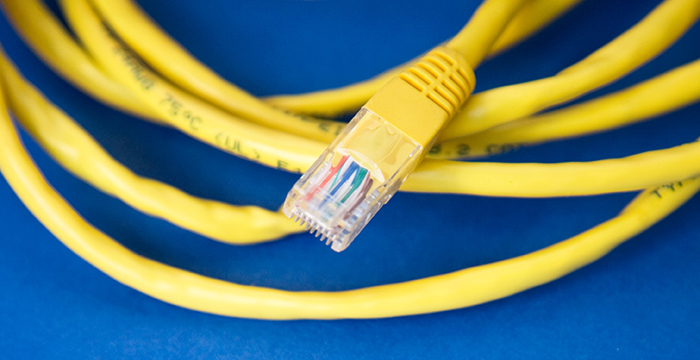 The United Kingdom had been eagerly awaiting Brexit Day on 31 January. But another vitally important date was arguably ten days earlier.

On 21 January 2020 the UK took its first steps towards outlining its internet exit — or ‘internexit’ — from the EU. On that day, the UK government minister Chris Skidmore announced the first break with the planned European internet legislation, stating that the UK would not implement the controversial EU Copyright Directive (Directive (EU) 2019/790), commonly known as the legislation which ‘banned’ memes. This marks a turning-point in internet regulation for the UK. Whilst most European law will be imported into UK domestic law (a process known as onshoring), the power to choose what the British internet will look like is in the hands of Britain’s Prime Minister Boris Johnson and the UK Supreme Court.

But why has the UK made this first move away from the European internet? And, in light of this, what will replace European internet regulation and its values of “openness, inclusivity, transparency, privacy, cooperation and protection of data”?

The EU’s new copyright law is terrible for the internet. It’s a classic EU law to help the rich and powerful, and we should not apply it. It is a good example of how we can take back control

The EU Copyright Directive will ensure online platforms (like Facebook and YouTube) that commercially benefit in Europe from copyrighted content pay rights holders for their content. This means that online platforms will have to take a more active role in monitoring content that could be copyrighted. Furthermore it enforces the principle, enshrined in Article 17, of closing the “value-gap”, which sees Hollywood and media creators hit back at free online streamers and the tech giants.

Article 17 leaves these tech firms with a catch-22 and a difficult dilemma. The catch-22 is that the creation of large quantities of viral content makes tech firms successful, but also means that there is much more content to monitor. For YouTube that means, after having enticed their two billion monthly viewers to watch videos on their platform, they have to monitor the one billion hours of content that they stream every day. This brings us to the dilemma for tech firms. They must choose between spending on artificial intelligence (AI) to try and complete the near impossible task of policing their content, or they may be forced to pull out of the markets where more stringent regulation is not worth complying with. Therefore, it is unsurprising that Article 17 has received the bulk of the Directive’s criticism.

These more stringent copyright laws are in line with the European Commission’s ‘Digital Single Market Strategy for Europe’ which, as former president Jean-Claude Juncker explained, aims to create “digital services that cross borders and a wave of innovative European start-ups”. Yet, the EU Copyright Directive seems to be doing the opposite. Instead it risks creating increasingly confusing cross border barriers which, with an absence of case law from the European Court of Justice (CJEU), will depend on national case law. This means that cultural differences determine whether copyrighted content has been acceptably used “for the specific purposes of quotation, criticism, review, caricature, parody or pastiche” which will vary from jurisdiction to jurisdiction. After all, Germany’s sense of humour is different to France’s!

And if this is a cash-burning headache for big tech companies, it is potentially crippling for start-ups. The greatest irony is that the tech giants are the most likely to develop AI solutions to these regulatory issues, which they could then sell to start-ups, thereby reducing market competition. Therefore, even if regulatory compliance is achieved, the EU will have failed to make the market more competitive, limiting opportunities for their “wave of innovative European start-ups”.

If you are one of 27 EU member states, you have until June 2021 to implement the EU Copyright Directive into national law. Consequently, Poland has launched legal action to the CJEU which seeks to annul Article 17. Conflicted rulings, litigation, dispute resolution and new legislation will certainly create a copyright storm for online platforms as they become increasingly liable for their content.

The UK, however, has a reprieve. Brexit will allow the UK Supreme Court to be able to follow or ignore CJEU case law, and the UK will have political autonomy over its internet objectives and values. The UK’s internet values and strategic position today can be summarised as innovative and ethical.

The UK has been innovative in developing its economy to embrace digital transformation. British regulation has pursued the internet’s ability to ‘enable’ in an exemplary fashion. The Financial Conduct Authority (FCA) has launched its “global sandbox” to allow fintech firms to trial their products alongside regulators. The UK Jurisdiction Taskforce of the LawTech delivery panel has ruled that cryptoassets are legal property and smart contracts are legally binding. Moreover, the Treasury’s 2019 review of the payments landscape is expected to yield innovative and collaborative work between Central Banks, with the outgoing governor of the Bank of England proposing the implementation of a global cryptocurrency.

This innovative regulatory environment, coupled with London’s status as an important global financial centre, as well as the UK’s production of talent thanks to the wealth of excellent academic institutions, has seen Britain’s capital become the most popular investment hub for tech start-ups. The strategy is to attract the digital revolution to the UK. In addition, Britain’s Online Harms White Paper, a global regulatory first which was launched in April 2019, aims to make the British internet safer by empowering an independent regulator with penalties akin to those in the General Data Protection Regulation (GDPR) for breaking the UK’s “code of practice” for tech companies (the maximum fine under GDPR is a sum equivalent to 4% of annual turnover or €20 million (whichever is the larger sum). As a result, the UK’s internet is both commercial and well-regulated. Therefore, the UK is in a good position to benefit from an internexit from the EU.

The ‘Great British internexit’ allows the UK to develop its internet independent of the constraints of poorly designed European legislation. But the UK’s internet is also well-regulated thanks to European regulatory efforts. The EU’s aforementioned GDPR has been championed by the Information Commissioner’s Office (UK data privacy regulator) which has readily dished out record-breaking fines. The EU’s aims and values should also not be forgotten by Britain as it enters a period of negotiations with other nations to determine its new position in the world. And whilst our legislative powers have gained independence from the EU, the UK may well be more reliant on other nations which can leverage policy decisions in their favour.

Recently, France backed down on implementing its 3% digital tax, after the threat of tariffs by the US. The UK also wants to implement a digital tax but as Britain enters trade negotiations with the US, the values and policy objectives up for sale are unknown. Another internet-related issue that has fallen into choppy waters is the UK’s 5G radio waves. The US’s disapproval of Huawei’s (a Chinese tech company) stake in building Britain’s new 5G infrastructure threatened to make technological progress slower and more expensive for the UK. Furthermore, these complex trade-offs must be decided quickly if Boris Johnson is to keep his promise of securing a trade deal with the US by the end of 2020. And ethical trade-offs may be on the cards as well.

The UK might also be forced to sell its internet ethics in order to remain commercial. Britain’s ability to diverge from European Privacy Standards could leave British citizens’ privacy unprotected and at the mercy of data-hungry tech giants. Consequently, the UK’s digital modernisation, innovation and ethics are potentially under threat.

From now on around 62 million British internet users will develop a unique internet, as the UK forges its own path towards the creation of the ‘British internet’. In Brexiteer spirit, this has been correctly proclaimed as a great opportunity. Many will seize on the UK’s ability to avoid the controversial EU Copyright Directive as proof of the success of Britain’s internexit. But there is no reward without risk. Picking strategic allies who have objectives to change British internet policy, such as the US, will not be an easy battle. In addition, the blatant abuses of data privacy in the Snowden leaks and the Cambridge Analytica scandal warn us of the consequences of regulatory failures. It is possible that these detrimental trade-offs are the price to pay for a more commercial British internet.

William Holmes is a penultimate year student at the University of Bristol studying French, Spanish and Italian. He has a training contract offer with a magic circle law firm.