Following public excitement around ‘ChatGPT’, aspiring barrister Jonathan Binns considers the impact of artificial intelligence on UK copyright law, and even asks the chatbot for its take 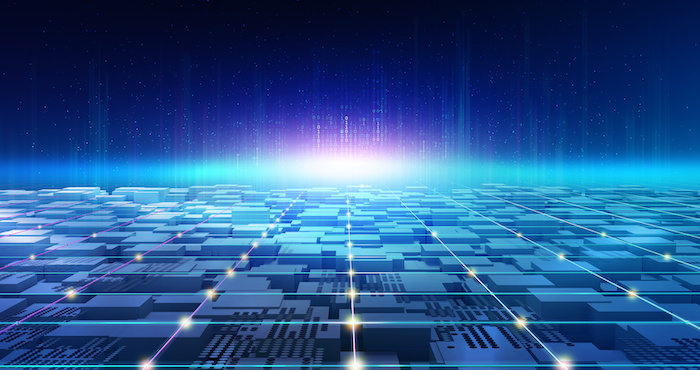 At the moment it seems like the whole world is shocked to discover the colossal leap artificial intelligence (‘AI’) has made, since the release of ‘ChatGPT’ by the Elon Musk-founded company OpenAI last month.

I asked the newly-released software what effect it thinks AI will have on UK copyright law, and this is what it had to say:

“It is difficult to predict the exact impact that AI will have on copyright law in the UK. However, it is likely that the use of AI in creative industries, such as music and art, will raise questions about the ownership of works created by AI. There may also be discussions about whether AI itself can hold copyrights for works it creates. It is possible that the UK government will need to update copyright laws to address these issues.”

I must stress there was no human involvement in the creation of that answer and it has not been edited. When computers are capable of creating coherent and reasonable answers to complex questions, it’s only a short step to their ability to author literary works of their own. This specific computer programme specialises in its understanding of language and has the potential to change the face of many industries. It follows OpenAI’s previous AI image generator, ‘DALL-E 2’, which was capable of instantly generating artwork including photo-realistic images based on user prompts.

Copyright laws allow the creator of a work to be the sole owner of that work, therefore they have the sole rights to sell or reproduce their idea. These rights can be claimed by the author of the work under section 9 of the Copyright, Designs and Patents Act 1988 (‘CDPA’) which describes an author as the person who “created” the work. This work could be: literary work (e.g. a book or script), entrepreneurial work (e.g. a film or sound recording), or other works which are detailed in the Act. The Act itself considers in the instance of a literary work being computer-generated “the author shall be taken to be the person by whom the arrangements necessary for the creation of the work are undertaken.” This is a confusing assortment of words that essentially means the author of a work written by an AI will be the writer of the prompt that encouraged the AI to write it.

Different categories of copyright works have different requirements to be protected. For example, entrepreneurial works have no requirement for originality, in contrast to literary works which section 1 CDPA requires are “original”. The meaning of original is undefined in the Act but is understood to mean the original work of the author — this conflicts with the provisions under section 9 which allow the author to take credit for the computer-generated work in spite of it not being their own work.

Some suggest it would be a logical solution for a computer-generated work to be held separately to a human-written piece as an entrepreneurial work as opposed to a literary one. This would be similar to how the law treats sound recordings and musical copyright which are substantially the same but with a difference in authorship requirements and, consequently, a difference in the level of protection afforded to them.

Whilst others question whether AI-created works should be entitled to copyright protection at all. Eventually, this school of thought boils down to understanding the fundamental purpose of intellectual property law. Ultimately, when a human protects their work this is because they want to be the sole beneficiary of the products of their own time, effort and imagination. A computer-generated text, song or artwork does not derive from the same process, consequently, why should it be afforded the same protection?

On the other side of the coin, the implications of AI are not limited to computer-generated literature flooding the shelves of bookshops and AI art hanging on the walls of the Louvre. Machine learning algorithms are already being implemented by companies such as YouTube to automate the process of copyright enforcement. These algorithms can quickly and accurately scan vast amounts of content, comparing it against known copyrighted works to identify potential infringements. This has made it easier for copyright holders to enforce their rights and protect their works from unauthorised use, but has also raised concerns about the potential for false positives and other errors in the process.

Overall, the impact of AI on copyright is clearly complex and multi-faceted. While the technology has brought about many positive changes, including making it easier to identify and enforce copyright infringement, it has also raised a number of challenging legal and ethical issues. As AI continues to advance and become more widely adopted, it is obvious that these issues will continue to evolve.

The UK is in the minority when it comes to recognising the early potential for the composition of copyright works without the need for a human author and legislating on it. Many other jurisdictions, such as the USA, will have issues with this growing technology now the public have free access to this tool. In the USA, for a copyright to be satisfied, cases have established the work must be created by a human author using a modicum of creativity. It’s hard to say which approach will stand the test of time but it is obvious that the foundations have been laid for a new normal for creative industries.

Jonathan Binns is an aspiring barrister and recent law graduate, currently undertaking the BPC at The University of Law, Leeds.