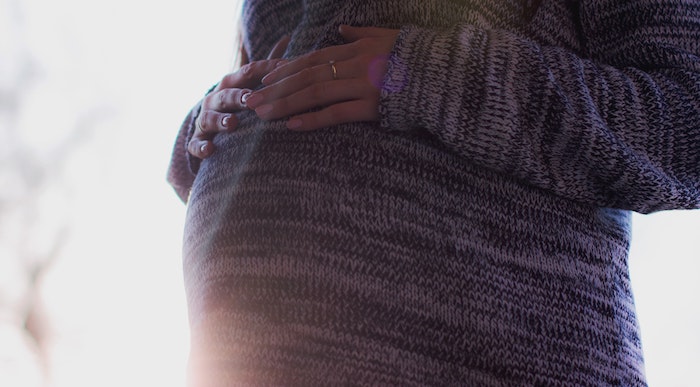 The claimant had several smear tests taken over a four-year span with each being negligently diagnosed by the defendant.

Consequently, by the time the errors were detected, the cervical cancer was too far advanced. Thus, the hospital admitted negligence. If the first smear test taken in 2008 was done correctly then there was a 95% chance of a cure and not developing cancer. A further consequence was that the surgery she needed to take would mean inability to have children. Prior to this surgery, the claimant had eight mature eggs frozen in storage.

The Supreme Court had to address the question whether damages would be payable for the loss of ability to bear her own child.

The area of damages involving surrogacy and other similar issues like wrongful birth are a legal minefield and incredibly complex delving into legal as well as moral issues.

The Surrogacy Arrangements Act 1985 (“SAA 1985”) is arguably one of the most controversial laws surrounding medical and family law today. Its clauses speak of a time which opposed surrogacy in the 80’s and unaware of the development it would have in modern society. Surrogacy is a phenomenon in today’s world: celebrities have commercial surrogacies to avoid the consequences of bearing a child for nine months. The complexity of the Act isn’t helped by how it has developed in a relatively piecemeal fashion over time and has been supplemented by the Human Fertilisation and Embryology Act 1990 (“HEFA 1990”) and the 2008 version (“HEFA 2008”).

Nonetheless the point is clear: any contract or arrangement entered into for surrogacy is unenforceable. The woman who has the child on behalf of the commissioning parents is the legal mother when that child is born (s27 HEFA 1990). If the commissioning parents want to become the legal parents, they need to gain a court order that the child is to live with them for the future. Applications are made via s54 and s54A of the HEFA 2008 and cannot be made until after the child is born but before six months after it was born. However, this deadline has arguably been given lip service after the decision by the president of the Family Division in A v C [2016] where orders could be made when a child was 12 or 13.

One of the most important features of the Act is that commercial surrogacy arrangements are banned. The court must be satisfied that no money or other benefit other than expenses which have been reasonably incurred have been given to the applicant or the agreement in general, unless authorised by the court (s54(8) and s54A(7)). Indeed, parliament’s intention was clear here. They didn’t want commercial surrogacy to take place at all but understood some expenses to be incurred for this process. However, the provision leaves the court in a tricky place, especially as Lady Hale points out in paragraph 16: what are they meant to do with a ‘fait accompli’

This is further reinforced by the fact that the Law Commission has yet to find a case which has been refused for exceeding reasonable expenses. An average derived from the Surrogacy UK Working Group on Surrogacy Law Reform found that payments are usually between £12,000-£ 15,000. It would be an unlikely scenario that a judge would take the defiant step to draw the line as to what is reasonable expense given the legal consequences of refusing an order, leaving a child parentless.

The SAA hasn’t been reformed and is still governed by a scathing report by Dame Mary Warnock who described the practice of commercial surrogacy in 1984 as an “intrinsic wrong” and leaves many to become susceptible to exploitation. However, times have moved on since then. Surrogacy is governed in many countries with successful results. Leaving it unregulated allows a greater chance of exploitation than if the government were to take a grip on these matters and provide many with important regulation to end the piecemeal legislation the courts have to interpret. The Act bans third parties from arranging commercial surrogacies and being paid for doing so. However, the HEFA 2008 made slight reforms to this in that reasonable costs could now be recovered.

The issue which XX v Whittington explores is: what happens if the surrogacy takes place elsewhere, not in the UK, where it is lawful for commercial surrogacy? This case is the sequel to Briody v St Helens and Knowsley Area Health Authority decided in 2001 where Hale LJ (as she was then) sat. The facts were, overall, the same. Hale LJ stated that to give damages for a claimant to have commercial surrogacy was indeed, contrary to public policy. Nonetheless, this case was only 15 years after the SAA 1985. It is for this reason that Hale in the current case notices that times have moved on since Briody. There have been developments in the law through case law and statute but also society’s stance has invariably changed and surrogacy is now seen as a genuine way of creating a family. A YouGov survey in 2014 found that more than half (59%) of adults in the UK supported using surrogacy to have children. A significant development.

The first two issues in the appeal were resoundingly dismissed. It was held that the court should ask itself whether it was reasonable to remedy the inability to bear a child through surrogacy depended on probability of success. Unlike in Briody, where there was a 1% chance, the chances for XX were reasonable and she even delayed treatment to harvest eggs. In relation to the second issue, Hale said the law derived in Briody was probably wrong then and certainly now. Briody expressed the view that donor-egg surrogacy arrangements could not be recovered as this is not what the claimant lost. This was rejected. Put simply, this is because there have been changes to what constitutes a family in current times. The baby is as much theirs as if they had carried it themselves (XX v Whittington Hospital NHS Trust [2018], King LJ in the Court of Appeal).

It was a 3:2 majority on the third issue, which is the most controversial point.

It is well-established that the UK courts will not enforce a foreign contract which is contrary to public policy. This is where the analysis differs between the Justices.

Hale drew similarities between UK surrogacy and those conducted in California, with many of the costs claimable in California being able to be claimed in the UK. Further, it is not against the law in this country for commissioning parents to do any of the acts which are prohibited by s2(1) of the SAA 1985. The object of the legislation was not to criminalise the surrogate or commissioning parents. The developments since Briody and the government’s support for other methods of assisted reproduction are now socially acceptable and becoming very frequent methods to make families. It was for these reasons, amongst others, that Hale decided that it is no longer a public policy concern to award damages for costs for a foreign commercial surrogacy. This marks a significant shift from Briody and that the SAA 1985 is perhaps on its last legs with reform imminent.

But it is worth noting the dissenting passage on this third issue by Lord Carnwath (with whom Lord Reed agreed). He notes that there must be an objective of consistency between the civil and criminal law systems and just because another jurisdiction reflects different policy choices, this should not infiltrate the UK’s decision. This principle would be offended if the UK courts were to allow damages to be recovered under civil law but not criminal law. Despite societal reforms and shifting attitudes towards surrogacy, the laws of commercial surrogacy have not changed. Therefore, to allow damages, as has been done in this case, offends this principle.

Regardless of which side of the fence you sit on whether damages should be awarded, the case highlights the importance for the Act to be reformed. The current law does not represent the current stance of society. Further, not only would society benefit, but so will the courts, who have to continuously balance commercial surrogacy laws with the welfare of the child. The latter will almost always prevail.

Callum Reid-Hutchings is a first-class law graduate from Swansea University. He is currently studying the Bar Professional Training Course at City, University of London, and will then commence an LLM at the University of Cambridge.