Little appetite to find out identity of whistleblower 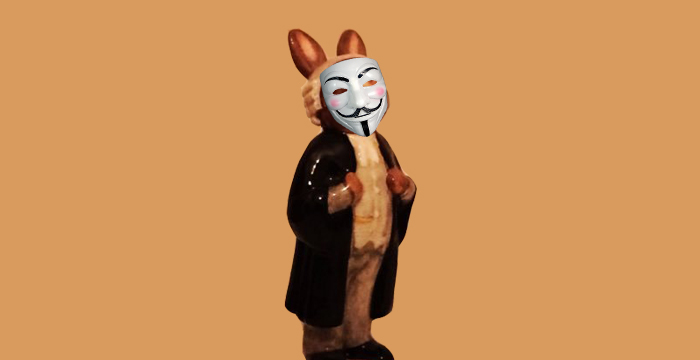 A survey conducted in association with the Bar Council has been subject to intense criticism on Twitter overnight after it asked lawyers whether anonymous blogging heavyweight The Secret Barrister (SB) should be “unmasked”.

As part of a short survey included in the latest edition of Bar Talk, a fortnightly newsletter produced and circulated by the Bar Council, media partner The Times asked whether it was fair for SB to operate from behind a “cloak of anonymity” given his (or her) “harsh criticisms of the criminal justice system”. The survey continued:

The interest in the identity of the secretive member of the bar hasn’t gone down well with lawyers on Twitter. CrimeGirl, who like SB is a barrister and tweets under an alias, described the question as a “nasty veiled threat”. 11KBW‘s Sean Jones QC queried whether the Bar Council “should be promoting” such as a question, while John de Waal QC, a tenant at Hardwicke said “we should be supporting him/her [SB] not undermining.”

what on earth is it to them?

The moment @BarristerSecret identity become public knowledge the media etc with focus on digging into their character, private life and career instead of trying to bring change where it’s needed within the justice system.

Responding to the survey, SB said they were “surprised” by the focus on whether or not to unmask a whistleblower, particularly “at a time when the justice system is at crisis point”.

Have to say I’m a little surprised that, at a time when the justice system is at crisis point, the focus is on whether to unmask a whistleblower trying to draw public attention to the problems. But hey no.#VoteNo https://t.co/QaW0kBgKSW

“The bar, we hope, will vote no. Equally, we hope those completing the survey will also share their views in response to the other questions asked about the current state of the justice system, which are of paramount importance.”

This isn’t the first time SB’s identity has made headlines. Earlier this year, the now successful author was interviewed by Financial Times for its popular Lunch with the FT series in a piece that revealed SB was “somewhere between 30 and 40”, had attended a comprehensive school and was a non-Oxbridge law grad.

Sign up to the Legal Cheek Hub
Barristers The Times