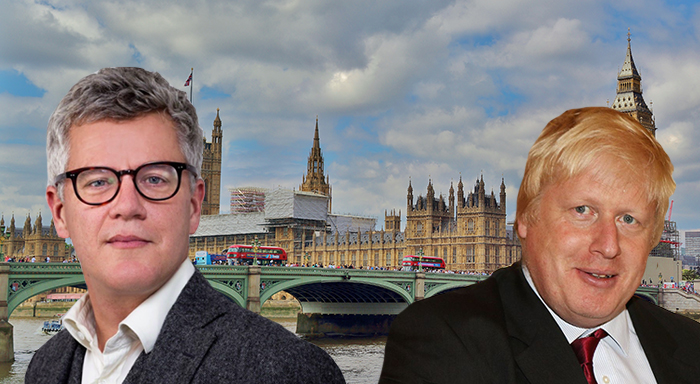 One of the country’s most high-profile barristers has opened a fresh front on his war against Brexit with a crowdfunding campaign to stop Boris Johnson suspending parliament.

Jolyon Maugham QC — who else? — wants the courts to declare that the new Prime Minister can’t bypass MPs to ensure a no deal Brexit.

Johnson, who was announced as the new leader of the Conservative Party this morning, wants to renegotiate Theresa May’s Brexit deal but would take the default no-deal exit on 31 October if that fails. While a majority of MPs are against a no-deal exit and would try to block it, Johnson has refused to rule out “proroguing” parliament to stymie such efforts.

Suspending parliament to frustrate the will of MPs is widely seen as unconstitutional, but legal opinion is divided about whether a judge would declare it illegal. Influential commentator David Allen Green said recently that “Unless there is some odd aspect of constitutional law unknown to me, or some startling legal submission I cannot imagine, the chances of the High Court granting a remedy so as to prevent parliament being prorogued are… zero”.

But the case is not going to the High Court. Instead, Maugham has set his sights on the Court of Session in Scotland. The case invokes ancient Scottish constitutional law, with a legal letter to the government citing the 1320 Declaration of Arbroath, George Buchanan’s 1579 De iure regni apud Scotos and Samuel Rutherford’s 1644 Lex Rex.

This letter from ⁦@JolyonMaugham⁩'s Good Law Project is interesting for lawyers & law students. The decision to challenge prorogation of Parliament in the Court of Session, not the English High Court, seems not just tactical but substantive. https://t.co/R4KAgnUtHm

The basic idea is for the courts to issue a “declarator” that the Prime Minister cannot lawfully advise the Queen to suspend parliament — even if that hasn’t actually happened by the time the case reaches court.

Several opposition politicians, including new Liberal Democrat leader Jo Swinson, are backing the case. There are no Conservative MPs involved so far, although former Prime Minister John Major said recently that he would be keen on a case like this.

The Tories have steadfastly ignored the democratically expressed will of Scotland’s voters and parliament to stay in the EU. Now we face a no deal Brexit with potentially catastrophic damage to Scotland’s economy, society & culture.

Maugham’s Good Law Project has lashed out at Brexit in multiple crowdfunded cases, suffering High Court defeats over no deal medicine regulations and publication of government documents. But it won a politically influential declaration from the EU Court of Justice that the UK can unilaterally cancel Brexit, which also started in the Scottish courts.