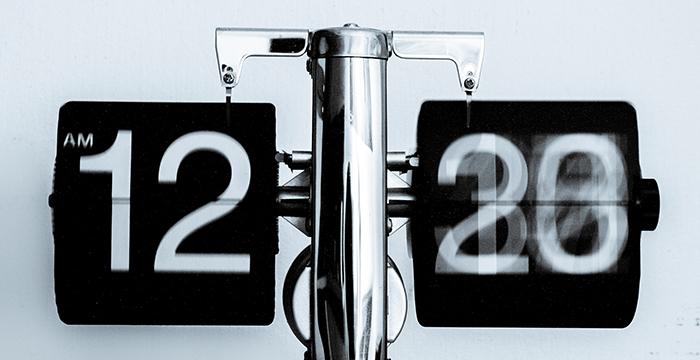 The average time trainees and junior lawyers spend at work has dipped to its lowest in four years.

Legal Cheek can reveal junior solicitors this year spent an average 10 hours and 15 minutes in the office each day — the lowest workday since 2016.

The data, which is exclusive to Legal Cheek, is derived from our annual average arrive and leave the office time survey of over 2,500 trainees and junior associates at the leading law firms in London and the UK.

This means a junior lawyer getting into the office around 9am would leave, on average, between 7–7:30pm.

The findings generally track the wider economy. The UK economy this year grew at the slowest pace in almost a decade (£), according to official figures released this month. The Office for National Statistics said year-on-year growth in the three months to end-September slowed to 1% from 1.3% in the second quarter — the lowest rate since mid-2010. These figures paint a poor picture of an economy still reeling with chronic uncertainty and low levels of investment three years on from the shock Brexit vote.

While the average time spent at work is at its lowest in four years, pay packets at the 90+ law firms sampled in this year’s survey have continued to swell. This summer we saw somewhat of a City ‘pay war’, led, in part, by Freshfields’ game changing 18% NQ solicitor salary increase to £100,000 plus bonus. The rest of the magic circle, and some silver circle players, quickly followed suit and raised their NQ rates by varying amounts.

The research for this year (published in full on Legal Cheek next week) shows the salaries afforded to rookie solicitors generally tends to reflect the time spent at work.

The law firm with the longest average workday is Jones Day, with its trainees and junior lawyers totting-up, on average, 12 hours and 9 minutes in the office each day.

Kirkland & Ellis follows closely behind with an average 12 hour and 7 minute day. The London office of the US-headquartered outfit is housed in one of the City’s ‘most Instagrammable’ skyscrapers, the Gherkin, after all.

Both firms also happen to pay their junior cohorts some of the highest salaries on offer in the City. Our 2020 Firms Most List shows newbie Kirkland solicitors rake in dollar-pegged salaries that hit the £150,000 mark, while those at Jones Day also receive hefty six-figure sums.

The law firm with the shortest working day, according to this year’s figures, is BLM. Young lawyers at the insurance focused-firm which is headquartered in Manchester, typically spend 8 hours and 58 minutes at work each day and remunerated £45,000 upon qualification.

Stay tuned for the big 2019/20 reveal for average law firm arrive and leave the office times published on Legal Cheek next week, containing a full breakdown of the 90+ top law firms surveyed.