The 2010s were pretty wild, but this decade could be crazier 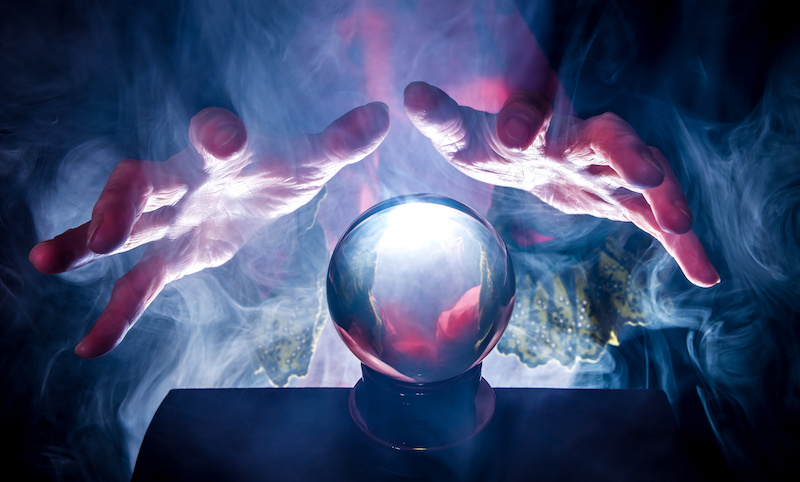 As 2020 gets underway, The Ghost of Lord Denning brings you his alternative predictions.

The new decade gets underway with a shock announcement by Prime Minister Boris Johnson that the Supreme Court will be turned into the UK’s “first truly online court”. In a symbolic move designed to appeal to new northern Tory voters, the justices are immediately relocated from Westminster in the middle of the night by Megabus to a video conferencing suite on the outskirts of Workington. The old London Supreme Court building is quietly sold to a shell company registered in the Cayman Islands, which begins work on repurposing it to create 12 luxury flats aimed at the oligarch market. Boris and Carrie purchase three on a buy-to-let basis, alongside leading individuals including Prince Andrew and Vladimir Putin.

“In no way is the new Online Upper Court of the People, proudly located in Workington, revenge on judges for declaring my proroguing of parliament was unlawful, folks, this is simply about levelling up the greatest nation in the world!” says Johnson.

Meanwhile, the Labour Party leadership contest is hotting up, with late-entering candidate Jolyon Maugham QC proving an unlikely hit among members. Maugham’s fusion of the progressive (as symbolised in his openness to sports regarded as non-traditional in the UK, such as baseball) with a respect for more traditional past-times (such as fox-hunting, albeit conducted for humane reasons only in a safe space environment) cuts through as a motif for a re-imagined ‘New New Labour’. The high profile barrister sweeps to a landslide victory against fellow lawyer Rebecca Long-Bailey in the contest’s final round.

As the year goes on, worries about Brexit intensify, as trade talks between the UK and the EU become mired in acrimony. Donald Trump’s re-election as US president adds to business leaders’ anxieties as he celebrates the start of his second term with a round of draconian tariffs — against the EU and the UK. “I love the British People of England, and I love Her Majesty The Queen, which is why the Royal Family will be exempt from the new tariffs!” exclaims the President proudly.

As international deal-flows dry up, City of London law firms anxiously look elsewhere for work. Slaughter and May closes its Hong Kong office and opens up in Grimbsy, home of the UK’s first Freeport, with other top firms following suit. Fishing law becomes the unlikely hot practice area of 2021. But the fishing boom horrifies the increasingly militant vegan wing within Maugham’s Labour Party, whose tolerance of fox-hunting conducted on a strictly progressive basis within safe spaces finally snaps. The Party collapses once more into factional warfare and Maugham is forced out. He is immediately snapped up by Facebook as Nick Clegg’s number two.

Despite the impressive rise in fishing-related work, overall revenue and profits at UK corporate law firms fall sharply over the first few years of the decade. With criticism of government policy becoming increasingly difficult, amid fears of being branded “unpatriotic”, legal profession chiefs instead publicly focus their ire on the lawtech business, which has failed to be the efficiency-boosting silver bullet it promised. Tens of thousands of AI devices that firms could never get to work and ‘Coding for Dummies’ books are collected and recycled in the biggest ever legal CSR exercise, keeping lawyers in work-starved transactional teams busy for months. But eventually firms must face the inevitable and the layoffs begin.

Fortunately, the corporate world’s newfound commitment to wellness softens the blow of the redundancies. Expensively assembled teams of life coaches, yoga experts and astrologers help lawyers to come to terms with the loss of their jobs and distressed sales of their highly mortgaged London homes. The mindfulness skills they learn also tide them through the upheaval of their relocation to small northern towns where they begin new paralegal careers at the many new state-backed outsourcing hubs set up by the government to help boost regional prosperity.

After an admittedly challenging few years, you’ll be glad to know that the decade ends on a happy note, with a trade deal finally struck between the UK and the US. Boris Johnson fulfils his promise not to sell-off the NHS to the Americans. But unfortunately there’s a catch — BoJo agrees to sell the UK legal profession instead. Building on the Supreme Court’s move to Workington, the administration of all levels of justice in England & Wales (Scotland, by the way, merged with Catalonia in 2027) is “West-Shored” to a support centre in Ohio, while the magic circle is compulsorarily purchased by a consortium of leading New York law firms. Delighted voters usher in Prime Minister Johnson for a third term.