But future trainees think their TC offers will still be honoured 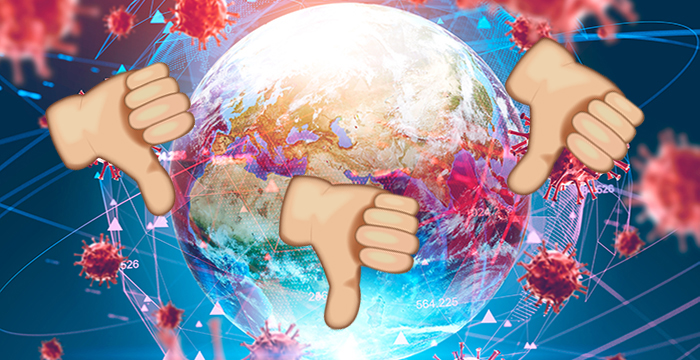 The pandemic has upset the best laid plans of wannabe lawyers, with firms cutting pay, moving vac schemes online and starting to look at pushing back the start of training contracts.

A new report on the outlook of students and early career lawyers shows that many are worried about the legal jobs market — although those with a training contract offer lined up are confident that it won’t be snatched away.

It’s based on a survey of 433 aspiring and recently qualified lawyers in early to mid April. The answers are broken down into three categories: those still studying, those with a job lined up and those already practising.

In the first category, students overwhelmingly agreed that “COVID-19 has reduced the number of job opportunities” in the legal sector, with less than 20% dissenting from this view.

They also worry that the disruption will slow down their career progress. Over 70% of students agreed, to a greater or lesser extent, that they’ll be late to hit career milestones compared to those a few years ahead on the career path — resulting in a less impressive CV.

One student lamented the impact on summer vacation schemes:

“I secured several work placements for Summer 2020, all of which have been cancelled entirely due to the pandemic. I feel extremely disheartened because as a student from a disadvantaged background, attaining work experience was the only other thing that could enhance my CV.”

Turning to the second category, those with a training contract or pupillage confirmed are pretty confident that it’ll still go ahead. Almost 80% were confident or very confident that their offer will be honoured, although 5% strongly agreed that that “COVID-19 will cause my opportunity to be rescinded or cancelled entirely”.

But there is anger about how exam disruption has been handled, including “the lack of flexibility shown by the Solicitors Regulation Authority” over online exams (before the regulator had a change of heart).

As for the third category, junior lawyers already in practice generally reckon that the crisis will cause “significant job losses” in the legal sector. 11% strongly agreed with this proposition, and many more expressed some level of agreement.

Asked whether their employer was being “open, clear and supportive”, the results were distinctly mixed, with an even spread spread of responses from strongly agree to strongly disagree.

“Many firms are treating their junior lawyers despicably. With widespread redundancies, unilateral and illegal pay cuts early, putting shareholder [partner] profit ahead of employees’ welfare and job security, and expected increased billable hours while they support their families, including homeschooling children. Many will leave the profession as a result.”

Another said: “Being in the first three months of my training contract is very stressful. It was always referred to as my probation period. I was there only three weeks until I was sent home and I haven’t been told if my job is even safe or not.”

On the other hand, many seem to love working from home at least some of the time. Almost one third of newly minted lawyers picked the strongest level of agreement possible with the statement: “I want remote working to be a greater part of my role/be more available to me in future”.

That’s in line with another recent survey, which found that 61% of legal workers want more home working opportunities after the pandemic.

BPP student and future Baker McKenzie trainee Harry Clark, who carried out the survey, says that “it is critical that this group have their opinions, anxieties and recommendations heard”.