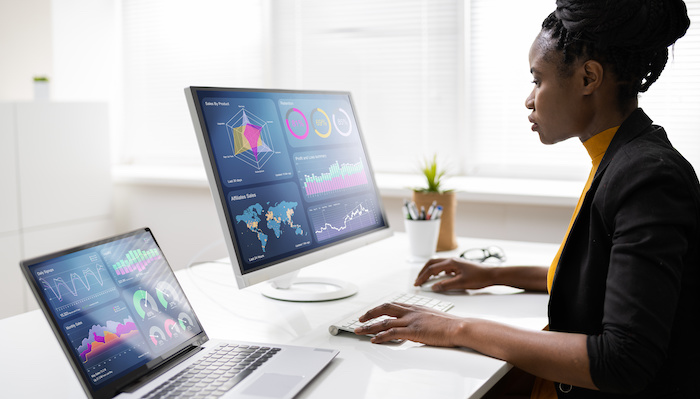 Clifford Chance today announced the launch of a new bursary scheme to encourage greater diversity among those studying computer science at Oxford University.

The magic circle firm has teamed up with Hertford College, Oxford, to support students from underrepresented backgrounds to pursue careers within the technology sector, and in doing so, help “reduce the tech bias and prejudice” that led to this summer’s A-Level algorithm debacle.

The firm — which in 2018 launched a training contract specifically geared towards tech-savvy students — says it will provide three means-tested bursaries for undergraduate students to study computer science at the prestigious Oxford college. The inaugural trio of students commence their studies this year.

“Leaders in computer science have not traditionally reflected the societies they work within”, according to the firm, and the “social inequalities that technology can create or perpetuate without meaningful intervention is becoming clearer every day”.

Clifford Chance also confirmed it is part funding the research of author and data ethicist, Dr Carissa Véliz, who this month joined the academic team of Oxford’s newly formed Ethics in AI Institute. Véliz’s research explores the positive and negative implications of artificial intelligence (AI) for society as well as issues such as digital ethics.

Jonathan Kewley, partner and co-head of the tech group at Clifford Chance, commented:

“Ethics in tech can’t just be an aim, it requires positive action from each of us. This has to start with education. It is vital that those studying and teaching computer science represent the views and experiences of the society we live in. Through providing bursaries for underrepresented and less privileged students to study computer science, we aim to help ensure that the best candidates are placed at the core of tech development and research.”

He continued: “This is about democratising tech education and ensuring it works for all our communities. Not just a privileged sub-section. This is a bold step which we hope will set a standard for our industry.”

Clifford Chance has a well-established relationship with all things tech. In 2018 it launched a tech-focused internship for some of its future trainees, teaming up with London start-up Lexoo. Around the same time, it created a ‘Tech Academy’ to help its lawyers gain a better understanding of topics including coding, AI and blockchain. Last year, Legal Cheek reported it had been teaching all its trainees how to produce mobile and web apps.