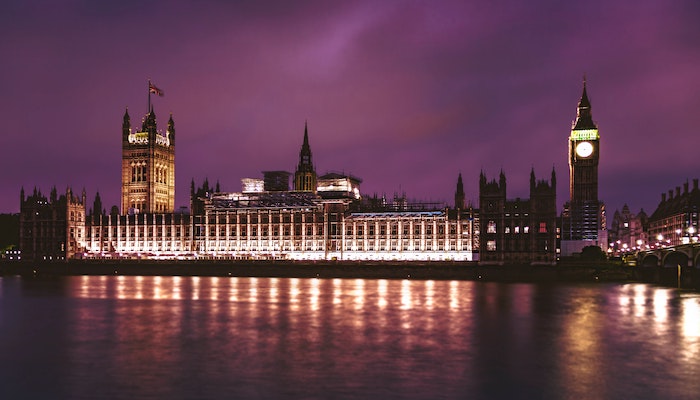 The pantheon of the House of Lords contains many fantastic beasts. There, Ken Clarke rubs shoulders with ‘beefy’ Botham. Spiritual giants consort with geniuses of the law, artistic maestros, and other unusual fauna.

One of the rarer monsters, Lord Kilclooney, emerged from his ancestral lair recently to hiss at the first female VP in American history. Her name is Kamala Harris, if you hadn’t noticed. Lord Kilclooney claimed that he had not. He made reference in his tweets — in a sally of weapons-grade ignorance — to ‘the Indian’.

I am a middle-aged male, marinated in privilege, with the pallid complexion of a deep-sea squid. I confess I am not best qualified to judge whether Lord Kilclooney’s tweets were racist. Others, however, saw it plainly. Barrister Alexandra Wilson noted that such comments would provide ammunition to those desirous of abolishing the Lords.

In similar vein, barrister Abimbola Johnson traced, in a tour de force of forensic elan, the inglorious arc of Lord Kilclooney’s passive-aggressive commentary. From his first utterance, through his doubling down on it, denial, lies – and thence for it to sink in the Grimpen Mire of an internal standards inquiry.

Lord Kilclooney has previous. In 2018 he was called out on exactly the same point. The House of Lords standards committee reviewed it at the time, and took no disciplinary action.

Intrigued by this inertia, I contacted the Lords’ standards commissioner about Kilclooney’s tweet. Lucy Scott-Moncrieff, a lawyer of considerable clout, replied to say the matter did not include “parliamentary dimension”. A previous similar incident had led the commissioner to conclude that only those directly affected by the alleged behaviour can complain. Kamala Harris would have to write in herself.

Musing on what outlandish behaviour might provoke disciplinary action, my thoughts turned to Lord Sewel. You may remember he snorted cocaine with prostitutes. The police were involved, Lord Sewel resigned; but to what extent his behaviour carried a ‘parliamentary dimension’ does not seem to have been established. Lord Sewel spoke of his breach of the Lords’ Code of Conduct being a “technical” matter.

One tends to agree. Sure, Lord Sewel liked to party. He let his hair down a bit. But what a noble Lord chooses to do in the privacy and comfort of his own residence might be considered to have less of a parliamentary dimension than getting up the noses of the US government.

That incoming administration already think our PM is a “shapeshifting creep“.

Lord Kilclooney reinforces that negative impression with a dose of his ancestral dislike. Should we not build bridges? Get a trade deal with the USA asap? If so, parliament’s relationship with the American administration surely has a parliamentary dimension. Does Lord Kilclooney’s tweet not have any parliamentary dimension? If not, what might? There is a vertiginous, dizzying sense of unreality about this which may not have escaped Lord Fowler, Speaker of the House. In a recent letter he appeared to acknowledge that slagging people off on the internet could bring the House into Disrepute.

I do not come to bury Lord Kilclooney, nor to stand in moral judgement over cavorting peers. I acknowledge that we’re all woven from the same frail fabric. Many of us carry blurred snapshots of debauchery. Mine include an all-night ‘England vs Germany’ drinking match in Cologne (England ultimately lost the game, and all consciousness, on penalty shots).

I digress. To my point: To err is human… which is why barristers, solicitors and judges are held to standards which extend beyond the, as it were, merely ‘legal dimension’.

For example, bar standards encompass what goes on Twitter. A barrister making racist digs could fall foul of core duties 3, 8 and 5 — relating, respectively, to integrity, discrimination and “diminishing the trust and confidence the public places in the profession”. These duties always apply, and to tweets less prone to damage international relations with our allies. Real sanctions can be imposed.

There may be historic reasons why the Lords have an imprecise feel for standards. Oscar Wilde observed that; “work is the curse of the drinking classes”.

Perhaps having to observe standards is the curse of the Lords? In feudal days, when the Lords first roamed the earth, they could be as gangster as they pleased, with no one to call them to order. Lost now is that dawn of bliss, for which Lord Kilclooney may be pining.

Sadly, modern life requires, even of the Lords, a certain moderation in public behaviour. In short, the House of Lords might benefit from a more holistic, effective code of conduct. Perhaps they should start from scratch, and take a leaf from the lawyers’ codes?

If they did have a code which adequately encompassed public behaviour — and which was visibly enforced — it might even breathe new public confidence into an ancient and mistrusted institution.

Perhaps this is a forlorn hope. Some things are certain: death, taxes — and that privilege draws a veil over vice. As barrister Abimbola Johnson noted, the system which enables the behaviour is responsible for the harm.

In the same way, I suppose, a zoo which does not restrain its animals is responsible for visitors being eaten. And how painfully, how glacially slowly, organisational change comes (unless, that is, you rule against the government, and they want to clip your wings.)

Yet, for all that; as Lord Kilclooney retires, as I trust he will, to enjoy a period of welcome silence on his part, it might be worth someone seeing if there are any practical measures which could be taken to prevent him embarrassing himself and the House of Lords again soon.

The House of Lords commented: “Any complaints about Members are considered by the Commissioner in relation to the code of conduct. The Commissioner wrote to complainants last week (some have shared that correspondence on social media). If a complaint does not progress to a formal investigation, we (House of Lords) cannot comment.”

Laurence Cooper is a mature law student based in the Midlands.