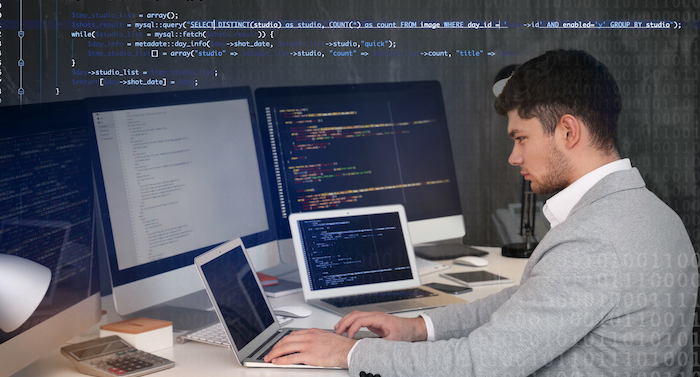 Linklaters‘ in-house tech start-up is taking on trainees, it has emerged.

Nakhoda is the magic circle firm’s legal tech hub, launched in 2015, with the aim of using technology to solve legal problems.

It has begun to take on trainees for six-month secondments that form a part of the firm’s standard training contract rotation.

The training seat was initially scheduled to start in September 2020 but went forward earlier than planned in March 2020 due to lockdown restrictions.

It is open to all of the firm’s trainees and they are chosen based on factors including their skills, experience and qualification interest. With only one seat available every six months, Links’ trainee lot (which at 100 each year is the highest in the City) face some pretty stiff competition.

During the seat, trainees, or ‘product managers’, learn how to code and develop new software for Nakhoda. They can get involved in marketing and be trained on how to pitch a tech product for sale.

Hamza Zaveri was the first trainee to join Nakhoda. He took part during his fourth seat and recently qualified in the firm’s capital markets practice. During his time at the start-up, Zaveri, who has produced a tech and innovation-themed podcast, got to grips with coding and product design.

“I really enjoyed working with developers and understanding the way they think and approach problems, including learning the coding jargon,” he said of his experience. “I liaised with clients and did some product demos which was also a useful skill to develop and I also managed to get involved in marketing and branding as that’s something I personally have a passion for.”

Agata Siuchninska is the second and current Nakhoda trainee. She will soon be joining the firm’s capital markets practice and has learnt how to code as well helped to digitise a number of documents relating to LIBOR reform.

“[A]s the only trainee on the team, you get to work on pretty much all aspects of the product development process from helping out with the initial conception of a feature to assisting engineers with investigating bugs in the code,” she said.

Nakhoda’s CEO, Shilpa Bhandarkar, told Legal Cheek about the value trainees bring to the team. “The trainee secondment to Nakhoda has given us a fresh pair of eyes and perspective which has made for better product design, especially in the run-up to the launch of our new digital contracting platform — CreateiQ.”

“For young lawyers interested in technology, it has given them hands on experience of building a technology solution, both on the technical side but also to become embedded in the ‘start-up’ way of working — such as through daily stand-ups or working in ‘sprints’. For our trainee development team, it complements our wider training around technology and innovation with hands-on experience. So a win-win all around.”

The seat builds on the firm’s wider innovation agenda, which includes schooling its trainees on legal tech as part of a new curriculum designed in partnership with Swansea University that launched last year. The six modules, on topics ranging from blockchain to smart contracts, were initially rolled out to the firm’s trainees before becoming a staple in its training contract, and available to its lawyers more widely.

Magic circle firms Clifford Chance and Allen & Overy have gone one step further with the launch of lawtech training contracts.