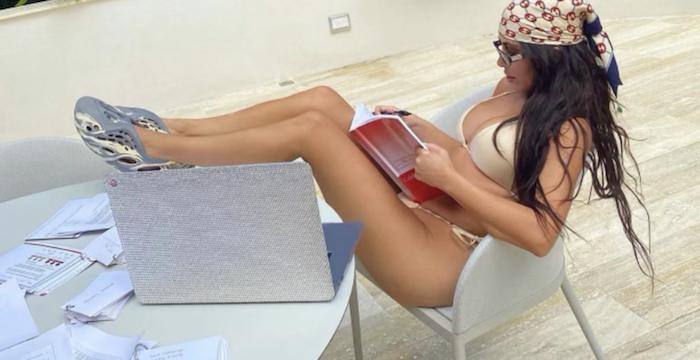 Kanye West has spoken on his estranged wife and law student Kim Kardashian’s quest to become a lawyer, saying he thinks people don’t want her to qualify because of her influence over young women.

The American rapper, now known as Ye, made the comments during his appearance on Thursday’s instalment of the Drink Champs podcast.

He also suggested that some of the lawyers that Kardashian trained with were ill-equipped to teach her.

“My wife was in a session with the lawyer that was training her, and the lawyer started making bad suggestions, and I was like, ‘Man, this dude is an idiot’. They’ve got an idiot training my wife. She gon’ fail the bar a third time,” he said.

“They can put a lawyer who gives you all the right things and just enough wrong things that you just missed your test by this much. You’ll get ’em next time,” he continued.

Ye’s comments come after Kardashian failed the California ‘baby bar’ exam for a second time in the summer. The reality TV star of Keeping up with the Kardashians fame scored 463, down from a previous score of 474, when she needed 560 to pass.

Sign up to the Legal Cheek Hub
Kim Kardashian Students US