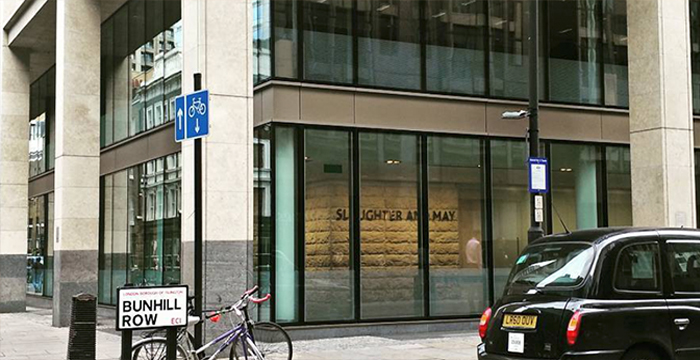 Slaughter and May has become the second magic circle firm to reveal its 2022 spring retention rate, following Linklaters which announced a result of 94% earlier this week.

Slaughters confirmed 34 of its 39 trainees due to qualify in March received offers, with 33 accepting. All are on permanent deals.

This gives the firm, which offers nearly 90 training contracts a year, a retention rate of 85%.

The Legal Cheek Firms Most List 2022 show the rookies staying on will receive a newly qualified (NQ) salary of £107,500 after the firm announced an increase last month. This is nearly double the firm’s second year trainee salary of £55,000.

Today’s result is slightly down on the firm’s 2021 spring rate, when it retained an impressive 93% (38 of 41) of its qualifying trainees.

The remaining members of the MC — Allen & Overy, Clifford Chance and Freshfields — are yet to reveal their spring figures.