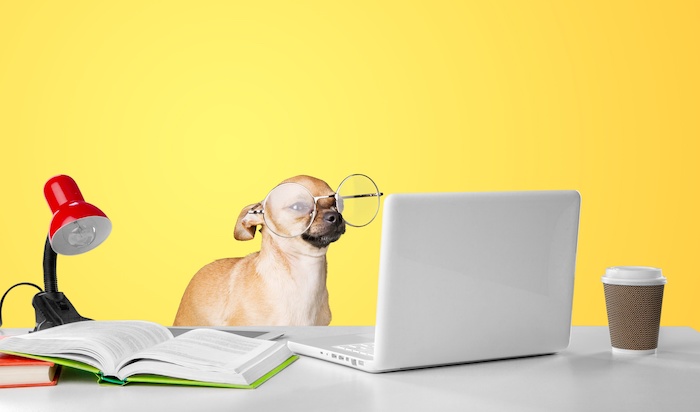 In an earlier debate on the same Bill, Lord Herbert stressed the importance of the distinction between animal rights and animal welfare. Whilst acknowledging that “we should treat animals humanely, compassionately and properly”, he ultimately concluded that “the doctrine of animal rights is unhelpful in guiding us as to how we should treat animals”. So what’s this legislation all about?

The Bill in question, which has since received Royal Assent, was initially mooted as a post-Brexit replacement for Article 13 of the Treaty on the Functioning of the European Union. Article 13 states that “animals are sentient beings” and therefore Member States must “pay full regard to the welfare requirements of animals, while respecting the legislative or administrative provisions and customs of the Member States”.

In its final form, the Animal Welfare (Sentience) Act 2022 re-affirms in law that animals are sentient and sets up an Animal Sentience Committee to oversee how government policies affect animal welfare. Ministers will have to respond in Parliament to its reports within three months. But ultimately, the Minister in question gets the final say. The Act also notably expands the legal definition of animal to include cephalopod molluscs and decapod crustaceans (like lobsters and octopuses) alongside vertebrates.

That much is clear. But what this legislation has to do with animal rights is not so obvious. So what are Lords Moylan and Herbert so worried about?

Describing exactly what rights are is a tricky task that remains the subject of much academic debate. But most broadly and basically they could be described as “any sort of legal advantage” in the words of the American jurist Wesley Hohfeld. Rights consist of claims to something (such as the right to life) and liberties (meaning the freed to engage in or refrain from certain actions like the right to freedom of expression). Thus far, it appears that the legislation may satisfy Hohfeld’s very broad definition of a right, but it does not look like the animals defined in this Act have gained any liberties or have much of a claim to anything.

To understand what has triggered such opposition, we need to explore two theories of rights: will theory and interest theory. These theories both provide criteria for who can hold rights. As Saskia Stucki explains, will theory views the purpose of rights is promoting and protecting some aspect of an individual’s autonomy and self-realisation, whilst interest theory has a lower threshold only requiring rights to protect or advance some aspect of an individual’s wellbeing and interests.

Accordingly, possessing agency and legal competence is the criteria for will theory. Interest theory, however, only requires the subject of the right to have an interest that should be protected because the subject has some intrinsic moral value (it can be made better or worse off in some way).

It is interest theory that is the root of Lords Moylan and Herbert concerns. This is because the Animal Welfare (Sentience) Act satisfies interest theory’s criteria mentioned above. It aims to protect certain animals’ interests (although it does so rather weakly) and clearly acknowledges the moral value of these animals by labelling them as sentient. So, are Lords Moylan and Herbert’s concerns that this Act is the beginning of animal rights that “is a complete upturning of our established view of moral conduct and “a completely new anthropology”? Does the Act really generate animal rights?

Well, it does so if you are convinced of interest theory’s explanation of rights and you can identify the liberty or claim animals have obtained. For me, this is not enough to constitute a right. Interestingly, Stucki would disagree. She argues for a further distinction between simple and fundamental rights, explaining that, even where weak (in this case, ministers must merely consider and respond to assessments on how animals might be affected by policy decisions but can still brush these aside after acknowledging them), such welfare legislation amounts to a simple right. But in the grand scheme of things, this is just nit-picking.

Proponents of such animal legislation have therefore always had to challenge the foundations of our legal systems. Then the famous barrister Sir Thomas Erskine did so by re-interpreting Christian dogma underlying the jurisprudential framework as a moral trust. Humanity, as trustee, therefore owed animals legal protections. Today, the problem is the increased blurriness of the lines between animal welfare legislation and animal rights.

We have always struggled with the problem of how we can best weigh up the interests of animals against our own. But it is important that there are those who recognise how easy it is to bark up the wrong tree about animal rights and call out those who use it to dog whistle and cast scaremongering aspersions.

Sign up to the Legal Cheek Newsletter
animal rights Animals

I really don’t care about animals

Another tour de force Will.

We obviously followed the sentience bill(s) on its/their way through Parliament; and a lot of people put great effort into giving a nudge here and the as needed; especially when parliament was prorogued. This Bill was the first one they reactivated though. So that was a result.

Did you see the Happy case? We did get knocked back on that 5:2. But the trajectory of jurisprudence is that eventually the dissents become the settled law.

We also got a namecheck in Wilson’s dissent; so that was nice of him,

Your article is perfect timing. This week is the 200th anniversary of the first ever animal rights legislation. For a certain value of ‘rights’ anyway.

Whatever next. I bet some snowflake millennial on that committee will be telling me I can’t enjoy a nice steak and a glass of Merlot on a Friday night because I’m killing innocent cows, and grapes have feelings too.