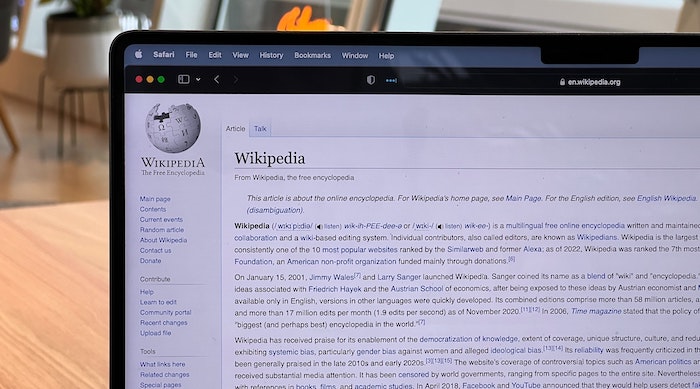 Top judges use Wikipedia when writing their decisions, a major new study has found.

Previous research has shown that scientific articles on Wikipedia get cited more in academic literature as a result. The researchers — from MIT, Cornell and the National University of Ireland, Maynooth — wondered whether the same was true of legal precedents.

To test the hypothesis, they had law students write 154 summaries of Irish Supreme Court decisions. Half went on Wikipedia and half were held back as a control group. Before they started, only nine such judgments had their own Wikipedia article.

They also put in the hard yards to make sure the articles were search engine optimised — so they came up near the top of a Google search for that case.

The cases given the Wikipedia treatment ended up being cited in other judgments much more often, and the control cases a bit less. “We estimate that adding a Wikipedia article increases judicial citations to those cases by 21.8%”, the paper says. This was “nearly entirely” Irish High Court judges leaning on the Wikipedia cases: “We see only small and statistically insignificant changes to the citing behavior of Supreme Court or Court of Appeal judges”.

The boffins were even able to do a linguistic comparison between the High Court judgments and the text of the Wikipedia articles themselves. The language was similar enough to suggest that the judges weren’t just using Wikipedia as a “stepping stone” to more authoritative sources; instead, “the contextualization of the case by law students on Wikipedia is itself influencing judicial reasoning”.

Dr Brian Flanagan, one of the authors, told Legal Cheek that the findings could be relevant in this jurisdiction as well:

“I do think that you can extrapolate to other systems. Ireland is a common law jurisdiction; a pattern in how Irish judges perform core functions may be expected to emerge in the performance of such functions in other common law jurisdictions, like the UK. Given the greater coverage of UK court cases on Wikipedia, the influence of Wikipedia on the use of precedent might be expected to be even larger”.

But he added that this greater coverage would make it harder to run a similar experiment in the UK.

The research will appear in The Cambridge Handbook of Experimental Jurisprudence next year but is available online already as Trial by Internet: A Randomized Field Experiment on Wikipedia’s Influence on Judges’ Legal Reasoning.

Sign up to the Legal Cheek Newsletter
Judges research Wikipedia

One day, a millennial will open a book and realise there’s a world outside their phone and cyberspace

Isn’t there a more likely – and mundane – explanation?

Namely, that having the case on Wikipedia renders it more likely that counsel will identify and cite it to the court?

Or simply that the cases that were put on Wikipedia were generally more useful / relevant to more proceedings – it’s a fairly small control sample so could easily happen.

That’s very interesting. Though perhaps the study is partly inaccurate…
It does not mention whether the cases that were summarised and posted on wikipedia were equally valuable in terms of the legal precedents they set out as those that weren’t posted. It could even be by mere chance that the precedents set in the summarised cases were applied somewhat more often if it just so happened that they were needed more often given that the cases that arise are obviously largely random. It would be better to compare cases that set the same precedent in order to make a valid comparison particularly because in this context 22% isn’t really overwhelming statistical significance.

They talk about exactly this in the section of the paper ‘V. EXPERIMENTAL DESIGN’ starting on page 19 towards the bottom. As with most clinical studies, they rely on randomisation.

There are few things worse than when a judge goes rogue and starts their own research after arguments have closed.