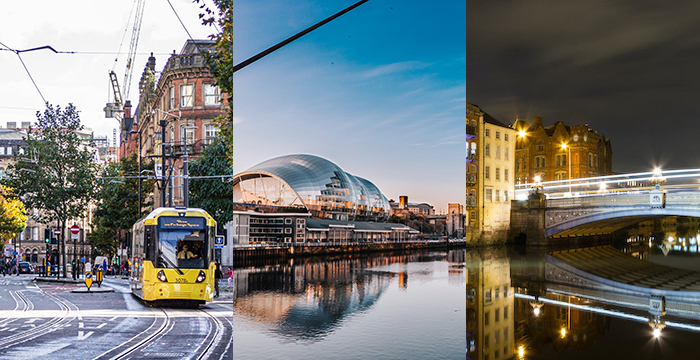 Experts from across legal practice and education came together at Legal Cheek and The University of Law’s (ULaw) latest Secrets to Success event to share their experiences of working in the North of England.

The speakers, who work at organisations with a significant presence in Leeds, Manchester and Newcastle, also reflected on the sustainability movement gathering pace in the public and private sectors, and the bearing this may have on aspiring lawyers.

Noting the Conservative’s 2019 manifesto pledge “to build prosperity and strengthen and level up every part of the country”, the panel took the opportunity to consider the extent to which Prime Minister Boris Johnson has, so far, carried out this promise.

The panel considered changing perceptions relating to working outside of London and the idea of connectivity. It was also of interest to consider how stakeholders, with environment-related specialisms in the northern legal market, view HS2 — the mention of which seems to carry with it the ability to divide opinion.

Barrister Piers Riley-Smith said that moving out of London was generally wrongly considered “a big leap”, adding that while at law school in London, the misconception among his contemporaries was that “it was London or quits — but this misconception is changing”.

So, what infrastructure developments can help to attract the best legal talent to the North, and bring about this change?

Riley-Smith went on to emphasise the improvement of wireless connectivity as key to aiding development in the North; promoting take up of highspeed broadband to increase efficiency and data transmission capability.

The rest of the panel chose to reflect upon connectivity from a transportation perspective. Womble Bond Dickinson partner Kevin Bell acknowledged the tendency for HS2 to split opinion, describing it as “very much a Marmite project — some love it, some hate it”. However, he went on to add, “the North and Midlands really do need further investment commitments from central government to speed up the recovery from the pandemic. HS2 can help kick-start the North’s economy by acting as a catalyst for huge regeneration in northern towns and cities, bringing job creation, encouraging social mobility and allowing for economic growth”.

ULaw campus dean Matthew Tomlinson was of a similar view, explaining that he saw infrastructure in its current state as flawed in the North. He stressed the need for better transport connectivity: “individuals and expertise need to be attracted to these different pockets, with the ability to move within a region.” Pinsent Masons partner Amie Norris echoed the general feeling among the panellists, expressing her opinion that transport links to the North are currently inadequate, but look set to improve. She added, however, that the legal market in Manchester in particular is mature, and the North-South divide is perhaps less evident in this respect.

We’re live at Secrets to Success North, run in partnership with @UniversityofLaw and featuring speakers from @PMgrads, @WBD_TraineesUK and @Kings_Chambers. Here are the key themes the panel will be discussing ⬇️ #VirtualLegalCheek pic.twitter.com/pNojC2pzeP

With the UK formalising its post-Brexit relationship with the EU at the end of last year and the government’s recent announcement to implement a ten-point plan to bring about a “green industrial revolution”, there is bound to be a knock-on effect for legal work. The panel at this month’s event discussed the implications of new government policy, and the sustainability movement gathering pace in corporate law firms.

From a corporate perspective, Norris added the “drive towards greener energy has existed for some time, with a focus on sustainability”, adding, “the companies that will do well are those that can find innovative ways of producing sustainable energy. Whilst innovation is not limited to technology, it is clear that technology solutions will be key across a number of sectors including energy.”

Finally, Tomlinson concluded with some words of advice for students interested in the energy sector.

“Energy law is clearly an expanding area of law. It is highly topical, and legislation is developing behind it. There will be plenty of work for the future generation of lawyers in this field. I’d advise students to consider which firms practise that kind of law.”

“But also keep an open mind. Students often have prescriptive ideas on what area they are going to specialise in. Many students find that once they get onto a course, work experience or shadowing, they start to change that focus and find interests in different areas.”

Matt Tomlinson, campus dean for @UniversityofLaw Leeds and Sheffield, explains why it’s important to keep an open mind during the early stages of a legal career #LCCareers pic.twitter.com/63hRZxf4Cn