This article is the best-in-category winner entry to the Justis International Law and Technology Writing Competition 2020, from the category of ‘technology and the future of legal practice’ 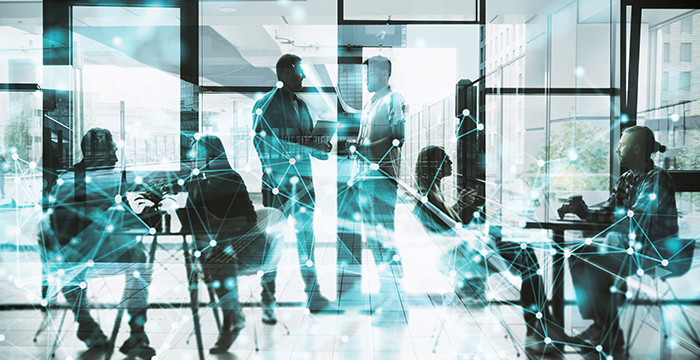 Smart contracts, which were once theorised, are now somewhat realised, thanks to recent developments in distributed ledger technology.

Yet, these self-executing agreements written in code are not a panacea to businesses’ and individuals’ contracting woes. It is argued that smart contracts worsen existing power asymmetries between contracting parties, thus, fallbacks must be provided for.

Smart contracts are defined by Werbach and Cornell as “self-executing digital transactions using decentralized cryptographic mechanisms for enforcement” [1]. By automating performance of parties’ obligations upon the fulfilment of specific technical conditions, smart contracts have been said to “create trust in no-trust environments” [2], since parties are literally bound and may not renege on their promises. The same principles of contract law apply to smart contracts [3] — it is trite law that contracts do not need to be written to be enforceable, they are valid as long as they contain the essential elements of contract formation.

Commentators have written extensively about how smart contracts can achieve greater trust and accountability [4]. Performance is made inevitable when legal obligations are effectuated automatically, upon the triggering of a prerequisite condition. This is exemplified by AXA’s Fizzy, a smart contract which makes ‘direct, automatic’ compensation to customers who have experienced a flight delay. The measurability [5] of quantitative phenomena (flight timings, option expiration dates, etc.) allows for smart contracts to oversee the entire lifecycle of contractual activity, from performance to breach to remedial [6].

Some have also argued for the computability of qualitative phenomena [7]. Artificial intelligence in the form of machine-learning, by analysing datasets of previous judgments — such as what industry experts would historically construe as ‘reasonable care and skill’ — would allow a smart contract to assess whether a particular breach has taken place and to enforce the payment of damages accordingly. Consequently, trust in the performance of a contract is reallocated from fallible humans to infallible code.

However, smart contracts are inherently limited in what they can actually monitor and enforce. The computer, in applying Boolean logic and formal coding language, searches for sharp, categorical distinctions in phenomena. We know the real world to be far more indeterminate and ambiguous. Certain decisions require a judgment call weighing up multiple factors, such as industry standards, regulatory frameworks and the ongoing business relationship. Commonplace legal standards as “reasonable care” or “good faith” are impossible to express in code [8] and are not easily adjudicated on even by experts. Problems with adjudication similarly manifest in contracts dealing with multiple parties across supply chains — where it is impossible to assign causal blame for breach to one party.

Further, smart contracts may exacerbate power imbalances by ‘locking’ weaker parties into performance. They limit the agency of contracting parties in making rational choices post-signing of a contract — such as where it makes more economic sense to pay damages than to proceed with performance. Given the huge costs associated with drafting a smart contract, it is unsurprising that smart contracts “will only be cost-effective where a standard form will eventually be used in scale” [9]. Consumers are more likely to accept oppressive provisions than to reject the product altogether. By automating the performance of obligations, there is little leeway in practice for consumers to back out of an ill-formed agreement expeditiously. Existing power asymmetries are thus exaggerated if smart contracts come without any fallbacks.

Smart contracts are set apart by their ability to be free from third-party interference. Just like cryptocurrencies operating on a blockchain, ‘no single person controls or can frustrate performance’ [10] in a smart contract. This does not mean that smart contracts are immune from the law [11] — since principles of duress, undue influence and misrepresentation would continue to operate in theory. Yet, smart contracts also give parties the discretion to decide when to tie their hands.

This means that for efficacy, parties may demarcate when to defer to the computer’s decisions, and when to defer to a human adjudicator. Thus, even if the computer makes an objectively ‘wrong’ decision, parties can still be bound by performance. Since the smart contract automatically sets performance into motion, it is extremely difficult in practice for parties to escape contracts lacking in the initial formative consent [12]. As such, guaranteeing performance is not a solution for remedying no-trust situations where the validity of contract formation has been compromised.

Furthermore, the performance of obligations is not the be-all and end-all of a contract. Taking Macaulay and Macneil’s relational view of contracts [13], not all agreements are designed with precise execution in mind. Instead, most open-ended clauses are deliberately drafted to give parties greater discretion, so as to foster long-term working relationships. The vagueness of such provisions allows for parties to respond flexibly to unforeseen commercial circumstances “without having to redraft the agreement” [14]. Parties might not even be too concerned about the legal enforceability of a contract, instead relying on ‘alternative mechanisms, like reputation and internal sanctions’ [15], to hold the other party to account. Socially, such open-endedness builds trust in the long run — the very thing that smart contracts purport to create.

To avoid leading to unfair or unintended results, a human gatekeeper is still needed to safeguard smart contracts. While computers may arrive at prima facie legal assessments, there must also be room for meaningful engagement with an impartial and informed decision-maker. As noted earlier, parties may simply bypass this by agreeing to tie their hands regarding decisions made by a computer. It is then up to regulatory authorities to mandate for a human element in overseeing these automated decisions.

It may be worthwhile to consider implementing a set of ethical guidelines for smart contracts, since the automation of performance has the potential to exacerbate differences in bargaining power between parties. With a growing emphasis being placed on trustworthy AI (which according to the European Commission, requires human agency and oversight [16]), it is necessary for smart contracts to preserve traditional avenues for recourse when things go wrong. Making technical guarantees of contractual performance is not good enough.

Alicia Lim is a final-year law student at the London School of Economics and Political Science. She is an aspiring litigation lawyer and will begin her training for admission to the Singapore Bar in August 2020.

The Justis International Law and Technology Writing Competition is in its third year. This year, the competition attracted entries from students at 98 universities in 30 countries. Judging was conducted by a panel of industry experts and notable names, including The Secret Barrister and Judge Rinder.