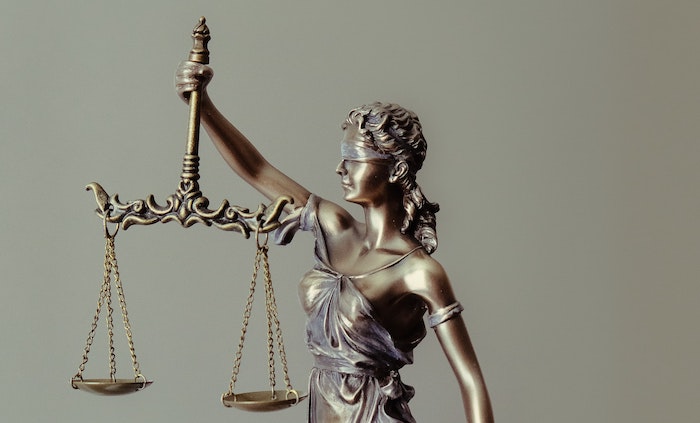 Last Friday, the Bar Council released a Civil Legal Aid Report. The civil legal aid system, it states, is “running on an empty tank”, sustained only by “the goodwill of the legal profession”. The report details lawyers’ deteriorating physical and mental health, very few incentives for debt-ridden law graduates to join the profession, and a system becoming ever-more inefficient and alienating. It concludes by “pleading for the basics”: that lawyers are “paid and supported to do their jobs”.

How on earth did we get here? By tracing the history of legal aid through five phases, this article will provide the answer. The source of my information, unless otherwise stated, is here.

We begin in the 1940s. Legal Aid and Advice Act 1949 established the United Kingdom’s first state-funded legal aid system. While the 1949 Act was principally directed toward making divorce more accessible, its scope was almost unlimited. Aid could be sought for nearly any criminal or civil matter (exempting only libel and defamation) and could be paid to anyone of “small or moderate means”. Indeed, 80% of the population were eligible. Administered by the Law Society on behalf of the state, legal aid was free to the destitute but, for those who could pay, contributions were calculated on a sliding scale.

The 1970s changed a great deal. Before this, legal aid expenditure was low largely because, for disadvantaged people, it was difficult to access appropriate lawyers. Deprived areas housed few legal practices, and even fewer lawyers practised in areas most relevant to the needy (e.g. housing and social welfare).

This all changed when, on 17 July 1970, the first Law Centre opened in North Kensington. It began advising pro bono on criminal, housing and other matters. Its influence was such that, by the end of the decade, 26 similar centres had been established. Naturally, as access to justice increased, so too did the dispensation of legal aid. Similarly, dispensation increased after 1973 when, under the new ‘Green Form Scheme’, solicitors began quickly and simply providing legally-aided advice to individuals with meagre incomes. Throughout these changes, eligibility remained relatively stable. In 1979, 79% of the population could claim (only one percentage point lower than in 1947).

In the 1980s, legal aid became a matter of political concern. By 1986, net legal aid expenditure was £342 million per year. There were two notable causes of the rising expenditure, in addition to the greater access to justice. First, solicitors’ social welfare work was increasing (in 1976 there were 27,000 social welfare claims; by 1986, the number was 172,000). Second, tightening of asylum law caused a surge in immigration disputes, resolution of which (predictably) required legally-aided litigation.

The first ever cuts to legal aid came in 1986. By adjusting the formula by which disposable income was calculated, eligibility for civil legal aid was reduced from 79% to 63%. In addition, those who were eligible were now required to contribute more money towards their legal fees. This is important: even those who remained eligible in principle might reasonably choose not to claim, given the unaffordability of the contributions. Administration of aid also moved, from the Law Society to a new ‘Legal Aid Board’.

Throughout the 1990s, expenditure continued to rise. By 1995, the annual cost was £1.4 billion. Most expensive was civil legal aid (£675 million), followed by its criminal counterpart (£530 million). A flurry of cost-cutting initiatives followed. We will consider three.

First, eligibility was progressively tightened. Eligibility fell to 53% (1993), then to 47% (1995). Finally, in 1997, Lord Irvine proposed that most civil cases be entirely removed from the scope of legal aid. Their resolution would instead be privatised and subject to ‘Conditional Fee Arrangements’ (i.e. lawyers paid only if their client wins).

Second, also in 1997, Tony Blair’s New Labour government attempted to reform provision of legally-aided service. Delivering on a manifesto promise, an ambitious, joined-up network of providers was envisaged: professional lawyers, the not-for-profit advice sector and local authorities would work together, delivering bespoke services to match the unique needs of each community. Sadly, this so-called ‘Community Legal Service’ was doomed. The project imploded within eight years, owing to a leadership vacuum, absence of accountability and lack of any common interest.

Third, and most strikingly, the Access to Justice Act 1999 was passed. Aid administration was transferred from the Legal Aid Board to a new ‘Legal Services Commission’. The scope of legal aid was narrowed: assistance was now unavailable for, inter alia, will-making, trust law, most personal injury and business law. A ‘quality mark’ system replaced the Green Form scheme: any firm wishing to provide legally-aided services now had to prove their advice centre was sufficiently effective and efficient. Devastatingly, a hard cap was imposed on civil legal aid expenditure, incentivising ever thriftier dispensation.

The new millennium dawned on an emerging crisis. By 2007 only 27% of the population were eligible for legal aid. Consequentially, most private firms had abandoned legally-aided work. To assist, innovative legal-advice structures were trialled — like CLACs (‘Community Legal Advice Centres’ providing bespoke advice in urban areas) and CLANs (Community Legal Advice Networks’ advising larger geographical areas). These, too, failed. Local authorities were unwilling to fund them.

Meanwhile, criminal expenditure soared. By 2006, Crown Court (and higher) cases were consuming almost one third of the total budget. Privatisation ensued. A ‘Criminal Defence Service’ was established, discharging defence work on fixed-price contracts. However, government was divided over how best to tender these contracts. Resentment grew internally, and between the Ministry of Justice and the Legal Services Commission.

Attempting to ameliorate the situation, in 2006, Lord Carter delivered a report on how to sustainably deliver legal aid. Its solutions, affected in 2007, involved introducing fixed-fees for all criminal and civil work. Criminal lawyers’ pay fell strikingly, both in the magistrates’ court (by 16%) and the Crown (by 20%).

And yet, the worst was yet to come. As the decade concluded, the incumbent coalition government devised plans to reduce legal aid expenditure by £350 million. Here begins the darkest period in our history.

Our sole focus is Legal Aid, Sentencing and Punishment of Offenders Act 2012 (LASPO). LASPO throttled the scope, eligibility for and payment of legal aid.

As regards eligibility, even if one’s case is within scope, one now must be practically destitute to qualify for legal aid. There are two thresholds. (1) Capital assets: one must have less than £8,000 in capital assets (i.e. money, assets and (some) interests in land, possessed either by you or your partner) and also earn less than £2,657 per month and also possess less than £733 disposable monthly income. While the latter two conditions fall away if the claimant receives a ‘passporting benefit’ (e.g. Income Support; Universal Credit) these benefits, too, have become increasingly difficult to secure. (2) Merits: One’s case must have more than 50% chance of success and the benefits of receiving legal aid must outweigh its financial cost. Failure on any ground disqualifies the claimant for legal aid.

Finally, payment rates themselves have reduced. Civil lawyers sustained fee cuts of 10% across-the-board. ‘Fee enhancements’ (which ordinarily lift fees to reflect, for example, the complexity of a case) are now capped. Criminal lawyers’ wounds are harder to quantify. While, in 2014, criminal solicitors’ and barristers’ fees were markedly cut (by, respectively 8.5% and 6%) the harshest damage has been done to graduated fee arrangements. Reportedly, there has been an 80% reduction in some fees under those schemes, as compared with the pre-2018 position. Expert witnesses, too, have suffered a 20% reduction in remuneration across all civil and criminal work (excepting neural-experts, who have sustained a 10% cut).

For access to justice to mean anything, individuals must be able to vindicate their legal entitlements. Courts must be open, litigation must be affordable and lawyers must be available.

LASPO could not be further from what was envisaged under the Legal Aid and Advice Act 1949. Restrictions on the scope of and eligibility for legal aid has rendered justice all-but inaccessible for society’s most vulnerable. Even when aid is available in principle, any lawyer who attends to one’s case will be underpaid, overburdened and exhausted.

The publicly-funded legal sector may soon entirely break down. Ambiguity surrounds only what will give first: the sector, its lawyers, or the vulnerable people whom the system was designed to serve.

Jordan Briggs graduated in law from the University of Oxford and began an LLM at the LSE in September. He is an aspiring barrister.