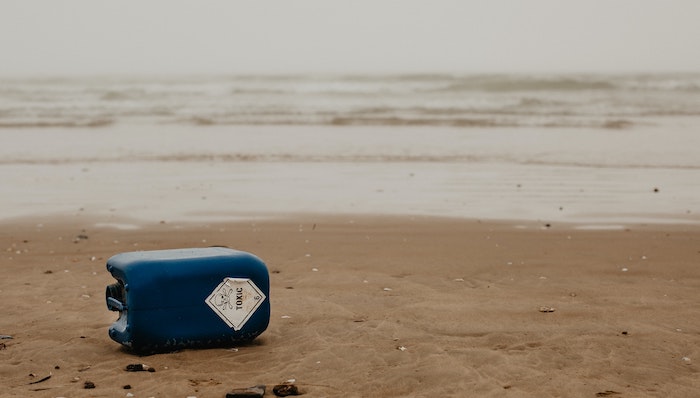 In October 2000 the European Convention on Human Rights (“ECHR”) came into force and with it a whole host of important rights and freedoms including the freedom of expression, freedom from torture, and the right to a fair trial. It was heralded by the then Labour government as a historic extension of human rights in the UK. But as comprehensive as the ECHR may seem, and as historic, there is one possible right on which it falls silent — the right to environmental protection.

It has been firmly acknowledged for several decades that there is an intrinsic link between environmental protection and human rights. Put simply, one entails the other — human rights directly address our environmental concerns and, at the same time, environmental problems affect our ability to benefit from human rights. This is perhaps most obviously seen in respect of the right to life, which must recognise a certain standard of environmental quality allowing us to live safe and healthy lives. How are we to properly enjoy our right to life if the air we breathe is polluted with carbon dioxide? Likewise, how are we to enjoy our right to respect to a private and family life if the water we drink is undrinkable? With this in mind, the omission of a standalone right to environmental protection is a missed opportunity.

Therefore we must look to another international instrument to fill the void, one which explicitly and unashamedly recognises the right to environmental protection. We must look to what is arguably the most significant environmental agreement to be ratified by the UK. The following will do just that and, in doing so, it will discuss how it has been applied in the UK.

The agreement in question is the Aarhus Convention (“Aarhus”), or to give it its formal name: ‘The UNECE Convention on Access to Information, Public Participation in Decision-making and Access to Justice in Environmental Matters’. It was adopted in June 1998 in the Danish city of Aarhus and ratified by the UK in February 2005. Whether you pronounce it ‘are-house’, or ‘are-hoose’ (both are heard in equal measure), Aarhus’ primary aim is to enhance public participation in environmental decision-making. The theory is that the availability of more environmental rights will lead to better environmental sustainability. This aim is embodied in three ‘pillars’ which are:

(2) Public participation in decision-making, and

Each pillar provides focus to the overarching aim and they are unambiguously grounded in the interconnectivity between environmental and human rights. Right at the front and centre, on the very first page, Aarhus declares that “adequate protection of the environment is essential to human well-being and the enjoyment of basic human rights”. Not ideal or important, but essential. In addition, a further distinguishing feature is the acknowledgment of the rather haughty sounding principle of intergenerational equity: simply the notion that future generations ought to be able to enjoy the environment and benefit from it just as much as their forebears. But while abstract principles are all well and good, let’s not forget that Aarhus imposes practical duties on its signatories too.

Arguably, they make it easier to obtain information. Applications can be made orally as well as in writing. Furthermore, they can be made to a much wider range of public authorities as Aarhus embraces a broad definition of ‘public body’ which includes bodies simply under the control of a public authority — a generous definition which can capture private bodies too. Finally, unlike the general freedom of information regime, applications under the Regulations cannot be refused solely on costs grounds.

That last point is especially noteworthy. Authorities cannot deny a request just because the cost of providing it is too great; in removing this excuse, Aarhus recognises that being able to have sound, useful information on the environment outweighs any financial considerations. Purely as a matter of policy this is big, and coupled with the wider definition of public authority, Aarhus has made it easier for people to stay informed — or at least have the opportunity to stay informed — when it comes to the environment, enabling people to meaningfully participate in decision-making.

Speaking of which, Aarhus’ second pillar requires public authorities to make arrangements to enable the public to comment on proposals for certain environmental activities and then consider those comments when making decisions. Such activities include proposals for plans, programmes and policies affecting the environment, as well as environmental legislation.

This is self-explanatory. To illustrate, chances for public participation can readily be seen in the context of planning decisions, where the public have an opportunity to comment on proposals big and small, which will inevitably impact the environment around them. When authorities fail to take public comments into consideration, the final pillar comes into play.

The public have a right to challenge environmental decisions made in breach of the first two pillars or in breach of other environmental legislation; importantly, the government must make sure that environmental challenges are not “prohibitively expensive”. This has been implemented by amendment to the Civil Procedure Rules. As a general rule, individual claimants in challenges relating to environmental matters can apply for an order capping their liability to £5,000. If granted, the maximum they can claim if they win is £35,000.

Given that litigation is expensive, claimants can live in relative comfort knowing that their liability is capped, although of course £5,000 is still a significant sum, and what if a claim is successful and legal fees exceed £35,000 — a Pyrrhic victory? However, the definition of ‘environmental matter’ is reassuringly wide, held in Venn v Secretary of State for Communities and Local Government [2014] to encapsulate judicial reviews and all forms of appeal that touch on the environment. Therefore whatever financial risk a claimant exposes to themselves, it is good to know that the odds are in the claimant’s favour when applying for the Aarhus cap.

Through its three pillars, Aarhus does improve public participation in environmental decision-making by making environmental challenges just about affordable, as £5,000 is modest when compared to the average cost of litigation, and it enhances freedom of information provisions. Such rights are more important than ever. On 17 December 2020, a coroner found for the first time ever, that exposure to air pollution had materially contributed to the death of nine-year-old Ella Kissi-Debrah. It has become a landmark case in which the coroner pointed out that the levels of nitrogen dioxide around Kissi-Debrah’s home exceeded World Health Organisation and European Union standards. Crucially, he also added:

“There was also a lack of information given to Ella’s mother that possibly contributed to her death.”

The notion that there should be an abstract right to environmental protection and information can, admittedly, seem like an inessential luxury; but the above goes to show the importance of environmental information and protection. Mercifully, what the ECHR lacks, other agreements make up for in abundance. The African Charter on Human and Peoples’ Rights (the ECHR’s African equivalent) contains a provision stating that everybody has the right to a general satisfactory environment, while further afield, the Indian Supreme Court has interpreted India’s codified constitution to include a right to clean and healthy environmental conditions. Aarhus is in good company.

Paul Wyard is a paralegal at an environmental law firm in Cambridge. He graduated with a first-class degree in law from Oxford Brookes University in 2019.