As part of Legal Cheek’s occasional series exploring buzzing legal research across the UK and internationally, today we examine the monetary value we place on the natural world 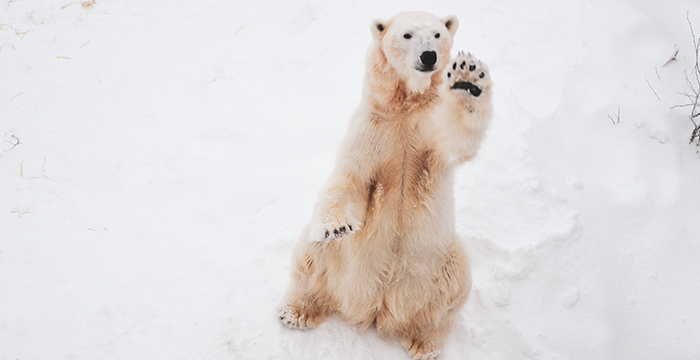 You probably haven’t ever had to think about the value of a fine forest or a lake or an English Oak, about what price tag we should put on a polar bear. But that is exactly what London School of Econmics PhD law student Sroyon Mukherjee is doing. His research is investigating how courts put a monetary value on specific parts of the natural world or, indeed, on a species or specific ecosystem. It’s called environmental valuation.

Valuation of the environment has many critics (The Guardian once passionately advocated against valuations). Those against believe that it devalues our natural world: as the argument goes, if you put a value on the polar bear as a species using standard valuation techniques, you might well come up with a number, say, US$100 billion (£79 billion), that is actually less than the wealth of an individual (Jeff Bezos’ net wealth is around US$150 billion (£119.5 billion)). Does that mean that polar bears are “worth less” than Jeff?

Mukherjee is, for now, leaving that question to others: “I am saying since we are doing valuations anyway, with some consistency and transparency, we can do them better”. He uses the example of the way we quantify personal injuries: “The courts can always find a way. It is not to say that the value of limb is reduceable to that number, but it is a way of compensating for your loss.”

He tells Legal Cheek: “What got me interested in this area is that there is a lot of economic literature on this subject but not much legal literature on what happens when these cases end up in court. If there is a drastic oil spill and a state then makes a damages claim against the shipping company for the environmental damage, interested parties put forward their own valuations, a judge needs to choose between two different valuations. But the decision-making process is not always consistent or transparent.”

Valuations may be backward- or forward-looking: you may need a ‘retrospective valuation’ where the damage has already happened such as in an oil spill case, but a ‘prospective valuation’ for a cost-benefit analysis of future effects: of a regulation to improve water quality, for instance. So there needs to be a valuation of the cost to industry of those rules. In such a scenario, says Mukherjee: “the regulator has its own expert whose valuation may be challenged by environmental groups arguing that the benefits of clean water have been under-valued, while industry lobbies argue that they have been over-valued.”

The main reason why values can be so different is variations in what should count in the valuation — a measure will depend on what you are measuring (much as a recipe will depend on its ingredients). If you are looking at damage caused by an oil spill, should you be looking at damage in a particular area, such as, for instance, the state of Florida, or are you looking at losses in other neighbouring states? Do you only consider losses only to residents of Florida, or also to non-residents such as visitors and tourists?

Another variable is whether you take into account what is known as use value, or non-use value, or both. Mukherjee explains: “If you use a resource, such as a park near where you live, and you get some value out of it, we call that ‘use value’. But if you live far away from the park and don’t directly use it, you might still value its existence, that is a form of ‘non-use value’.” Should the latter be included?

Mukherjee is exploring whether we can have a more considered — and consistent — approach to valuation so that judicial decisions are better informed: “A decision can be analysed as a series of steps. What forms of value should count, valuation methods, the role of experts.”

Before all that, however, Mukherjee envisages a step one where a judge is asking: “should I be valuing at all?” There might be other ways to make a decision. You can do an ‘informal’ cost-benefit analysis without putting a number on it. Or if you have to put a monetary value, there is a school of thought that damages should be based on deterrence, so you fix the amount to deter further incidents of damage.”

As environmental litigation continues to grow, valuing these precious resources is going to become more and more common. Mukherjee wants to find the best way to do that.

This is the fifth Legal Cheek Journal series looking at new and interesting legal research. If you are working on a paper or research which you’d like to share with Legal Cheek, email us.