As part of Legal Cheek’s occasional series exploring buzzing legal research across the UK and internationally, today, we explore the arguments of UCL Professor Virginia Mantouvalou that UK courts are unduly harsh on employees sacked for their foolish social media posts 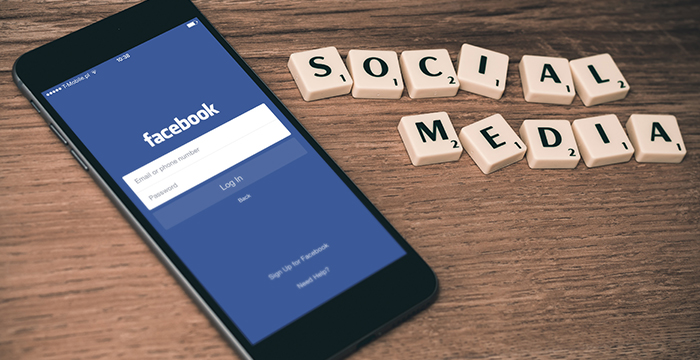 We all know that social media posts can be vile, stupid, reckless or just reflect a position we don’t agree with. Clive O’Connell was a corporate law partner at Goldberg Segalla and Chelsea FC-mad. He labelled Liverpool fans as “scum scouse idiots” on a YouTube video. Nice.

Angela Gibbins, employed by the British Council, commented on Facebook on a photo of a two-year-old Prince George: “White privilege. That cheeky grin is the (already locked-in) innate knowledge that he is Royal, rich, advantaged and will never know any difficulties or hardships in life.” Lively.

But did these individuals deserve the fate which followed these posts?

Clive O’Connell was promptly pushed out of the partnership, and in Gibbins’ case her social media post ended up in The Sun and she was dismissed for gross misconduct for bringing her employer into disrepute. She brought a claim for unfair dismissal but lost: the tribunal found that her dismissal was lawful.

Professor Mantouvalou argues in her recently-published paper that these tribunals ignore the fact that employees have a right to privacy and to free speech. Even if we don’t particularly like the posts, they may be embarrassing, nasty or unsavoury, that doesn’t mean their authors should lose their jobs.

On privacy, Mantouvalou argues that it is not right to argue that everything on social media should be seen as “public”. She says: “The location of an activity is not determinative as to whether that activity is public or private.” She gives the example of “sharing a secret in public space with a loved one, while a passer-by deliberately eavesdrops and then shares the secret with others constitutes a breach of privacy despite the fact that the act occurred in a public space.”

This can’t be right, says Professor Mantouvalou: “Privacy is a broad normative concept, which can protect individuals from employer domination for conduct within or outside the workplace and working time, in public and in private space.” Instead, tribunals should look at dismissal using the standard European Convention on Human Rights-based test of proportionality — is dismissal the right response when someone tweets something foolish, reckless, stupid, or rude?

Then there is Article 10: our freedom of expression which, as we all know, includes the right to be offensive and rude. It is long-established, Mantouvalou argues, that an employer should not treat an employee detrimentally for expressing political views or making comments that are critical of others (or even of their employer — hence, the incredible legal protection for whistleblowers), and social media is the most common vehicle for such views or comments, so posts on Facebook or Twitter must in principle engage Article 10.

By being able to control the social media posts of its staff, employers are making themselves “moral arbiters” of their staff’s views and positions both within and outside of a work context. She concludes: “Free speech should be defended rigorously in the workplace, for otherwise employers can exercise tyrannical power over employees who hold views that they find disagreeable or distasteful.” Mantouvalou also believes that employers have now got into the habit of using social media as an excuse. She tells Legal Cheek: “If they want to get rid of someone, they will trawl through their social media accounts to find something inappropriate.”

Perhaps there is some hope, however, that not all firms will take the ‘sledgehammer’ approach to every social media ‘nut’: Clifford Chance did not sack Aysh Chaudhry, a trainee at the firm when, in 2015, he made a 21-minute video which he posted on YouTube in which he called on British Muslims to adopt a more robust stance against western concepts of freedom of speech and tells Muslims that Islam is “superior” to Western ideologies. Despite mounting pressure and media interest, Clifford Chance did not change their minds, and simply called the comments: “personal and not those of Clifford Chance”. Well. Quite.

This is the latest Legal Cheek Journal series looking at new and interesting legal research. If you are working on a paper or research which you’d like to share with Legal Cheek, email us.