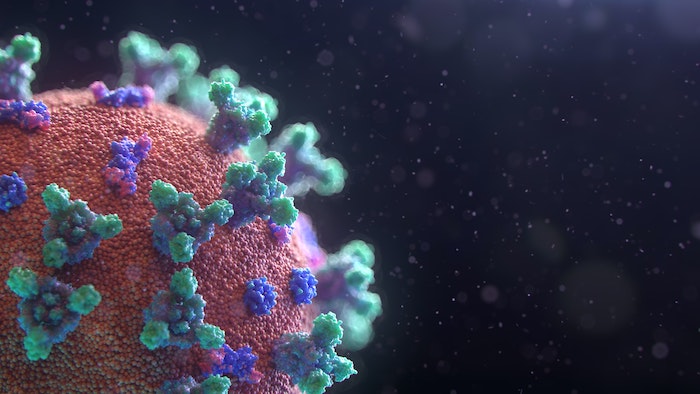 Both Trevor Belle (61-year-old taxi driver) and Belly Mujinga (a 47-year-old railway worker at Victoria Station) tragically lost their lives due to coronavirus in April this year. Before contracting the disease, both Belle and Mujinga had been spat at whilst working during the pandemic.

Regarding Mujinga’s case, the British Transport Police stated that the attack did not lead to her death. The force claimed that no action would be taken against the man behind the attack, based on the negative antibody test he presented after the incident. They concluded that there was “no evidence to substantiate any criminal offences” therefore the matter would not be referred to the Crown Prosecution Service (CPS).

However, the CPS has since asked to review this police investigation.

The perpetrators in both Belle and Mujinga’s cases committed common assault by battery. Battery is the application of unlawful force upon another and falls under section 39 of the Criminal Justice Act 1988, carrying a maximum sentence of 12 months. Case law has established that this offence covers incidents such as spitting, pushing, and slapping.

Whilst these perpetrators have not been prosecuted, other defendants who spat at emergency workers during the pandemic have been.

Brandon Wallace was sentenced at Barkingside Magistrates’ Court for assaulting two emergency workers; he spat at police officers whilst claiming he had the virus. George Crean has also been sentenced to 12 months in prison, for removing his face mask to spit at an officer during his arrest.

In cases like Belle and Mujinga, for many, a summary offence does not feel like justice. Therefore, this short article will question whether the law can go further and whether spit attacks during a global pandemic could constitute an indictable offence.

Constructive manslaughter (also known as ‘unlawful act manslaughter’) is a form of involuntary manslaughter. It is involuntary as an unlawful killing has taken place, but the defendant lacks the mens rea (the guilty mind) for murder.

There are four elements to prove this:

1. There must be an unlawful act

2. The unlawful act must be dangerous

3. The act must cause death

4. The defendant has the mens rea of the unlawful act

As previously established, the unlawful act here would be a battery.

The prosecution would then have to persuade the jury that the act committed was dangerous. In court, this is an objective test, based on what a sober and reasonable person would regard as giving rise to some harm (albeit not serious harm) — held in the case R v Church.

Pre-pandemic spitting would not be dangerous, however, given the current climate a jury may decide that in these unprecedented circumstances it is.

In passing the Coronavirus Act 2020 the government laid down legislation highlighting the dangers of the virus. Under this Act those breaking the rules (e.g. excessive travel) would be sanctioned, reinforcing the severity of COVID-19.

The novel virus is a global threat and, in the UK, it has now killed more than 40,000 people; the second-highest death toll in the world. COVID-19 also transmits through particles emitted from the respiratory tract, which shows actions such as spitting and coughing present a risk of it spreading, as a result the government guidelines have suggested we stay two metres apart from people outside our households.

Furthermore, people from the BAME (Black, Asian and Minority Ethnic) community (like Belle and Mujinga) are at greater risk as they are twice as likely to die from the virus.

Therefore, a reasonable and sober person would know that spitting at someone, who belongs to a high-risk category, knowing that the virus has deadly effects, would give a risk to some harm.

The prosecution then has to show causation, meaning the unlawful act has caused the death. This limb is more challenging.

The force found no connection between Mujinga’s death and the act, based on the fact that the perpetrator did not actually have coronavirus at the time he spat on her (his antibody test was negative). However, the Centre for Disease Control (CDC) has warned that antibody tests for COVID-19 may be wrong “up to half of the time”. CDC also states on their website “test results should not be used to make decisions about returning persons to the workplace”.

It seems difficult to comprehend if we are unable to use this test to decide trivial matters such as going to work, how the police can conclude criminal liability from it.

Yet, though the flawed test does not disprove a connection between the two, it remains unclear whether the spitting was the solely attributable cause of Mujinga’s death. If the antibody test were inaccurate it would remain difficult to show this was the transmission which caused her to catch the virus. As a key worker with inadequate Personal Protective Equipment (PPE), she would have been exposed to other people.

So, if the perpetrator had tested positive, would a prosecution for manslaughter have been brought?

Still very unlikely, because without being able to give scientific evidence, it would be impossible to prove beyond all reasonable doubt that the perpetrator’s spit was the exact transmission.

However, in circumstances where a victim was not exposed to, or in contact with other people after the incident, causation could potentially be proven.

The final element would be to show that the defendant has the mens rea of the unlawful act committed. For battery, this is intention or recklessness. Spitting is an intentional force against a person (or at the very least, reckless). It does not matter that a defendant does not foresee death.

If a case similar to Belle or Mujinga’s were to arise after the pandemic (and causation could be proven) then the law of constructive manslaughter would have to consider whether intentionally passing/attempting to pass on COVID-19 could satisfy this.

For some, this may seem implausible, yet in other Offences Against the Persons, diseases have been incorporated through common law.

In R v Dica judges amended the law to include the reckless transmission of a disease (HIV) with intent to cause harm constituted grievous bodily harm (GBH). This precedent was later followed and extended in Daryll Rowe’s case to incriminate the deliberate transmissions of HIV; he essentially used the disease as a ‘weapon’.

Although this string of case law relates to a different offence and disease, common law has shown some flexibility and a willingness to evolve to recognise the severity of harm diseases can cause.

It will, therefore, be interesting to see whether the law develops to address issues after the pandemic where COVID-19 has been used to intentionally spread or attempt to spread the virus, causing the death of a person.

Anna Hayes is a second-year law student at the University of Birmingham.