It’s seen as a human right 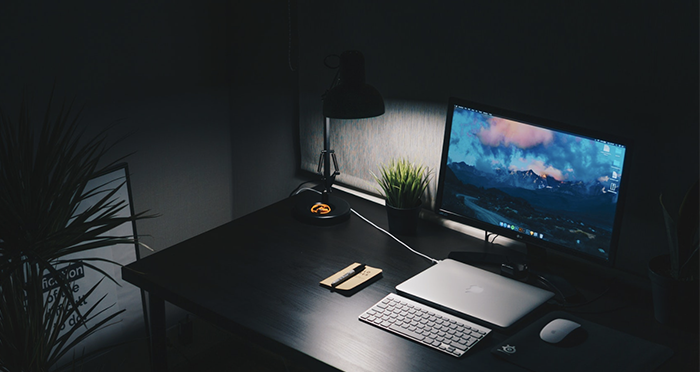 The internet has become an indispensable tool in today’s society. In fact, it’s so integral that according to a 2010 BBC study, four in five people in the world consider internet access to be a fundamental human right.

Although to some this may sound a bit extreme, the survey results seem to reflect the opinion of the majority of academics and commentators. Indeed, access to the web has become such a fundamental aspect of our lives that it has reared its head in human rights jurisprudence. According to the judgment in R v Smith, Article 8 of the European Convention on Human Rights (ECHR), the right to private and family life, home and correspondence, includes a right to access the internet.

But where internet use does seem to generate a considerable debate is when it comes to registered sex offenders and the restrictions they face after their release from prison. The Court of Appeal considered this issue in the above case, scrutinising the possibility of limiting access to computer use in light of the “explosion of everyday internet use by a very large proportion of the public” and concluded that a blanket ban on internet access is impermissible and could not in any circumstances be described as necessary — not even in cases of sex offenders.

“It is disproportionate because it restricts the defendant in the use of what is nowadays an essential part of everyday living for a large proportion of the public, as well as a requirement of much employment,” the judgment read.

Instead, what the courts favoured approach seems to be, as demonstrated in a series of recent cases, is the requirement of preservation of readable internet history coupled with submission to inspection on request. The restriction is reinforced with a partial ban where appropriate, prohibiting communicating via the internet with any young person known or believed to be under the age of 20, or even a total prohibition of the use social networking sites.

But questions still remain as to whether tailoring restrictions on a case-by-case basis is adequate to achieve both community protection and a deterrent effect on sex offenders without depriving them of their human rights. Certainly, the recent case of Jon Venables, who killed toddler James Bulger in 1993, seems to suggest that there is still room for improvement on the courts’ current formula. Venables was found to possess child abuse images and a “paedophile manual” — breaking his parole conditions twice in the past eight years.

Nevertheless, it should be mentioned that not all aspects of the formula are to be condemned.

On the contrary, the validity of the decision to reject a blanket ban on internet access seems to be reinforced by the fact that a full ban would be impeding an offender from many lawful activities including access to social networks, messenger applications and emails and any other forms of online communications that facilitate social relationships. As a survey conducted by the American Psychological Association seems to suggest, it is important these social applications remain available to these individuals. Taking away one’s right to use these applications could have detrimental effects, as it would lead to feelings of marginalisation and social exclusion, which would increase the potential for re-offending and hinder rehabilitation.

Although the idea that sexual predators might be lurking online using social media may seem alarming to the wider public, especially since most youths nowadays are using the internet and social networking sites, the courts have been keen to adapt the restrictions in order to prevent potential online harm when necessary. It is noteworthy to mention that recently Judge Griffith-Jones decided, in a landmark case in Kent, that paedophiles could be banned from using Snapchat because the app deletes images. Sentencing convicted paedophile David King, the judge said:

“Communications will be routinely destroyed automatically, leaving no, or no significant, trace. It’s precisely the kind of application which offenders such as yourself, subject to restrictions, should conscientiously avoid.”

But is this enough to protect our children from potential abuse?

Maria Roche, a Doughty Street Chambers barrister, doubts the efficacy of the method currently adopted by the law, highlighting the ease by which one could evade the restrictions simply by using ‘private browsing’ facilities and having the recordable internet history turned on and off for short periods of time.

Commentators have also questioned the court’s rejection of the Hemsley formula, which was previously employed by the courts. This formula dictated for limited use of the internet, relating only to “job search, study, work, lawful recreation and purchases”. It is the breadth that is inherent to the wording of the phrase ‘lawful recreation’ that the courts fear. Alisdair Gillespie, a professor, has emphasised that because the “term is extremely wide” it could be construed as encompassing all lawful activities. As he illustrates, the formula’s intrinsic difficulty to set a limit would essentially mean that “the offender is only prohibited from undertaking illegal activities”, in which case the restriction would be redundant (as this is the providence of criminal law) and alternative means of monitoring would be more fitting.

One of the other common concerns is the potential capacity for further offending as long as the internet is available in the home, a private space for the offender to do as they please. What is even more alarming, is that those concerns are not only voiced by the wider community and the families of sex offenders but also by some offenders themselves, who branded access to the internet a “temptation”.

As a result, it’s now possible to install a remote, secure server on an offenders’ computer, which uses a catalogue of words, phrases and images associated with child pornography to identify any violations to the monitoring agency. A number of police authorities in the UK are employing it for improved risk management of registered sex offenders.

With US federal court circuits adopting the position that the use of monitoring software could offer such a strong protection that a blanket internet ban is no longer necessary, it is high time that our courts adopt a similar stance on the matter. It is of vital importance that all police and probation authorities across England and Wales adopt and put in use this monitoring software as soon as possible, for the safety and protection of the UK’s children.

Maro Polykarpou is a second-year law student at the University of Nottingham.