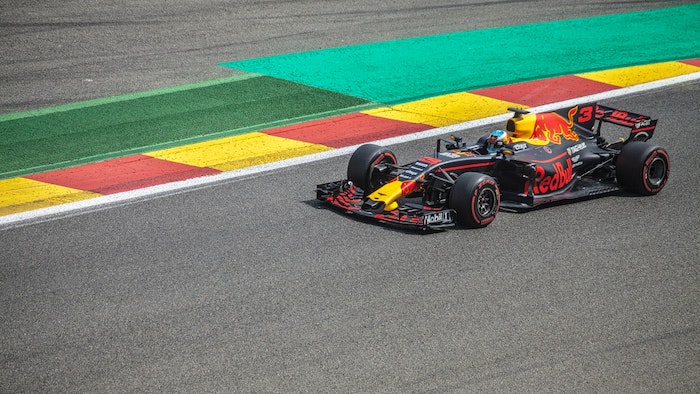 This followed Hamilton’s team, Mercedes-Benz, winning a seventh consecutive Constructor’s Championship at the previous event at Imola. Mercedes’ dominance in the sport is evident. Having re-entered in 2010, the German manufacture, who are based at Brackley in the UK, had a steady first few years back in the sport. However, the 2014 season saw the introduction of a significant rule change which has become known as the V6 turbo hybrid era. Mercedes has won every driver’s and constructor’s championship since.

Formula 1 is the pinnacle of motorsport, where the difference between winning and losing is measured by tenths, and sometimes hundredths of a second. It is a sport where there are millions of pounds worth of prize money on the line. Therefore, teams work tirelessly to maximise the performance of their cars, be it aerodynamics or engine power. Why then, are the teams in F1 not perpetually locked in a public patent war in a bid for supremacy? Why hasn’t Mercedes (who arguably have the best car) patented their innovations that are at the forefront of technological advancements?

If you look deeper, you will actually find that Formula 1 and intellectual property don’t mix.

In the UK, patents are subject to the Patents Act 1977. Patents are available for most industrially applicable processes and devices. In contrast to copyright, patent protection does not arise automatically on creation of a work. An application must be filed and then granted for protection to arise. Once obtained, they permit the inventor to stop third parties from using the invention.

There are also various international conventions which provide international protection. Examples of those that are currently in force are as follows:

There is also the Unified Patent Court (UPC). The UPC settles disputes relating to European patents.

Why should you seek patent protection?

In many cases it takes time for a new technology to take off, and the benefit of some protection from competitors at the outset is very worthwhile commercially. Failure to protect the innovation before its details are published can severely limit, or even wholly undermine, the scope of protection under patent laws or as a trade secret under the law relating to confidential information.

The law isn’t everything

The lack of patents in F1 has been covered previously. James Allen, the BBC News F1 Correspondent, quoted a “senior F1 engineer” stating:

“The lack of patents in F1 is quite simple. It’s because if a team takes out a patent on a design, that then locks in an advantage the other teams cannot access. Therefore, the other teams will simply vote it out through the FIA Technical Working Group process by the end of the season in question.”

F1 is governed by the Fédération Internationale de l’Automobile (FIA). Each year the FIA outline the sporting and technical regulations for the upcoming season. Many teams rely on loopholes within the technical regulations to improve their cars’ performance. However, F1 is fundamentally for entertainment purposes. For F1 to be entertaining, it is arguable that fans would want as many teams competing for race wins as possible. If one team had a consistent advantage over the rest, the sport would become predictable. If a team patented an invention and it was clear that the invention subject to the patent was a clear cause for the competitive edge of the team, then the FIA would rule it illegal for the following season. Essentially, making the patent worthless.

Look no further than the current season and Mercedes’ introduction of Dual Axis Steering (DAS). DAS changes the alignment of the front wheel of the car and is controlled by the driver by pulling and pushing on the steering column. It is used to aid tyre warm up. Yet, the FIA has already clarified the rules making this system illegal for next season.

Another reason is time constraints. As protection only arises once the patent request has been approved, there is time in which other teams can develop similar processes or inventions to negate any tactical advantage.

It is worth noting that F1 is a world championship, covering a vast array of territories. To have the benefit of patent protection, an inventor would have to have applied, and been granted, a patent in each territory. This comprises domain spanning across the globe including; Australia, Singapore, Abu Dhabi, the UK and the USA. Making separate patent applications would be a lengthy and expensive process. There is a more convenient option of utilising the Patent Co-operation Treaty 1970, however that process can take up to 18 months to complete. Thus, rendering any potential technical advantage minimal upon completion.

Ultimately, teams choose to protect their innovations with secrecy not patents. The need to disclose the process when applying for a patent would likely cause the team to lose its competitive edge. Trade secrets, on the other hand, are information which hold a commercial value because they are, by their very nature, a secret.

Action sometimes overshadows inaction. Law is not the only consideration; commercial awareness is key. With the ever-changing landscape of F1, unless the invention can be tailored for use in other areas of the company, such as on-road vehicles, patents are not the best tools, all things considered. It is important to not only focus on the law and the benefits that it can provide. The business’ interests need to be considered, along with an understanding of the industry in which they operate and what their ultimate goals are.

With a major rule change coming in 2022, in a bid to even the playing field once again, who will come out on top? Which team will lead the way in innovation? Who will be the next champion of the world?