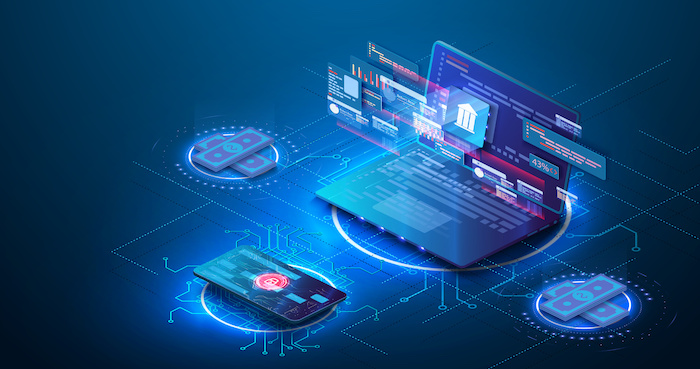 If you are a law student interested in working in the corporate or commercial sector, then you will need to understand not only how secured transactions work, but also why taking security is such an important business decision for a lender.

To give some context, a secured transaction is one where a lender lends money to a borrower and, in return, the borrower gives the lender a proprietary interest in its assets (security). The assets could be all or any part of the borrower’s property which might include land, premises, plant and machinery, work in progress, intellectual property, book debts or investments.

The critical legal point here is the creation of the proprietary interest in the borrower’s assets in favour of the lender. You may ask yourself two questions at this point. First, why would a borrower allow a lender to obtain property rights over its assets and second, why would a lender want them? The answer is that such an arrangement is mutually beneficial.

The benefit for the borrower is that it gets the money it needs to run its business. It may also get the benefit of paying a lower rate of interest on the loan than it would have obtained if it had not granted security over its assets.

The benefit to the lender is that in the event that the borrower becomes unable to repay the loan (i.e. becomes insolvent), the lender can exercise its proprietary rights over the borrower’s assets and sell those assets to generate funds to repay the debt.

So far, so straightforward, you may think. But despite the simplicity of the commercial structure and the fact that the law works well in practice, the reality is that English secured transactions law is complicated and highly technical. This is not a good thing, as laws which are complicated and technical tend to result in increased transaction costs for the parties involved.

Discussions about reforming English secured transactions law are not new. In fact, discussions as to how this can be achieved have been taking place for almost half a century. The good news is that progress has been made, even if it has not yet resulted in legislation.

In 2015, the City of London Law Society produced a draft Secured Transactions Code (the Code) to codify and update the English law of secured transactions for the twenty-first century. Over the last five years, the draft has been updated and modified following extensive discussion among academics and practising lawyers.

This article will discuss some of the main changes the Code seeks to introduce and explain why it makes sense for the UK government to consider enacting the Code as legislation as we move into the post-Brexit, COVID-19 rife world.

What is the matter with English secured transactions law?

It has already been noted that the law in this area is complicated. But why is this the case?

Each of these kinds of security has its own legal construction: a pledge is a common law security interest, whereas a charge can only exist in equity.

When it comes to mortgages, they can be legal or equitable. Whilst it may be that a lender might choose to take an equitable rather than a legal mortgage for specific reasons, equitable mortgages may arise unintentionally if the formalities for a legal mortgage are not completed.

There is a further distinction to be made between the legal mortgage and the legal assignment. A legal mortgage can be created over a chose in possession, but when it comes to a chose in action, then an assignment under section 136 of the Law of Property Act 1925 will be necessary to obtain legal equivalence. But again, if the formalities for the statutory assignment (rather unhelpfully referred to as a “legal” assignment in the legislation) are incomplete, it will only take effect in equity.

At this point, we must not forget the humble charge, which exists as a creature of equity and is the workhorse of the secured transactions trade. It must, nevertheless, be distinguished from the statutory charge by way of legal mortgage created under section 85 of the Law of Property Act 1925 that applies to land.

Finally, we need to recognise that there are two types of charge — the fixed charge and the floating charge. The distinction between the two is critical when it comes to the insolvency of the borrower, as a lender may — to its disadvantage — have to cede some of the value of a floating charge to specified priority creditors.

Into this mix bring the necessity for formalities, the registration of security interests (both at Companies House and in asset registers) and the complex rules on the order of priorities, and it is apparent that the English law of secured transactions is very complicated indeed.

It is hardly surprising that English law is as technical as it is; it has developed largely through case law over a period of 400 or so years. Even the Law of Property Act of 1925 is now almost a century old. Modernising and simplifying the law makes complete sense, particularly as most modern security documents are drafted to overcome any subtle distinctions between the different types of security interest all of which have broadly the same effect in any event.

The advantage of setting out the existing law in the Code means that the law can be presented clearly and concisely in one place.

Simplification of terminology is key. Instead of a multiplicity of different security interests, the Code opts for the term “Charge” to encapsulate all of them.

This means that there will no longer be a distinction between fixed and floating charges. This is important, because on an insolvency, it is often a vexed question as to whether a charge will be construed as fixed or floating for the purposes of determining the value to be apportioned to different classes of secured and priority creditors. Debating the issue takes time and costs money — to the disadvantage of the ultimate creditors.

The Code also simplifies the priority rules between chargees as well as minimising the formalities required to create a charge. It has long been recognised that it is not always possible or practicable to obtain manuscript signatures on transaction documents — something brought into sharp relief by the COVID-19 pandemic. The Code reflects the digital reality of current practice and allows the electronic execution of documents.

Having clear, certain and easily understandable secured transactions laws can only be of benefit to anyone seeking access to finance. The modernisation of the English law of secured transactions in the Code will achieve this clarity as well as retaining much of the flexibility of the existing law.

In times of economic crisis such as the present, providing easy access to finance is an essential part of supporting the UK recovery and is therefore a social good. But the advantages of the Code go beyond the UK. The UK government should be encouraged to adopt the Code as legislation not only for its societal benefits, but also because the Code could serve to enhance the attraction of English law to overseas investors as the UK leaves the EU.

And, of course, adopting the Code will have an undoubted advantage for law students who will no longer have to cudgel their brains quite so hard to grip this legal lexicon.

Like all the best secured transactions, adopting the Code is a win-win for everyone.

Professor Paula Moffatt is Director of External Engagement at Nottingham Law School, Nottingham Trent University and is a member of the City of London Law Society’s Advisory Group on the Secured Transactions Code.