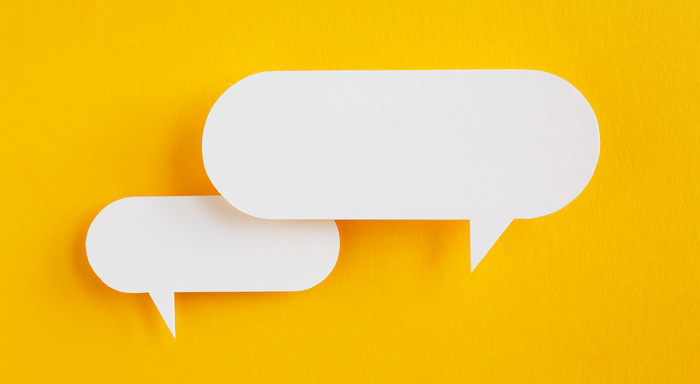 The results of the first Solicitors Qualifying Exam (SQE) were released by the regulator last week, with just over half (53%) of the 1,090 candidates receiving the news they had passed.

The SQE is a step-change in how future solicitors are examined in England and Wales. It is too early to draw firm conclusions about its success or impact, but the preliminary statistics do, however, raise questions and potential concerns.

Legal Cheek‘s Aishah Hussain spoke to some of the key players in legal education and training to understand what the results mean for students and the wider profession.

Is the pass rate too low or just right?

Questions abound whether the 53% pass rate is too low or just right for the first ever SQE1 round.

Solicitors Regulation Authority (SRA) board chair Anna Bradley said the results suggest “it was a robust, fair and reliable exam” and while the full benefits of SQE are to be realised, “this is a good start”. The SRA’s outgoing education chief Julie Brannan echoed Bradley’s comments, emphasising to Legal Cheek that “this isn’t a numbers game, it’s a standards game”; the exam aims to objectively test candidates on whether they meet the standard of a ‘day one solicitor’.

“The standards were appropriate, fair and rigorously applied”, continued Brannan, who recently announced her retirement in June.

The pass marks of 57% for FLK1 and 56% for FLK2 were set using a Modified-Angoff method involving a panel of qualified solicitors who considered each question and estimated the proportion of newly qualified solicitors that would answer them correctly. Employing ‘standard setting’ rather than a fixed pass mark is widely accepted as a valid approach in professional exams, such as the Bar Standards Board (BSB) centrally-set assessments in civil and criminal litigation, but carries a risk of introducing subjectivity into the process as the pass mark depends on the perceived level of difficulty of the assessment.

There were mixed reactions among academics at the various SQE training providers.

Professor Peter Hungerford-Welch, associate dean in postgraduate and professional programmes at The City Law School, said the headline pass rate is “disappointing”. Expanding further, he said this could be a consequence of the volume of material assessed in the two SQE1 exams (FLK1 and FLK2) which combine knowledge formerly required in the qualifying law degree with knowledge from the compulsory practice areas on the Legal Practice Course.

Lucie Allen, who recently assumed the role of managing director at BARBRI, also found the overall pass mark to be “a little low” but said that isn’t surprising given the major shift that candidates experienced. “The exams covered 16 different subject areas and 360 multiple choice questions — it’s challenging, to say the least,” Allen told Legal Cheek. “However, the results do indicate that candidates can and will thrive with the right preparation and support,” she said, adding: “We are tracking at a 79% pass rate which is significantly higher than the overall SQE1 average.”

Of note is the difference in pass mark between the two functioning legal knowledge tests. A higher proportion of candidates passed FLK1 (67%) than they did FLK2 (54%). On the difference, SQE independent reviewer Geoff Coombe said: “It is possible that as candidates take FLK2 just three days after FLK1 they were becoming fatigued and/or had less time to prepare as well for FLK2.” He suggested the SRA monitor the difference and see if it may be worth considering spacing the exams further apart.

All things considered, the 53% pass rate shows that the SQE is not an easy set of assessments to pass, according to BPP University Law School dean Jo-Anne Pugh. “As well as the sheer breadth of knowledge covered in the assessment, the pass marks of 57% for FLK1 and 56% for FLK2 will be a shift for many learners, most of whom will be used to a pass mark of 50% in their earlier studies and many of whom will not have been previously assessed at the level of a day one newly qualified solicitor,” said Pugh.

Dr Giles Proctor, chief executive officer of The College of Legal Practice, was of the view that the results were “broadly in line” with expectations for the first exam. He said, however, that “we expect to see this increase slightly over time as the make-up and the size of the cohort changes and increases”.

We do not know how representative this first cohort of SQE candidates has been compared to what it will be in future years. The SRA reports those who took the November 2021 assessment were mostly paralegals, apprentices and overseas lawyers. A quarter (25%) of exam-takers said they were already qualified lawyers (either an overseas lawyer or a barrister), while over three-quarters (76%) had already accumulated two years of ‘qualifying work experience’. It may take a while for a “typical” student cohort to become discernible, said Hungerford-Welch, and the results of students undertaking the SQE as part of an LLB or training contract, for example, to feed through. Moreover, only 27 solicitor apprentices were part of this first sitting, and we can expect this figure to increase in future cohorts.

The SRA will also be able to better contextualise Friday’s results after further SQE1 sittings. “It’s very early days, and we’re still in the transitional phase,” Brannan told Leal Cheek. “We had just over 1,000 candidates for the first sitting and we can expect around 10,000 in the future — the results represent a tenth of the ultimate expected cohort.”

One of the founding aims of the SQE was to make the solicitor profession more accessible. Yet, with just 53% making the grade, will it set out to achieve this aim?

Allen and Proctor were of the view that the flexibility offered by the SQE and particularly the change in requirements for training to qualifying work experience from the training contract, will increase access to the profession in the long term.

Hungerford-Welch, however, thinks there is still work to be done. Referring to the SRA’s statistical report, released alongside the results, he said: “A possible explanation for the difference is prior educational disadvantage but the statistics, which use a common ‘proxy’ for socio-economic background (namely, whether either or both parents attended university) suggest that this is not a major factor (the pass rate was 58% for candidates with one or both parents having attended university as against 51% for candidates where neither parent attended university).” However, he noted, “Access to work experience (often a function of ‘social capital’) shows a pass rate of 57% for those who have undertaken some qualifying work experience as against 43% for those who had not.”

Of greatest concern is the breakdown of results according to ethnic group, he continued. The SRA identified an “attainment gap” among ethnic groups: some 65% of white candidates passed SQE1, compared to 43% Asian and 39% Black candidates based on a 40% disclosure rate. The regulator said it has a range of measures in place to ensure the SQE is “free from bias” and last month drafted in Exeter University to look at what causes different levels of attainment for ethnic groups in professional assessments. The results are expected towards the end of 2023 or early 2024.

“Whilst the SQE is not alone in having significant differences in pass rates, there is a need for research into the reason for this difference in the context of the SQE and for consideration of strategies for remedying the disparity,” said Hungerford-Welch. “This is something where the SRA could usefully work with the BSB (whose centrally-set assessments also take the form of multiple choice/single best answer questions).”

All in all, last Friday was a “landmark day in legal education”, said Peter Crisp, deputy vice chancellor of The University of Law. Candidates will now have to consider whether they progress onto SQE2, for which bookings open on 31 January and close on 7 March 2022. If they failed the first stage of the assessment, they have the opportunity to re-sit the exam with the next cohort of aspiring solicitors in July 2022.

Planning to sit the SQE but unsure what your funding options are? Legal Cheek is partnering with BPP University Law School for a virtual student event tomorrow (Thursday 27 January) exploring the different funding options on offer. Apply for one of the final few (and free) places to attend.

Those who said the SQE would lower standards are looking a bit silly now. At last we have a fair and objective test, without those setting the exams having an incentive to bump up the pass rates.

It certainly seems to be of a higher standard than first expected, there is still the problem of whether the LPC will still be prioritised over it during the transition period.