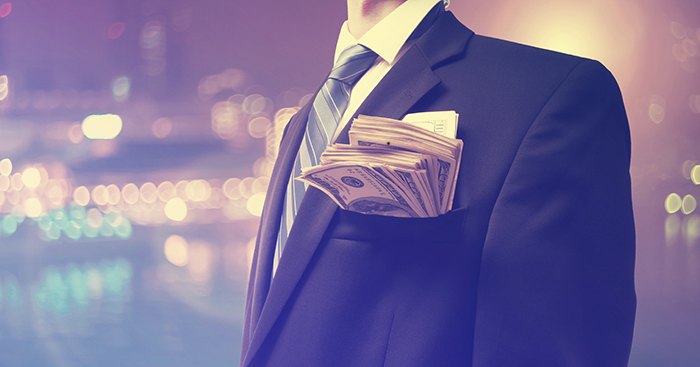 Three US law firms have increased the salaries of their trainee and newly qualified (NQ) lawyers in London, Legal Cheek can reveal.

Morrison Foerster has bumped its rookie pay by £10,000 to match the top market rates, The Legal Cheek Firms Most List 2023 shows. First years will now take home £60,000, whilst second years can expect to receive £65,000.

MoFo has also increased its NQ base pay from $202,500 to $215,000. Because the firm only adjusts its currency conversion rates every January, NQs will be paid a base figure of roughly £156,000, although this sum will likely increase in January upon a re-adjustment of the conversion rate.

Meanwhile Linklaters and Allen & Overy still silent despite being overtaken by silver circle firms like HSF months ago.

It was apparently raised by partners in A&O last week in a Q&A with associates but by all accounts expectations were dampened. Although still “under review” supposedly.

Apparently it was mentioned by partners in A&O in a Q&A with associates of a particular dept last week – told it was still under review by but all accounts expectations were dampened down.

Any word on Links?

How did you get that photo of me? I have my ‘gram account set to private so only the ultra wealthy and certain models can see it.

One of the Clapham PR girls from Hinge who no longer talk to you leaked it to me.

Cheap shirt and tie, I see. As one would expect.

Gibson Dunn are paying more than £161,700 NQ as their pay rates are pegged to the Dollar

Update Other US Firms!

Kirkland increased maintenance grant to £17,000 for LPC and they increased salary by adjusting conversion rate to £182k for NQ.

Source on conversion rate adjustment? Has it only been changed for NQ?

LegalCheek is the source funnily enough – check the firm profile.

Lots of love for W&C but £140k is not good enough anymore, particularly given how successful the firm is and continues to be.

Absolutely can not have a NQ salary lower than Dechert. Market expectations must be met. Should be the same as Sidley or Goodwin, if not more.

Incoming Trainee at W&C by any chance?

How successful the firm is and continues to be? Ha. You have no idea what the projections for end of year revenue and PEP look like…

The sense of entitlement is astonishing. Why should it be the same as Sidley or Goodwin? Are those firms also full service, with offices in random, unprofitable locations?

What are the current rates for NQ/1PQE at Paul Hastings and Milbank? Anyone?

Anyone know what the salary is for 2PQE at Mishcons?

Deluded. The numbers speak for themselves. The firm had it best financial year ever last year. Heading toward the $3 billion mark, with London alone pulling in nearly half a billion. PEP at $3.5 million – so I think the firm is doing just fine.

The fact that the firm is full service is the reason that success. As much as you don’t seem to like it, W&C’s earnings simply dwarf those of Sidley and Goodwin.

Nothing entitled about wanting to receive compensation which reflects the above.

Worried with a banana

The apes? I’ve seen the films.

So many firms are still just offering £10k for LPC/SQE. Has anyone tried contacting theirs to ask for an increase? I don’t know how to go about saying can we have more money please

It’s the audacity for me

65k for a trainee? How good can they be?

Every time a salary a rises, a city partner sweats profusely

Someone ask how the dwf head partner is holding up loool

Late to the party

There is no tangible difference in what the US firms are paying despite the pre-tax differences, e.g. the difference between a £130k and a £180k salary post-tax, assuming a 40k pension with 8k employer contributions, is £17k post-tax saving. And while £17k is not to be sniffed at, people tend to work at Kirkland for 2-3 years, and given how high the salaries are generally as a lawyer, this sum of money is not likely to be noticeable, particularly if you slightly offset your lifestyle in consideration of the perception you are a big baller (i.e. you spend 400 on better timed flights than 200, you’ll take the 200 a night hotel rather than the 125). It is better to jump from a Jones Day to a Kirkland at a more senior level if you’re interested in the money where the after tax discrepancies are higher, but what tends to happen by that point is burnout and people preferring a 9-7 in-house for 150k rather than another few sweaty years working even longer into their 30s.

Heard the shed is increasing to 100k. Can any shed lawyers confirm?