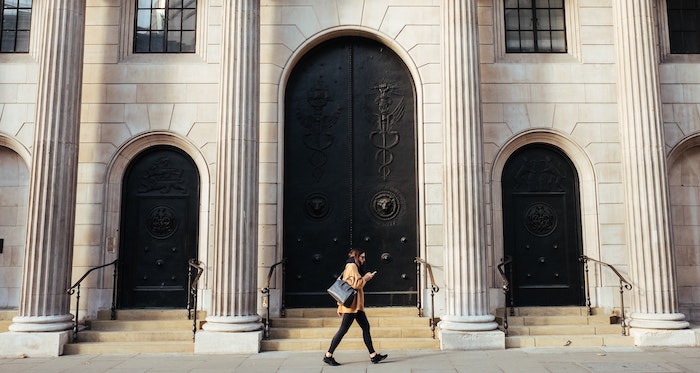 The Bank of England has selected The University of Law (ULaw) to prepare its in-house trainees to sit the Solicitors Qualification Examination (SQE).

The new deal will see the bank’s rookies undertake the SQE apprenticeship programme at ULaw from autumn 2023. This includes both exam prep for SQE1 and 2 as well as additional training on key practice areas, the business of law, and technology and innovation.

The bank’s apprentices will study the SQE on a part-time basis, with regular time off from their job each week to study for their exams.

“As a public body, the Bank of England deals in issues that affect everyone. This is an exciting opportunity for graduates to join a legal team at the very heart of the UK financial sector. We are delighted to be working with the Bank of England to support their early talent at the start of their legal careers and their individual journeys to becoming technically excellent lawyers with the right mindset, knowledge and skills to truly make a difference.”

The shift to the SQE has seen competition among legal education provider ramp up as they jostle for market position.

This latest tie-up builds on the Bank’s existing relationship with ULaw, which also has done deals with the likes of Clifford Chance, Taylor Wessing, White & Case and Muckle.

Rival BPP University Law School has arrangements in place with Osborne Clarke, Dentons, Walker Morris and the City ‘consortium’ — an influential group made up of Freshfields, Herbert Smith Freehills, Hogan Lovells, Norton Rose Fulbright, Linklaters and Slaughter and May.

BARBRI has partnered with the likes of Bryan Cave Leighton Paisner (alongside BPP), Baker McKenzie and Reed Smith, while The College of Legal Practice is supporting Accutrainee, Flex Legal and Welsh commercial law firm Acuity Law.

Most recently, Metro Bank’s tie-up with BARBRI saw it become one of the first in-house legal teams in the financial services sector to support graduates through the SQE.