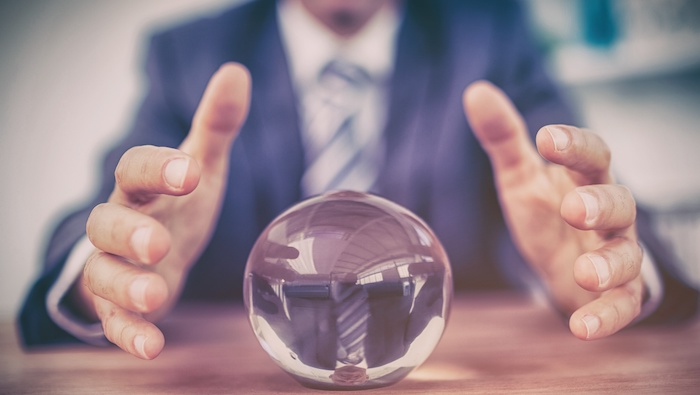 It’s been a busy year for City law firms and aspiring lawyers.

TC numbers and NQ salaries are at all-time highs, financial results have been stellar, and the US elite corporate firms are looking stronger than ever in the London legal market. However, with a recession on the cards, adaptability is on the mind of many City firms who are looking to ensure that they are prepared for a change in the economic environment.

US competition, maintaining high levels of profitability in high inflation conditions, new technology and the growing importance of climate change have all played an important part in shaping the current tides of change this year.

It’s been a good year for NQ pay rises and, despite the more turbulent economic winds and tech layoffs, there’s no sign that this trend will be slowing down any time soon. US law firms continue to be aggressively increasing NQ wages with Weil bumping pay to £165k and Cleary Gottlieb climbing to £160k effective on New Year’s Day.

At present, firms are dishing out NQ pay packets of around £170k at the very top end, according to the Legal Cheek Firms Most List. But will the roof be raised any higher? These firms are incredibly strategic, competitive, and effective when looking to acquire talent and seem to have been going from strength to strength in the London legal market, overtaking the Magic Circle in corporate practice revenue. It will only take a few more firms to crowd the £160k-£170k pay range before the most ambitious will seek to get their noses in front again with a bigger bid.

Last year, Latham & Watkins stacked up $5.48 billion (£4.54 billion) in revenue, whilst Kirkland & Ellis broke the $6 billion (£4.97 billion) barrier for the first time, adding a whopping £1.2 billion compared to the previous year. And it achieved this all whilst keeping a steady profit margin. It will be interesting to see how the Chicago-bred firm has been able to turn its hand to restructuring work and whether adding another $1 billion (£828 million) or so is possible for the two titans of international corporate law.

Current omens suggest it’s a possibility. In October, it was revealed that Kirkland & Ellis had a record number of partner promotions for the fifth year in a row and a big new office in Miami, a city whose stock has risen greatly with entrepreneurs in recent times. But rumours that bonuses were not at the same eye-wateringly above-market levels and stealth layoffs are perhaps warning signs that we shouldn’t get too carried away. Ever a firm to dazzle when it comes to financial results, I’m more of the mind that we may be nearing the $7 billion (£5.8 billion) mark!

The Magic Circle enjoyed a decent financial results season during the summer with Allen & Overy and Freshfields both seeing a 10% increase in revenues. A striking theme in these two top performers within the Magic Circle has been their growth in the US market. Freshfields revealed that the headcount in their Silicon Valley office, launched in 2020, has doubled, whilst A&O said more than 50% of its revenue growth came from activity across the pond.

Further evidence of the importance of having a strong US presence is Osborne Clarke. The firm, which has had offices in San Francisco and New York since 2000 and more than doubled its US team over the last 18 months, saw a stellar 20% rise that even “surprised” its international chief executive Omar Al-Nuaimi. Now, OC’s former UK managing partner Ray Berg is jetting out to San Francisco, a reflection of the importance that this market symbolises for the firm.

Given that there have long been doubts surrounding the Magic Circle’s US calibre, might one be moved to consider a US merger? A&O has long toyed with the idea, nearly tying the knot with US outfit O’Melveny & Myers back in 2019. Losing home ground to elite corporate US firms may incite a desire to strike back as the Magic Circle hope to enchant the US market with the help of a magician’s assistant.

The end of Watson Glaser tests

People have long pondered how AI could effect the legal sector. But it appears that its most immediate impact will in light of ChatGPT be to see the Watson Glaser test either drastically reformed or banished into the hinterlands (perhaps to cries of joy from many an aspiring lawyer and shrieks of concern from graduate recruitment teams overrun with thousands of applications).

If such a change does come about, it is worth reflecting on what, if anything, should replace these tests. Much has been written about the arbitrariness of Myers-Briggs personality-style tests and the like, with its origins in rooting out soldiers who were more likely to get ‘shell shock’ in WWI. So, what will be the most effective at signposting the key skills future City lawyers should have acquired and encouraging those from a wide range of backgrounds to apply?

This year has seen growing calls from lawyers and students to change the legal profession to ensure that climate is at the forefront of everything they do. An open letter signed by some 150 legal experts argued that lawyers “must use their influence for good, supporting their clients in making the urgent transformation to business practices that is required to avert disaster”. This involved an ethical obligation to inform clients of the environmental risks to any actions they wish to pursue and ensuring the courts bear in mind the 1.5 ̊C threshold.

In turn, law firms and universities are looking to respond to this trend. Just recently, Keele University launched the “UK’s first” climate crisis LLB that aims to equip students with the tools “to impact real world challenges, especially the active pursuit of environmental sustainability”. Law firms have also been taking some more radical steps with Shoosmiths enacting a £200 “levy” on their lawyers if they choose to travel for business by aeroplane. In light of all this, I believe this may be the year that the climate crisis movement finds its way into a City law firms’ training programmes. The tech craze has brought a spate of tech-centric TCs, so why not have a ‘climate change training contract’?

City Insider has keen interest in all things City law.

Of course NQ pay rises are at the top of the legal cheek 2023 wish list. Get that article template and USD stock photo at the ready!!

1. The UK salaries at the top-paying US firms are loosely based on the Cravath scale (accounting for different applied USD-GBP exchange rates)
2. There weren’t any special bonuses for the big Wall Street firms, indicating little appetite to continue the salary wars and current economic headwinds / stealth and overt layoffs in BigLaw
3. There has not been any announced increase in the 2022 Cravath/DPW/Millbank salary scale (yet) – and even if an announcement comes in the next month or two (as it did in 2022), for NQ salaries to hit over £200k, there would need to be a material bump (>10%) in that same Cravath scale, which appears highly unlikely in the current economic environment.

I think 2024 is a more realistic timeline for NQ salaries to hit the £200k mark – there’s a general feeling in the PE/M&A world that the back end of 2023 is going to be completely bananas (once the market bottoms out and firms have confidence over valuations and decide its time to deploy funds) – and so early 2024 looks like the next pitstop for any meaningful salary changes for the US firms that are currently paying top of market (basically when enough people burn out and decide to exodus BigLaw and they need to pay a premium for talent).

A critical mass of people leaving for juicier pay packets at US firms – or just burning out and downsizing – would really put the cat among the pigeons at the MC firms. Let’s see what 2023 has in store.

US firms are no longer hiring. The perception that magic circle just walks in is not really true. If demand is high, then of course it is easy to move from the magic circle. However, when demand falls such as in March-September 2020 when hiring freezes were in place, there are normally several magic circle associates competing for one spot. And there is no guarantee in such a market that the hiring firm might not decide to hire someone from a non-MC firm anyway, particularly at junior level. We have often interviewed MC junior associates who could not perform technically and/or socially in interview and gone with someone from elsewhere who was far more impressive. When we need bodies we just hire both.

I don’t see NQ salaries hitting £200k. A lot of these salary rises are with US firms because the pound is weak.

We are heading into a recession and there’s been a slowdown of M&A and LevFin deals. £200k won’t happen this year unfortunately.

Those who are in US firms would be cognisant of the reality that profitability has taken a hit due to soaring associate costs and reduced workload. Crucially, management is now regretting for over-hiring in PE and finance where pipeline looks bleak and associates sit on their arses all of 2022. Several firms have commenced stealth layoffs of under-performers and I expect this to continue in 1H 2023.

I very much doubt NQ pay would exceed £200k in 2023 because it would no longer be necessary to pay above the already absurd remuneration to keep employees.

Also there will likely be downsizing of many US firms (including the top ones) in order to preserve their bottom lines. The talent war facing UK firms will therefore ease. While the top US associates are always looked after by their partners, the weaker ones would appreciate some job security at a better structured institution albeit the pay cut.

Which firms are cutting? Magic circle and silver circle firms?

Kirkland is the master of stealth layoffs

The phones in most corporate departments are ominously silent……….

Not overly stealthy given we all know they launch people off the top of the Gherkin circa 5-7PQE when it’s clear you arent going to make salaried partner.

DWFer in Walkie Talkie who can see everyone!

£200k NQ salary will certainly take a while.

2025/6 onwards, and only at the top shops with USD currency fluctuations assisting the rise to £200k.