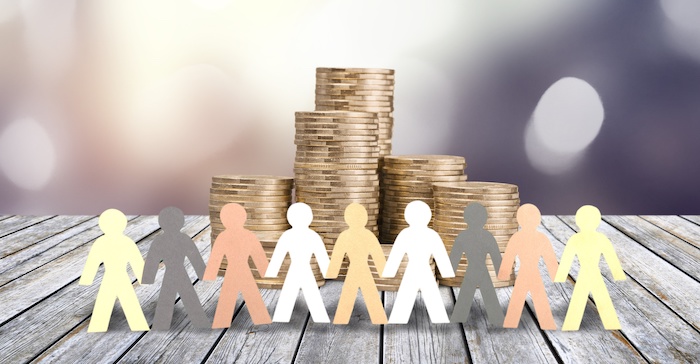 As the scale of legal crowdfunding grows, so have calls for regulation.

Online platforms increasingly allow people and organisations to raise the money they need to go to court via small donations, but critics worry about the lack of controls on how donors’ money is spent.

The latest intervention comes from the anonymous but respected legal commentator Spinning Hugo, who says that crowdfunding should only be allowed for specific cases, with general fundraising for worthy causes left to properly regulated charities.

The blogger was responding to the Legal Defence Fund for Transgender Lives, set up by the Good Law Project. It has raised over £134,000 in the past few months to “tackle the tide of transphobia — and its legal consequences”.

Unlike previous legal crowdfunding efforts, the money is not being raised for any one specific case, although part of it is being used to help challenge a High Court ruling on whether children can consent to taking puberty-blocking drugs.

In a series of tweets, Spinning Hugo argued that “there doesn’t appear to be a trust for anyone, or any control that the donors can exercise over the funds’ subsequent use… crowdfunding for litigation to protect, say, LGBQT rights is much better done by charities, who are necessarily regulated”.

In order to understand why we need to regulate crowdfunding, and why this isn't ok at all, we need to look at the regulation governing the GLP, and what they're raising money to do.

They added: “we need to limit crowdfunding to that for specific cases”.

Barrister Steven Barrett agrees, predicting that “large pools of money taken from the public and put in to the hands of a few for an unspecified purpose seldom remain unregulated for long”.

We could recognise these as trusts … Or alternatively we could expand the FCA perimeter to include them.

But yes, large pools of money taken from the public and put in to the hands of a few for an unspecified purpose seldom remain unregulated for long.

Last year the Good Law Project raised £374,000 in case-specific donations but also £222,000 in “membership income and general donations”, according to company accounts.

The organisation has made extensive use of the CrowdJustice platform. Crowdfunders in the name of the Good Law Project or its director, Jolyon Maugham QC, have raised over £2 million since 2017.

When an individual is using CrowdJustice to fundraise for their own case, the money raised goes directly to the person’s solicitor or legal representative. But when the fundraising is by “an organisation, charity or NGO” or for a “general legal project”, the CrowdJustice terms of use allow the organiser to collect the money directly.

Barbara Rich of 5 Stone Buildings points out that a private company raising money in this way lacks “the definition of objects, legal duties and liabilities of trustees, or supervisory regime of a formal, registered charitable trust”.

The Good Law Project is a private company limited by guarantee, rather than a charity or community interest company, although its articles of association state that it is not for profit. The company did not respond to a request for comment, but Maugham has previously called for “careful regulatory intervention” on crowdfunding. He has also criticised “crowdfunding cases where people are raising for only very vaguely specified pieces of legal work”.

Lawyers involved in crowdfunding are bound by their usual professional duties but there is no regulation of crowdfunding specifically. In a 2019 paper, the academic Joe Tomlinson called for legal regulators to get involved, saying that “the crowdfunding model is open to use by a wide variety of actors and therefore potentially abuse of various kinds by both the malevolent or misguided”.

Marcus Ball, who devoted several years of his life to a crowdfunded prosecution of Boris Johnson, has revealed that losing the case left him £200,000 in debt despite raising over £500,000 in crowdfunding.

The solicitor involved, Tasnime Akunjee, told Legal Cheek in November “I am hoping to get the report to [the organiser] in the next week or two” but did not respond to our latest request for comment.